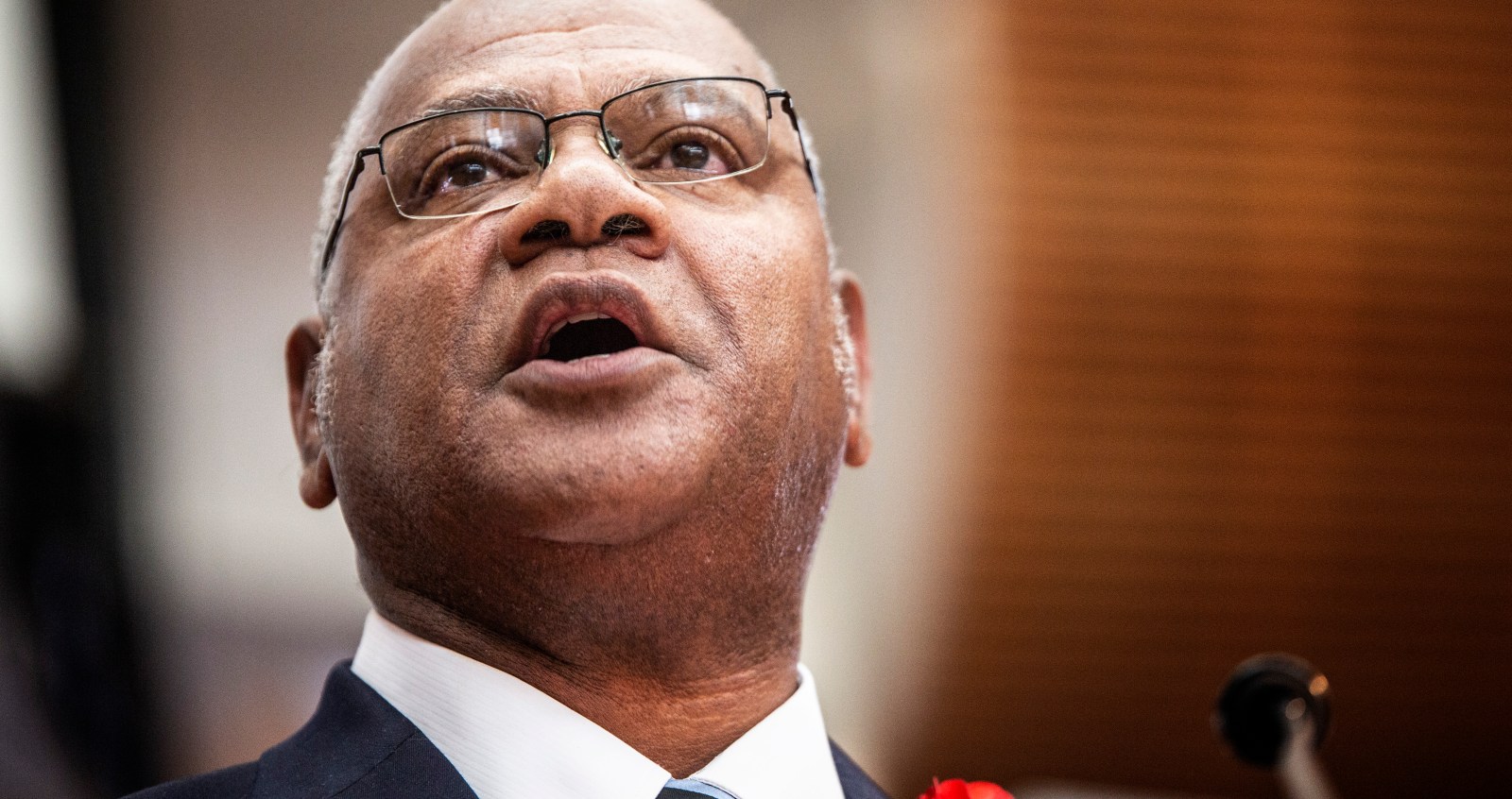 Those of us on the frontlines of human settlements delivery know how fragile progress can be, especially given the R1.3-billion in City housing projects under threat of illegal occupation, regulatory red tape besetting South Africa’s public housing sector and a weak economy worsened by Covid-19 lockdowns.

Add to this the R118-million cut to our Urban Settlements Development Grant this year as national government seeks to plug the holes of mismanagement. We spent a full 98% of this grant in 2019/20, despite lockdown disruptions, and could do with far more grant funding — if only the broke national fiscus could manage it.

Cape Town’s Mayoral Committee (Mayco) has all the will in the world to push back against these obstacles to progress at every opportunity, contrary to the claims made in “Open Letter to Cape Town Mayor Dan Plato” in Maverick Citizen on 24 December 2020.

The authors make the usual disingenuous argument we’ve come to expect from the Social Justice Coalition (SJC), Ndifuna Ukwazi and other NGOs in the same stable.

Under their latest banner of the Khayelitsha Community Action Network (CAN), the same individuals repeat the false notion that the City alone has enough money to simply build houses quickly, thereby eliminating informality and the structural fires affecting these settlements annually.

It is conveniently not explained how this swift end to informality would be possible for Cape Town, or indeed any metro. As a comparatively well-run city, our overall Covid-19 budget deficit is R2.1-billion this year, which we’ve bandaged using limited reserves built up by good governance over the years.

There is also the issue of mostly well-organised attempts to illegally occupy land, even in instances where it is dangerous for human habitation, an act which is all too often supported and facilitated by these NGO groupings and other political opportunists.

Regarding two recent major fire incidents in Cape Town informal settlements, the letter’s lead author has, however, since conceded on Twitter that “the type/frequency of consultations & the urgency the #Masiphumelele #Taiwan fire victims are receiving now is amazing, and in my view, unprecedented. Minister Sisulu, [MEC] Tertius Simmers, and [Mayco member] Malusi Booi are posting updates every day…”

As a caring and capable state, the City immediately executed our fire response protocols, setting up Joint Operational Command (JOC) points to coordinate site-clearing; reinstate basic services; verify those affected; help them navigate the SASSA relief bureaucracy; and geocode each household to a location where their emergency temporary housing is being erected by the City as part of the intergovernmental response.

My office further released more than 1,500 mattresses, blankets and emergency food aid to feed a family of four for two weeks. This is besides the donations mobilised via the public and our dedicated NGO partners, to whom we are grateful. The speed and commitment of the response is not unprecedented. You will find the City mostly has a commendable response time, if all goes according to plan.

As mayor, I initiated the declaration of local disasters in the affected areas, for which over R100-million in short- and longer-term relief funding has already been committed to by the national and provincial governments.

In the past, the City funded fire kits as a basis for residents to rebuild structures, without the incident having to be declared a disaster. Cape Town was the only metro offering this additional support — until funding dried up with the latest national grant cut.

Initiating local disaster declarations, in cases where the legal conditions are met, is therefore an important means of ensuring accountability from national government, and of potentially unlocking vital emergency funding.

Safer Alternative Building Technology (ABT) will underpin the sustainable long-term solution in fire-prone settlements going forward and is indeed an unprecedented feature of the current fire response, made possible by disaster funding.

The Western Cape government is currently overseeing an expedited tender process to secure this building technology, and the City is this month set to pass a R113-million procurement of civil engineering services that will enhance our ability to deliver serviced sites, both proactively and in response to disasters over the next five years.

This is in line with the City’s new Human Settlements Strategy, which includes a shift towards proactive serviced site provision; further upgrading of informal settlements; well-located social rental opportunities; and enhanced public and private sector partnerships to meet housing demand.

It can’t be overstated just how much progress hinges on preventing unlawful occupations on designated sites for development. In Masiphumelele, over R12-million is set aside for security, and a further R2-million for a fence and road buffer to prevent further occupation of the wetland area, which has never been suitable for dwellings.

Indeed, our country’s entire housing programme – including the upgrading of informal settlements — depends on protecting land from illegal occupation. We owe this not only to ourselves as residents of a growing city, but also to future generations who will require land for schools, hospitals, housing, transport infrastructure and community facilities. The City has already lost two substantial projects, one in Kraaifontein and one in Khayelitsha due to large-scale orchestrated land invasions.

All role players in society have a responsibility to actively discourage the illegal occupation of land in general. This is the biggest driver of the fire and flood damage we see each year, with the majority of sites invaded over the last year being unsafe and not suitable for dwellings.

In this regard, the SJC should take heed of its own advice and not engage in the insanity of “doing the same thing over and over, and expecting different results”.

The much-publicised recent altercation between SJC members and Minister Lindiwe Sisulu actually relates to the SJC’s support for an illegal occupation of land in Khayelitsha, which threatens to derail a R162-million water pipeline the City is building to enable future growth and housing development in Khayelitsha as a whole, and to increase water pressure for 11,000 Enkanini residents.

It is an under-reported fact that the City has a court order mandating protection of this site because of its service delivery importance. We do not have funds to redirect the water pipeline — for a second time — due to illegal occupation along its pathway.

For months, SJC members have been demanding services for the unlawfully occupied site, also knowing full well that much of the area is actually an unsafe stormwater retention pond which floods every year. It has been designed to catch water.

This is the same NGO grouping that helped stage highly publicised unlawful occupations in central Cape Town under Ndifuna Ukwazi’s “Reclaim the City” banner, stalling planned social housing projects on these well-located sites ever since and deciding themselves, subjectively, illegally and arbitrarily, who gets a housing opportunity and who does not.

When an Airbnb establishment was recently illegally occupied in Camps Bay – threatening the tourism industry and those who depend on it – it was the same grouping that rushed to the premises to support this stunt under the “Khayelitsha CAN” banner.

They are also cheering on the South African Human Rights Commission, the EFF and the Legal Resources Centre’s court application to remove the existing rights landowners have to protect property, arguing that a court order should be obtained before acting to prevent a land invasion in real time, even in cases where structures are half-built and unoccupied.

The applicants are further asking that the City’s Anti-Land Invasion Unit be declared unlawful, and for the striking down of tenders for support services to perform this public service. In other words, the removal of all the wherewithal we have to protect land from unlawful occupation.

“Abolish Law Enforcement #Futsek” proclaimed a tweet from the Khayelitsha CAN on 24 July 2020.

Maybe one day these groupings will realise just how anti-poor their pro-land invasions stance actually is.

The unlawful occupation of land – mostly by well-organised invasion – leads to severe dysfunctionality in our city, including the obstruction of sewerage infrastructure and access for maintenance; pollution of waterways; safety hazards due to illegal electricity connections; the loss of rail reserves for trains to run safely; and loss of investment and value for property owners, especially in working-class communities.

Law-abiding residents of all backgrounds and income levels can rest assured that the City will continue to stand up for the rule of law while doing everything in our power to drive sustainable human settlements. MC/DM