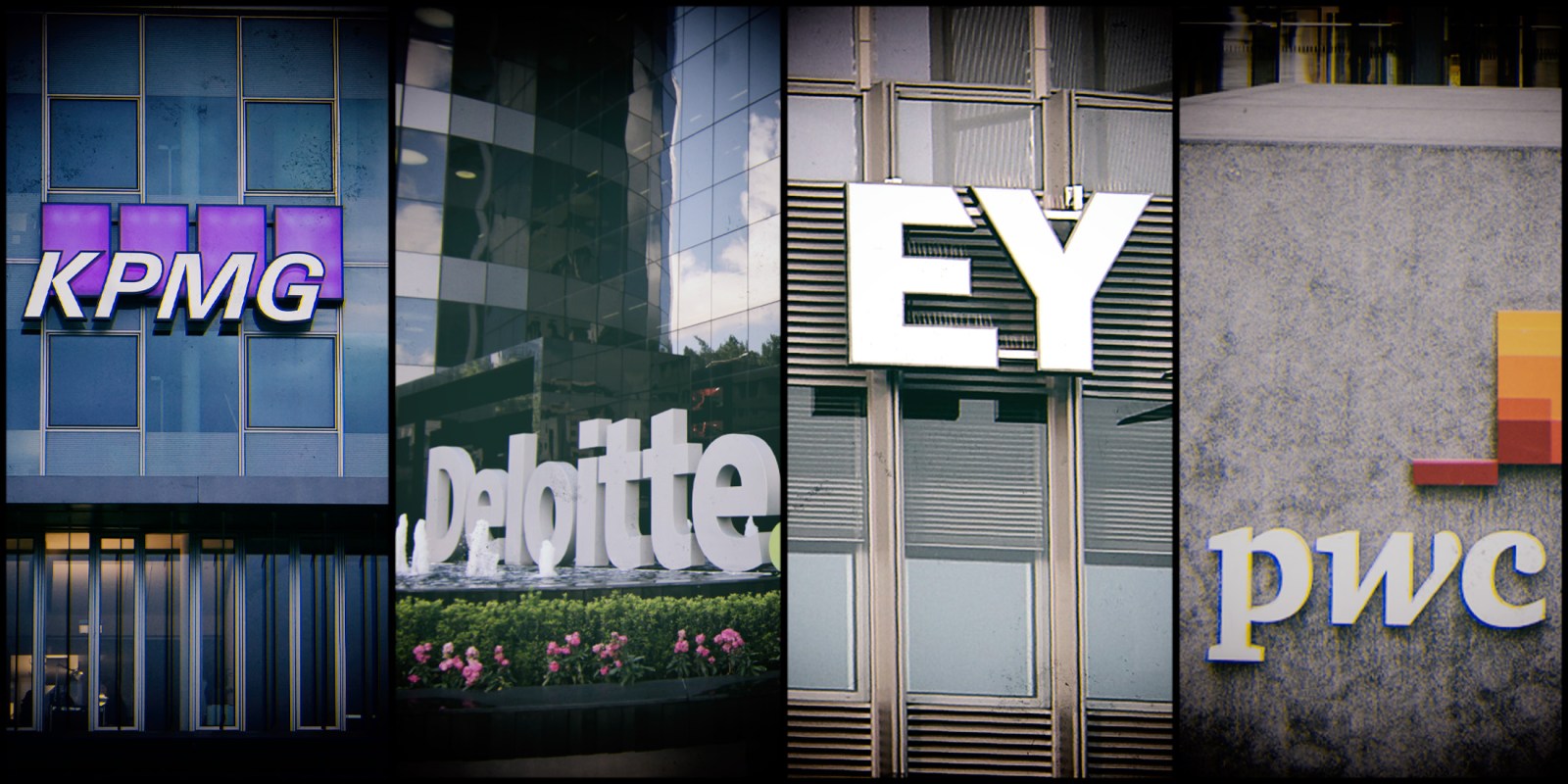 The Big Four auditing firms – Deloitte, EY, KPMG and PwC – played a systemic role in financial crimes across the globe and evidence suggests that these firms have prioritised profit over professional duties and the law. Accountability reforms are around the corner, but will they be enough for the sector’s salvation?

The Select Committee on Finance (National Council of Provinces) will have its briefing with the National Treasury and the Independent Regulatory Board for Auditors (Irba) on the Auditing Profession Amendment Bill on 2 February. This is according to the Parliamentary Monitoring Group, which on Monday announced Parliament’s upcoming daily schedule.

The audit reform proposals first formed part of the Financial Matters Amendment Bill way back in 2018, but after the Standing Committee on Finance (SCOF) of the National Assembly conducted public consultation with stakeholders on the proposed amendments, the National Treasury withdrew the proposals a year later.

The same amendment was then introduced in Parliament through the Auditing Profession Amendment Bill in February 2020, and it has moved forward at great pace since then.

During the course of the year, the advocacy group Open Secrets, and EY, Deloitte, the South African Institute of Chartered Accountants (SAICA) and Cosatu, with the outgoing head of Irba, Bernard Agulhas, made public presentations on the proposals to Parliament. The regulator and the Treasury responded to the submissions shortly thereafter, and the SCOF adopted the bill with the additional amendments.

On 2 December 2020, the National Assembly debated the bill as adopted by the SCOF and passed the bill with the support of all political parties that participated in the debate.

The bill was then referred to the National Council of Provinces for its consideration, and if passed in the upcoming month, the bill will be submitted to the president for assent.

As the legislative story goes, after assent, it will be published in the Government Gazette, and on the date advertised the laws will take effect.

The proposals are underpinned by the notion to improve audit quality and to make sure that the profession remains fit for purpose. Audit reforms refer to those laws and regulations that will have an impact on areas of audit regulation, such as corporate governance, related to auditors; the structure of audit firms, auditor selection, auditor independence, reporting by audit firms, auditor oversight and competition within the audit market.

But the new rules, barring a few small changes, include search and seizure provisions, the power to subpoena in the investigation process, the simplification of the disciplinary hearing process and the increase of sanctions.

But not all industry players think the sanctions prescribed are enough to tackle the trials and tribulations faced by the industry as a whole, or are in the public’s best interest.

According to Open Secrets, which made its submission based on its investigative report Corporations and Economic Crime Report on the audit industry, the current limit on fines that can be imposed is R200,000.

“Even if significantly increased by the minister, which the amendments allow for, these fines are likely to be seen as ‘the cost of doing business’, since the profits made from unlawful or unethical behaviour far exceed this,” Open Secrets said.

“In addition, caution or reprimand is not an appropriate sanction for dishonest and unethical behaviour. There is a danger that caution will be given for serious infringements by auditors. If the auditing industry is to be transformed, there will need to be sanctions that have a deterrent effect.”

One way of achieving this is by quantifying the fine based on the audit firm’s profits, and attaching a percentage to this, they add.

But according to the response to public submissions in mid-November presented by the National Treasury, and shared with Business Maverick,  this was not a consideration taken forward.

The issue of independence, some say, also remains wanting.

After the establishment separated from the SAICA some years back, Irba has regulated the auditing profession. However, the accounting sector remained unregulated, a sector in which auditing firms continued to provide advisory, tax and forensic services to clients.

“This all put the accounting and auditing firm in a precarious position with regards to their independence,” said Nicolaas van Wyk, CEO of the South African Institute of Business Accountants (SAIBA).

The local and global push to further regulate the Big Four stems from the realisation that they hold oligopolistic power in the economy, partly because auditing is a legal requirement almost everywhere in the world, according to Open Secrets.

The call for reform on the blurring of the lines between the auditing profession and the consulting industry is gaining traction across the globe.

The UK’s regulator, the Financial Reporting Council, has given the Big Four until 2024 to separate their auditing and consulting businesses in order to ensure greater professional scepticism, secure public interest and improve audit quality.

In Germany, the conduct of EY during the $2-billion Wirecard fraud (possibly the largest fraud in that country’s history) is under investigation and has prompted a heated debate about the need for audit reform beyond the mandatory rotation of firms, which continues to be the sole focus of the local regulatory framework.

The parliamentary portfolio committee on finance has taken the right step in siding with Irba to authorise the mandatory auditor rotation, says Michael Marchant, researcher: Investigations and Advocacy at Open Secrets. It is also encouraging to note that it stood its ground in not considering the suggested limitations of fines, as proposed by the big four firms, he adds.

“But this is not enough,” says Van Wyk. “It is clear that the profession in its current form and the regulatory regime remains inherently conflicted.”

The Treasury did, however, note in its response, that it remains open to the split in consulting and auditing services for firms operating in SA, but just not in the current round. Jenitha John, the newly appointed CEO of Irba, confirmed this to Business Maverick, stating that the matter has not been removed from the table.

“The challenges facing the auditing profession call for an honest conversation, without fear or favour, on the reforms needed to rebuild trust in the profession,” she said.

“Through certain engagements, we have identified certain red flags in some areas of the profession and are starting to work through these as a collective.

“Recent actions emerging from other countries call for the South Africa market to commence its own discussions on some of the proposals, that include the potential of separating the audit and advisory businesses of audit firms.”

The local and global push to further regulate the Big Four stems from the realisation that they hold oligopolistic power in the economy, partly because auditing is a legal requirement almost everywhere in the world, according to Open Secrets.

This is also reflected in South Africa, where 96% of all companies listed on the JSE are audited by one of the Big Four firms. DM/BM