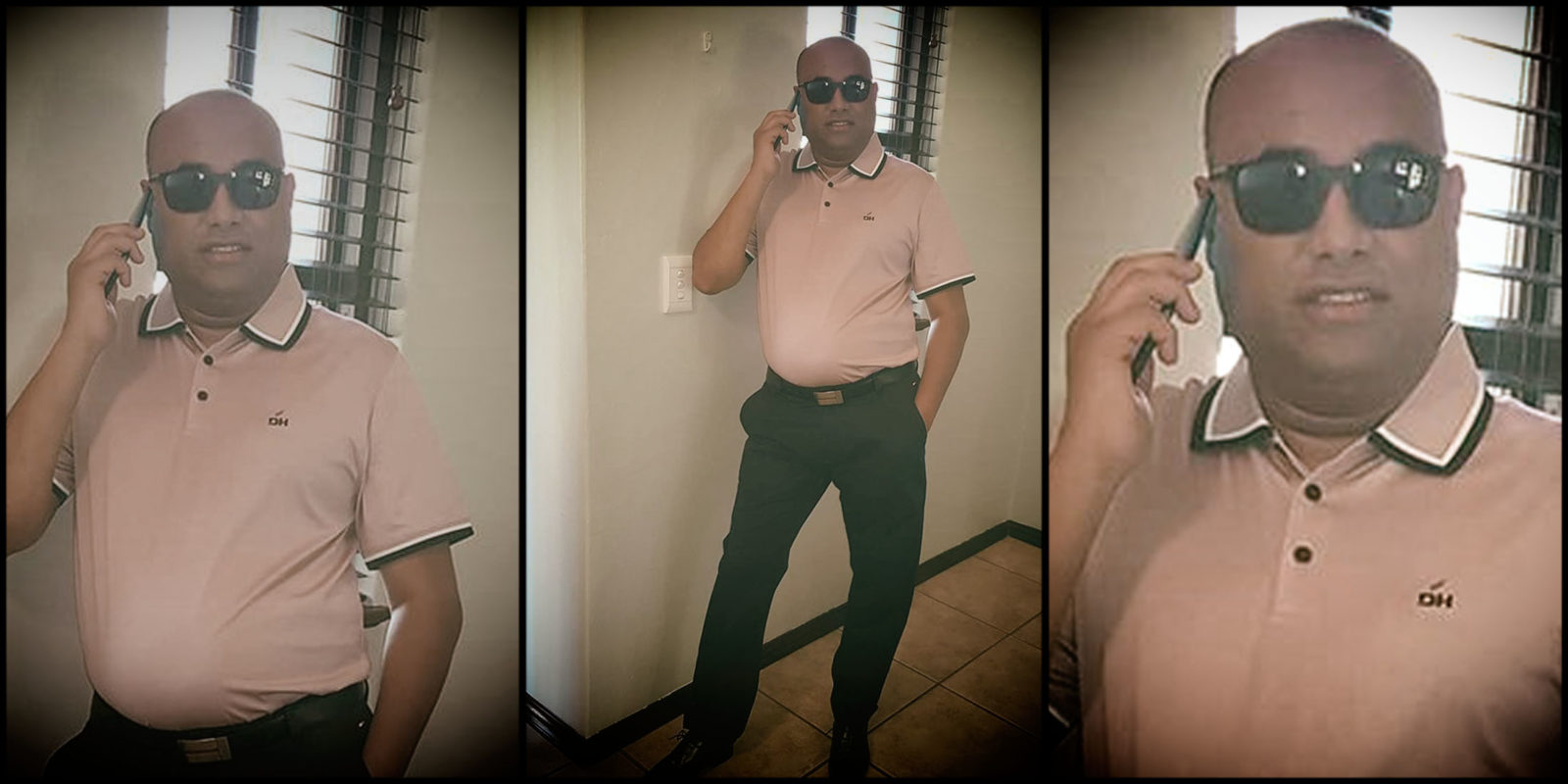 A parochial Pietermaritzburg squabble over a soured deal involving either a mysterious batch of Krugerrands or a swanky apartment for sale in Umhlanga – depending on which affidavit you believe – has resulted in a solid victory for civil accountability and the public’s right to access information held by the state.

Earlier in January, the Durban High Court granted Durban businessman Visham Panday an order giving him access to information held by the University of KwaZulu-Natal (UKZN) regarding a pay-for-placement scandal at the institution’s Nelson R Mandela School of Medicine.

This was after the institution had denied Panday’s Promotion of Access to Information Act (PAIA) application.

Panday is a relative of Thoshan Panday, who will likely stand trial in 2021 for his role alongside former SAPS top brass including retired KZN police commissioner Mmamonnye Ngobeni, for defrauding the police service during the 2010 Fifa World Cup to the tune of R60-million.

Visham Panday, who was released from prison in 2014 after serving a nine-month stint of a three-year sentence for being found guilty of fraud, has since attempted to style himself as an anti-corruption activist who has paid his debt to society.

On 8 January, Durban High Court Judge Mahendra Chetty ordered UKZN to, within 30 days, make a trove of information available to Panday, detailing the cost of its investigation into the scam, nicknamed “Operation Clever”, as well as the costs of providing a safe house and security for the forensic audit specialist Avril Sahadew, who was employed by the university to carry out the investigation, which began in 2016 and is yet to be finalised.

But, as records seen by Daily Maverick reveal, the driving force behind the application appears to be that Panday felt scorned, either rightly or wrongly, by Dr Navind Dayanand, who owns a private hospital in Pietermaritzburg, after the two had entered into a failed business agreement.

This ostensibly led to Panday trying to get back at the doctor by exposing his son as being one of those who took part in the scam.

The background is contained in a set of colourful court papers filed in June 2018 with the Pietermaritzburg High Court, in which Panday, who launched the application seeking a restraining order against Dayanand, alleges the Pietermaritzburg doctor was set to pay R1-million to “have me executed”.

The root cause of this issue may be the result of a failed March 2018 deal where Dayanand wanted to buy Krugerrands from Panday. Dayanand paid R425,000, but not the balance – the amount of which was not disclosed. This is disclosed in Panday’s founding affidavit in the Pietermaritzburg High Court matter.

In a different version, Dayanand claims in his opposing affidavit in the same Pietermaritzburg High Court matter that in March 2018 they had reached a loose agreement whereby Dayanand paid Panday a R460,000 deposit to secure the purchase of a luxurious R4.8-million flat at seafront high-rise The Pearls, Umhlanga. It is unclear whether the Krugerrands or the flat ever existed.

The Pietermaritzburg court papers made a host of other wild claims that involved a Pietermaritzburg magistrate and senior ranking police officers, threatening phone-calls, extortion claims, bribes and even a bizarre mention of the once feared Pietermaritzburg-based “Curry Mafia” organised crime gang led by the now late Suresh Maharaj. To date, most of these allegations have not been tested.

Instead, it would appear that the affidavits were merely being used as a means to elicit a public response.

While the stories as to how the business deal soured are equally murky and the lack of any substantial paper trail is telling, the breakdown in the relationship has resulted in Panday embarking on a quest to tarnish the name of Dayanand and his family.

But thanks to this personal matter, the judgment obtained by Panday will form part of a growing body of case law that enshrines the rights of citizens to gain access to information held by a public body, no matter who they are or why they want it.

Judge Chetty reinforced the notion that a right to information should not be prescriptive as to what a person’s relationship is with the information sought – an argument offered by the university’s legal counsel as to why they denied Panday.

Chetty also reprimanded the university for failing to be accountable for “Operation Clever”, the blaming the institution for creating an environment where rumour and mistrust in public bodies could be peddled.

“Despite a passage of four years, there has not been a single arrest or prosecution. While I agree that the applicant (Panday) cannot don the mantle of a lawfully appointed corruption buster as a private citizen, he nonetheless is entitled to hold the view that little or nothing appears to being [sic] done to prosecute those involved in the scandal.”

Panday told Daily Maverick that he accepted the matter could appear to be connected to his ongoing feud with Dayanand.

“It may look like the two are connected, but regardless, the issues I raised first as a whistleblower and through my PAIA application still needed to be exposed. I financed this litigation at my own cost,” said Panday.

It appears that Panday’s primary reason for taking on the university had everything to do with his desire to prove that Dayanand’s son, Reshal, had benefited from the pay-for-placements scheme, and not Panday’s deep desire to root out corruption within the university. In his initial PAIA application, Panday sought documentary proof of the investigation into Reshal.

As it turned out, UKZN said Reshal never qualified at the university, although it did admit that the Hawks and the National Prosecuting Authority were still continuing with an investigation into Reshal, without providing any further details. Reshal is not listed as a health practitioner on the Health Professionals Council of South Africa website.

In 2019, the university was forced to obtain a restraining order against Panday – whom it accused of harassing and verbally abusing forensic investigator Avril Sahadew and other members of the investigative team, primarily over their investigation into Reshal.

Panday, who gave information to Sahadew regarding Reshal, would phone the investigator up to 20 times a day.

But the court found, despite the interdict against Panday, that the university could not reject his application merely because it did not like him.

“The opposition of the university to furnishing the applicant with the information based on their distrust of the applicant; that he is not a member of the SAPS; that he has failed to establish the purpose for which he requires the information, and whether he needs it in order to exercise any right, are irrelevant. As the Constitutional Court pointed out, even the proverbial ‘busybody’ would be entitled to information held by the state.

“In exercising of my discretion, I have granted the applicant access only to such information that does not imperil the ongoing investigations and enquiries.”

Chetty said he could not find any lawful basis to date for refusing to disclose the costs of “Operation Clever”.

The medical school placements were allegedly sold from a curry restaurant named Little Gujarat, based in the Durban CBD, for up to R500,000 each.

In 2017, the Hawks and other agencies swooped on the restaurant and several private homes linked to the scam. The university has since suspended 21 employees. Some have resigned and others are fighting their suspension through the internal disciplinary procedure. The matter is yet to come to trial.

“The applicant… need not show a reason for him wanting this information. However, I think that such disclosure would promote the interests of transparency and accountability, especially in times when students are advocating against the escalating costs of fees and where the university by its own admission in these papers, is operating under strained resources,” said Chetty.

He said the disclosure of the amounts spent on the investigation and service providers used by the university would “serve to refute any suggestion of nepotism or any other criticism on the selection of the service provider and costs incurred”.

Chetty made it clear that transparency resulted in better accountability and ultimately built trust.

“Once those details are provided, not only the applicant but any interested party may be at liberty to draw conclusions as to whether there has been wasteful expenditure or whether the university acted in accordance with sound governance principles.”

By Nafeez Ahmed and Rebecca Davis

A ray of regulatory sunshine: Gold Fields finally gets approval for solar project

What does cancelling S12J tell us about government?