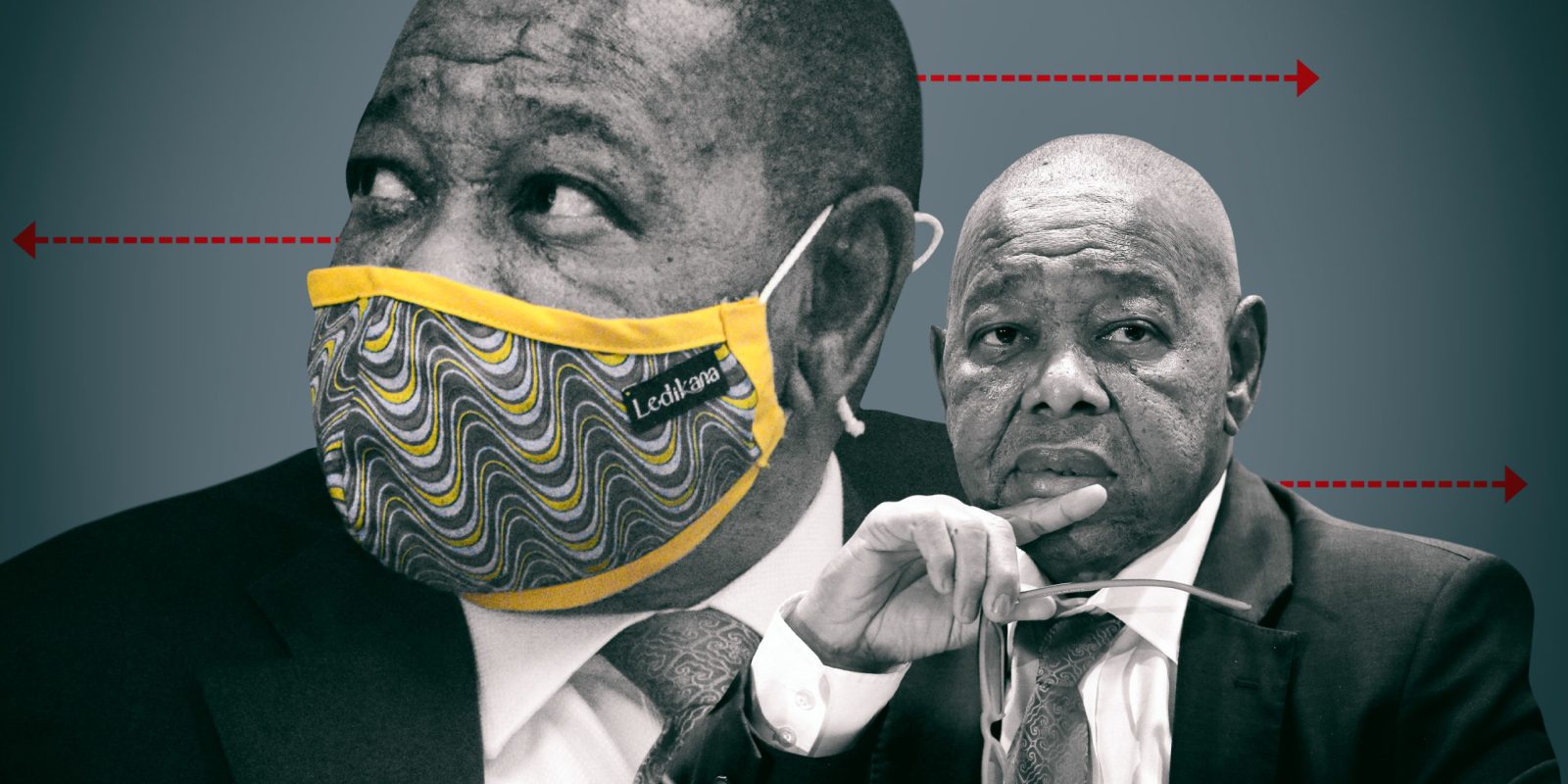 The demand for funding from the National Student Financial Aid Scheme (NSFAS) has grown by 25% in 2021, Higher Education, Science and Innovation Minister Blade Nzimande said on Monday.

Speaking during a briefing on the latest developments in the post-school education sector, Nzimande said NSFAS had received more than 750,000 applications for the 2021 academic year, an increase of approximately 185,000 applications from 2020.

This, Nzimande said, showed “a high level of demand for funding support and access to higher education and training opportunities”.

NSFAS is still evaluating applications, and funding decisions should be completed by mid-February, ahead of the 2021 academic year due to start between March and mid-April.

To help verify students’ eligibility for funding, NSFAS had entered into a partnership with the South African Revenue Service (SARS).

“This partnership with SARS is meant to accurately assess declared household income from SARS and compare with information that students are using to apply for NSFAS bursaries, as a further control to ensure that only deserving students are funded,” said Nzimande.

The department announced it was developing an integrated referral system for the post-school sector called the Central Applications Service (CAS), a single portal for students to apply to study at institutions, and to apply for accommodation and funding from NSFAS and other schemes. The CAS will be piloted in 2021 for applications to study in 2022.

Meanwhile, students will have access to a Central Applications Clearing House (CACH) once matric results are released in late February. The CACH is the first phase of the CAS. Here, students who applied for studies but were rejected can be referred to other institutions where spaces are available in their area of interest.

Nzimande said progress had been made in procuring laptops for NSFAS students, which he said in November would only be distributed in March this year. After delays in the tender process, contracts were awarded to five bidders: Pinnacle, CEOS Technologies, MLO Distinctive Solutions, ANG Group and East Side Group at a cost of between R3,863.56 and R6,200 per device.

New NSFAS CEO Andile Nongogo, who was present at the briefing, said the first batch of laptops should be delivered to the neediest students in March. The scheme said it takes roughly five weeks for laptops to arrive once an order is placed and with the high volume of NSFAS students in need of devices they cannot be delivered all at once.

Progress on completing the 2020 academic year

The University of Pretoria was the first to complete the year, on 13 November, while Mangosuthu University of Technology is set to conclude teaching, exams and assessments by 26 March. 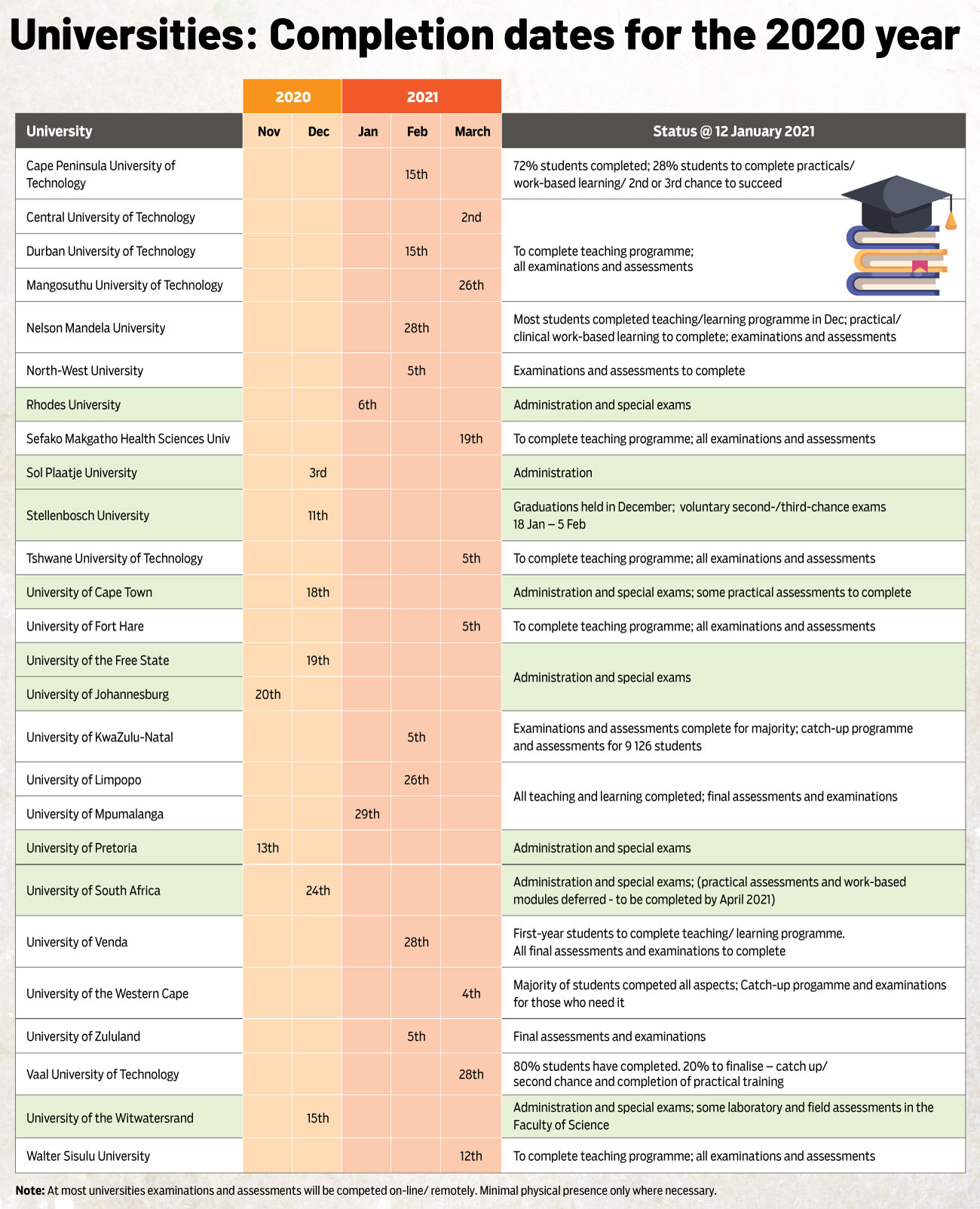 The department has not imposed restrictions on the number of students permitted on campuses, but the onus has been on institutions to ensure proper hygiene and social distancing protocols.

However, if the department identifies a Covid-19 outbreak at an institution it will immediately be shut down, Nzimande stressed.

NSFAS beneficiaries have continued to receive funding for the extended academic year despite the current strain on NSFAS resources.

Students at TVET colleges will return in stages on:

Further information on plans for the 2021 academic year will be communicated at a later stage, said Nzimande. DM