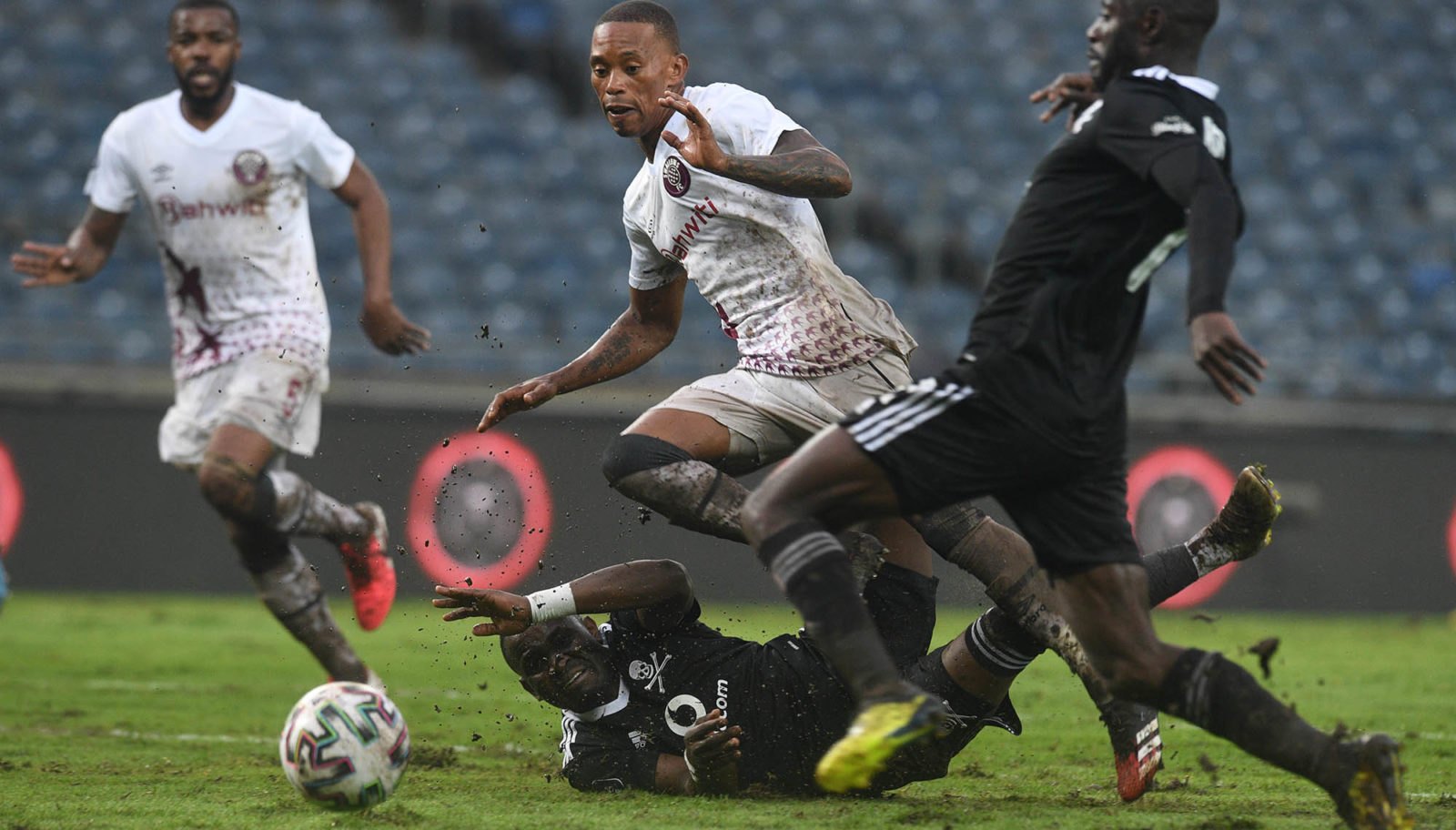 Swallows, one of South Africa’s oldest football clubs, was almost lost to adoring South African football fans. Now they have returned to the top flight and are showing no signs of regressing.

Swallows Football Club is not only currently one of three unbeaten sides left in the DStv Premiership, but, remarkably, they also sit second in the standings.

The Dube Birds, back in the premiership for the first time since they were relegated half-a-decade ago, have flown at dizzying heights despite their injured wings having only recently healed.

Brandon Truter’s side has hitched a ride on the momentum which saw them usurp 2019/2020 GladAfrica champions-elect, Ajax Cape Town (now known as Cape Town Spurs after Ajax Amsterdam severed their 20-year partnership) at the final hurdle.

The coach says their current form is not a coincidence.

“This run started in February 2020 and we’ve carried on from where we left off in the GladAfrica,” said Truter in a post-match conference after his side drew 1-all with Pirates.

“I don’t want to sound like I am blowing my own trumpet, but the technical team we’ve assembled and the guys we’ve brought in… that made the transition from the GladAfrica to the top-flight division a bit better. We were one of the strongest teams tactically in the first division.”

They’ve taken that tactical discipline and applied it outstandingly in the top division, putting pressure on log leaders Mamelodi Sundowns as a consequence.

After a couple of years in the wilderness, they bought their place in the GladAfrica Championship when they acquired the status of Maccabi in 2019. There they campaigned for a season before finally earning their spot back in the top flight by finishing at the summit of the country’s second tier.

With the current run of six victories and four draws in their first 10 games back in the DStv Premiership, they’ve demonstrated they’re not in the least bit willing to endure what they have endured over the last five years.

Made up of a mix of young as well as proven players such as Lebohang Mokoena, Vuyo Mere, Thabo Matlaba and Sifiso Hlanti – Truter’s team has shattered expectations.

The coach, who took over from Zeca Marques in 2019, says he has helped foster a winning culture in the team. They operate as a unit, with players having a great understanding with each other.

“We’ve got players who want to prove themselves and want to win. I remember signing a few of these players at the beginning of the season, and I read reports in the media that Swallows is a retirement home, but it is players that fit into the structure and know the culture of the team,” said Truter.

Recently, Truter – who was named October/November 2020 DStv Coach of the Month – received backing from one of the best coaches to ever coach in the Premier Soccer League (PSL), Gordon Igesund.

Igesund, who coached the Birds between 2010 and 2012, says the Soweto side going on to win the league is not impossible.

“They’ve got some experienced players; they’ve made some very good signings. The team is looking hungry; the team is looking like they want to do something. They look like they’re trying to send a message to everybody that Moroka Swallows is back and here to stay,” Igesund told Kickoff.

Whether they can indeed win the league, especially with triple league champions Sundowns looking as ruthless as ever, is for pundits to ponder.

Come what may, the Dube Birds’ first season back in the top flight promises to be a memorable one, and Truter and his troops have a great chance to grab themselves a chunk of South African football history. DM