Swallows are contenders, not pretenders, in title race 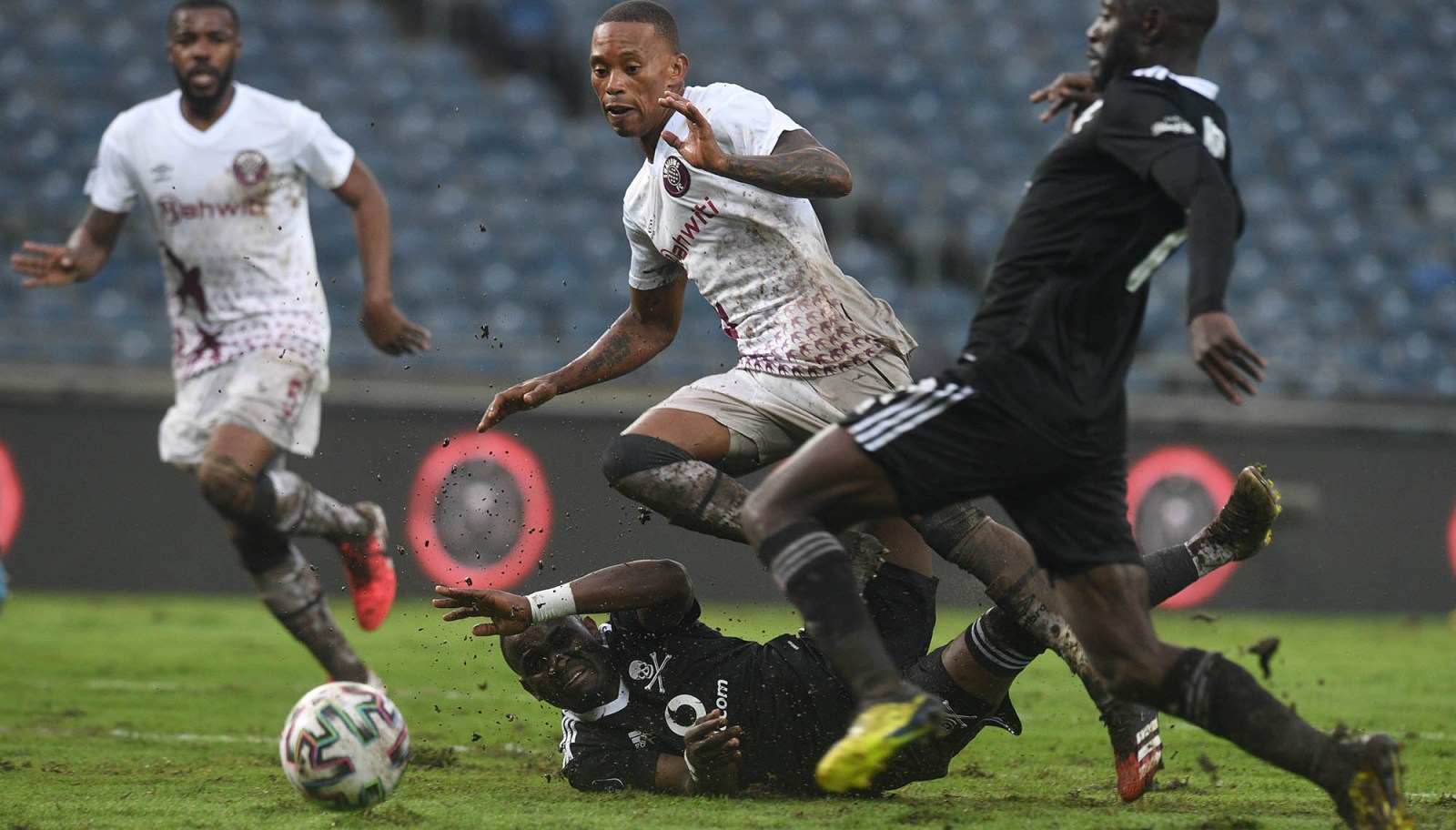 Mamelodi Sundowns consolidated their place at the top of the DStv Premiership, while Swallows recorded a crucial draw to keep in touch with the defending champions.

Sleeping giant Swallows seem to be gaining wind beneath their wings as they soar to heights previously unimagined.

The Dube Birds won the GladAfrica Championship and, as a result, returned to the top flight after five years in the wilderness. The type of football they’ve played and their results this season make it seem as though they never left.

Brandon Truter’s men managed to steal a point against Orlando Pirates, thanks to a Kamohelo Mahlatsi goal to make it 1-1 in stoppage time. With the result they preserved their unbeaten run this season, one of only three teams to have done so, alongside Mamelodi Sundowns and Golden Arrows.

Even though Swallows went head to head with Pirates, particularly in the first half, they were fortunate to leave Orlando with the point. This was after two refereeing errors which left the Buccaneers frustrated.

“We had more opportunities for me. [That was] clearly a penalty. We have then [Deon] Hotto in the last five minutes… [That was] never, never offside,” Pirates coach Josef Zinnbauer told SuperSport after the game.

He was referring to Fortune Makaringe being hacked down in the Swallows box, only for the midfielder to then be booked for simulation by referee Jelly Chavani.

Not long after, Hotto was flagged for offside, while clearly in line with Swallows’ last defender. Both decisions would have been even more bitter to swallow for Pirates as Swallows equalised at the death to remain second on the log.

Is a guillotine looming over Hunt?

Kaizer Chiefs were brought back to reality with a thud while they were still in seventh heaven after reaching the Caf Champions League group stage for the first in their history.

Amakhosi were shot down by the resurgent Maritzburg United. Ernst Middendorp masterminded a 2-0 victory over his old side, to compound the misery of Gavin Hunt since he replaced the German.

Resident Chiefs tormentor Judas Moseamedi scored both goals. It took his tally of goals against Chiefs in all competitions to six – the most he has netted against a single opponent.

“They gave a big effort on Tuesday [in the Champions League]. We couldn’t change it because we didn’t have anything else. But we can’t make excuses. Everyone’s in the same boat with Covid. We’ve got to be tougher, bigger, stronger. I thought for both goals we were a little bit weak. Is it really a 2-0 game? But it’s 2-0. That’s what it is,” bemoaned Hunt after the game.

Pressure is growing on Hunt, with this latest loss leaving Amakhosi languishing in 14th on the table. The win propelled the Team of Choice to 12th.

Uruguayan attacker Gaston Sirino had it in his mind that he was done playing in South Africa, with the club that has fancied him for a couple of years now, Al Ahly, knocking on Sundowns’ door during the transfer window.

However, the two clubs failed to agree on a transfer fee and talks broke down. As a result, Sirino, who has also been out with injury, was forced to put the disappointment aside and focus on his Sundowns future.

“At a certain point, mentally, he was all over, but now he is back in training and he needs to fight for his place in the team. He can see that the team is moving forward without him and it is very easy at Sundowns to be forgotten,” Sundowns co-coach Manqoba Mngqithi told the media in the build-up to Sirino’s return.

In his first league appearance of the season, the 29-year-old was impactful. He came off the bench to lay on an assist for Themba Zwane as Sundowns eased 2-0 past Baroka.

Undoubtedly, there is ample quality at Masandawana and as the old adage goes, no player is bigger than the team. One thing is for sure: Sirino is a vital gear in the Sundowns machinery and he will be key for the team as they bid for a fourth league title in a row.

Still some way to go for AmaZulu

Top four hopefuls AmaZulu are still not hitting the heights they’ve been touted to reach this season. They played to a 1-1 draw against the ever-spirited Bloemfontein Celtic.

In the process, new Usuthu coach Benni McCarthy, overseeing his second game since taking over the reins, managed to remain unbeaten.

McCarthy lamented his side’s missed opportunities, saying his team had lost two points. He did, however, choose to look on the bright side in his overall analysis.

“It’s two games for me. Four points that we’ve picked up. So, it’s not a bad start. Now we turn our focus onto the midweek game against Chiefs. But we take so many positives from this,” stated McCarthy. DM