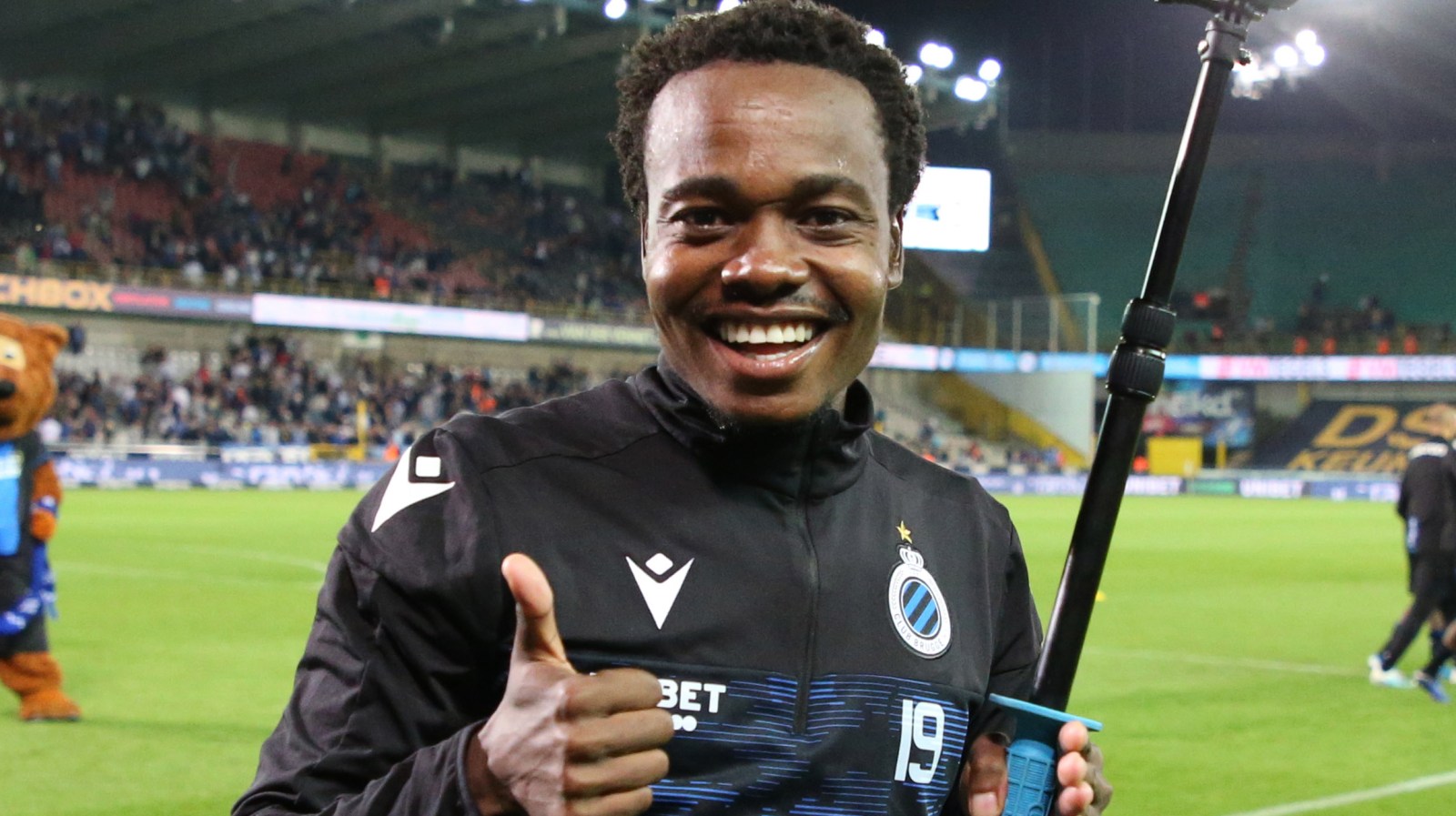 After a couple of years of being shipped out on loan by English Premier League side Brighton & Hove Albion – owing to strict work permit laws – Percy Tau finally has a chance to strut his stuff in the English top flight.

Percy Tau has been recalled from his loan spell at Belgian club Anderlecht by his parent club, Brighton & Hove Albion.

The former Mamelodi Sundowns attacker has spent every season on loan since his acquisition by the English Premier League side in 2018. But Brexit has allowed for the relaxation of stringent work permit laws.

As a result, the Seagulls have finally secured a previously elusive work permit for the 26-year-old, thereby ending his nomadic journey across Belgium over the last 2½ years.

“We’re pleased to be able to welcome Percy to the club and begin working with him. I know he’s a player whose progress many of our fans have followed in recent seasons,” Brighton manager Graham Potter said on Thursday.

“We too have closely monitored his performances in Belgium in the last three years. He’s been playing at a really good level, particularly with Bruges, and Anderlecht, where he has been involved in the Champions League, and his next step is to show he is ready to make the transition into the Premier League,” added Potter.

“He brings some different attributes and qualities to the group and he wants to take the next step in his career. We’re looking forward to working with him.”

Tau, who is a man of few words, took to Twitter to thank Anderlecht and wish the team well in future, simply writing: “Thank you very much Anderlecht. I wish the team success and it was a privilege to play for the club.”

At the tail-end of last year, he had spoken about how he was pining for the move to the top tier of English football, and how he had improved during his time in Europe.

“I think I’ve been doing well, and I’ve been trying my best every time [I play]. I’ve been on loan for three seasons but I think there’s been progress in my game,” Tau said.

The left-footer now joins the likes of Benni McCarthy, Lucas Radebe, Steven Pienaar, Aaron Mokoena and Quinton Fortune as South Africans who have plied their trade in the English top flight.

Having left Sundowns for a club record fee of R50-million, Tau spent his first season on loan to Belgian second division side Royale Union Saint-Gilloise, where he was named Player of the Season. That season he was involved in 24 goals (11 goals, 13 assists) after playing 34 games for Union.

What next for Bafana Bafana star Percy Tau?

The following season, after failing to secure a work permit for him once more, Brighton loaned Tau out to Club Brugge. With them, he made his debut in the Uefa Champions League.

He clocked up 30 games in all competitions for Brugge, scoring four goals and grabbing eight assists before the season was abandoned in April 2020 because of Covid-19.

After Brugge passed up the chance to extend his loan deal, he departed for another Belgian side – this time joining the most successful Belgian club, Anderlecht.

For them he managed four goals and one assist in his 14 appearances. And instead of waiting for him to conclude the current season with the side managed by Manchester City legend Vincent Kompany, Brighton recalled Tau.

Kompany had been vocal on how Tau should receive a chance to play in the Premier League, adding that he would do everything to help prepare the South African international for the move to the English top flight.

“I can only say that we are very satisfied with what Percy has already delivered,” Kompany said of Tau as recently as a week ago.

“He does useful work on the field but is also important behind the scenes because he is the sunshine in the dressing room. His attitude is also great. Those are probably the reasons why a club like Brighton would bring him back.”

It has proven so, and Tau will be hoping to hit the ground running for the Seagulls.

Following his first training session with the club on Thursday, his manager told reporters that he doesn’t foresee Tau struggling to adapt to the rigours of the Premier League.

“I think it [his transition] will be quick, judging by what I saw today. He’s a nice personality and fits in with the group well. Obviously there’s other players in the team; there’s competition – which is what you’d expect in the Premier League. But that’s good for us, we need that healthy competition,” said Potter.

The Seagulls are next in action against Newport County on Sunday, in the FA Cup third round. And considering that he has already started training with his parent club, Tau could be in line for a debut.

One of the many South Africans who will be pleased by the news of Tau’s move is Bafana Bafana coach Molefi Ntseki.

“Mentally, he is a fighter, he is a strong character and a focused individual. I know most people want to see him in England but his time will definitely come,” said Ntseki in 2020.

That wish has finally come true, but Ntseki, like countless South Africans, will be hopeful that it doesn’t come at the cost of Tau merely making up the numbers at Brighton. DM