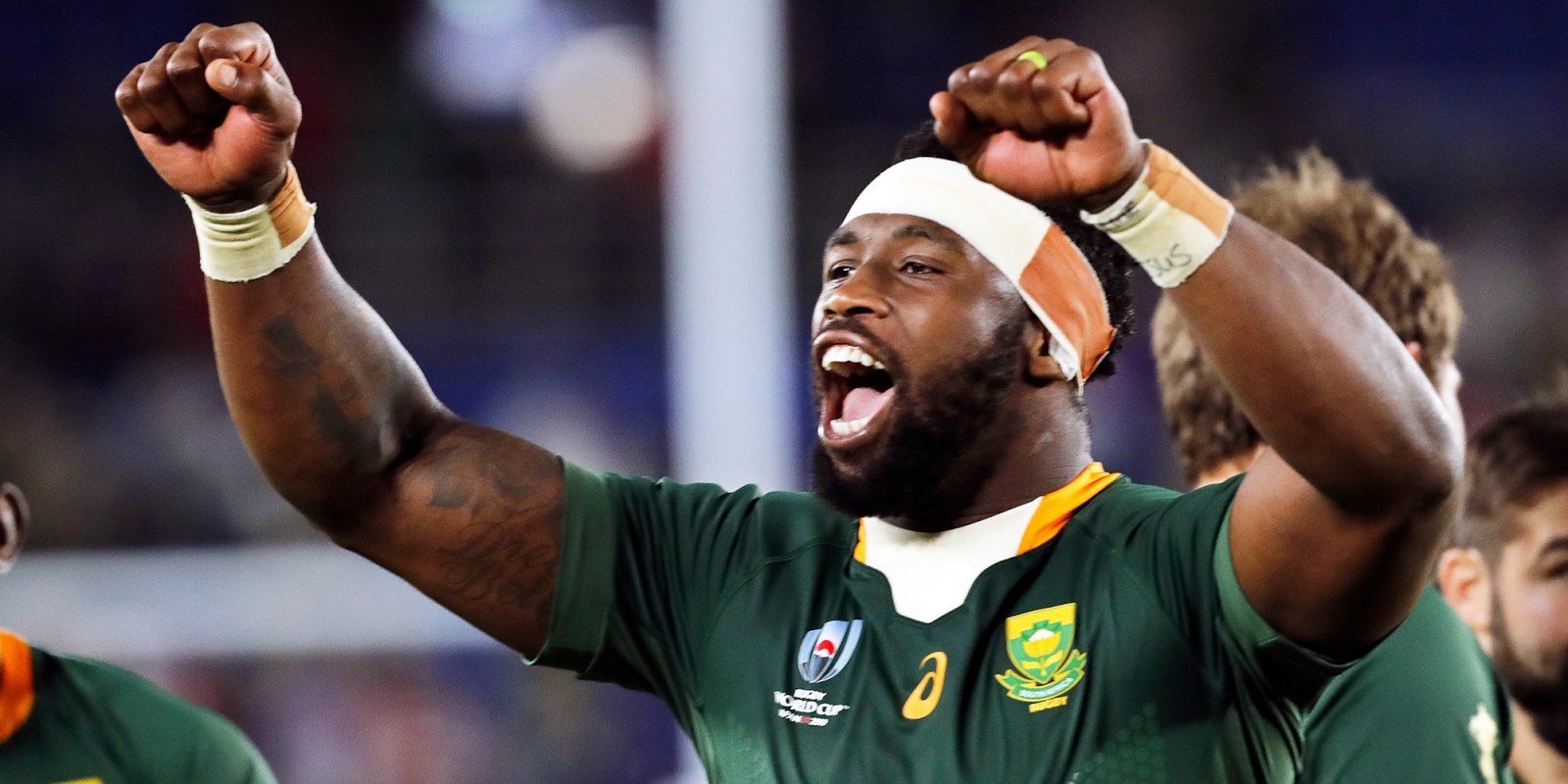 Springbok captain will lead his squad in the first Test against the British & Irish Lions. (Photo: EPA-EFE / Mark R. Cristino)

Springbok captain Siya Kolisi is likely to continue his playing career in Durban in due course after US-based private equity consortium MVM Holdings acquired a controlling 51% stake in the Sharks, which marks the first foreign ownership of a South African rugby team.

US-based private equity consortium MVM Holdings has secured a foothold in the South African rugby market with the purchase of a majority stake of the Sharks that could see Springbok skipper Siya Kolisi move to Durban as a consequence.

MVM is headed by Amanzimtoti-born, New York-based lawyer and investor Marco Masotti. But Michael Yormark, the president of Roc Nation, the management company that controls Kolisi’s commercial and business affairs, is a prominent partner in the consortium. Kolisi also has close ties with another of the MVM consortium, Vincent Mai, who hails from the Eastern Cape.

Kolisi was one of several leading Western Province players who urged the union to take the same deal with MVM when it was offered last August. But the WP Rugby Football Union (WPRFU) would not accept losing a controlling stake in the professional arm of their business.

One of the consequences is likely to be the loss of Kolisi to the Sharks. He still has several months to run on his WP contract. But he and several other Springboks at WP are only locked in until the end of July. It is highly unlikely now that Kolisi would stay in Cape Town after being a powerful voice for the WP private equity deal that eventually withered on the vine.

Several other leading players might also leave WP, such as Bok prop Steven Kitshoff, who sources have confirmed is set to move back to France at Montpellier.

“We haven’t had the discussion about moving to the Sharks yet,” Yormark told Daily Maverick from London. “[Kolisi] still has a few months on his WP contract and will focus on that.”

Even though the Sharks were not MVM’s original target, they will be a good fit, as under chief executive Ed Coetzee they have demonstrated ambition and an understanding of the precarious financial state of the game. A huge cash injection, especially in these uncertain Covid-19 times, is essential for sustaining a professional sports team.

“You go where you think the opportunity is,” Masotti told Daily Maverick from New York. “I initially looked at the Stormers because I was approached by [WP board member] Andre van der Veen. At that stage I didn’t think the Sharks were an opportunity.

“So, you go where the opportunity arises. The more I learnt about the Sharks franchise I was impressed. They have a really good management team in place, they were proactive and responsive and we seem to share the same vision.

“You know, I asked for due diligence information from Ed Coetzee and he produced it in two or three days. It was the type of professionalism I’m used to dealing with in New York. There was thoroughness and responsiveness, which showed it is a well-run business.”

Masotti didn’t have to say it, but it was obvious that the dealings of the Sharks were the polar opposite of those from the WPRFU, which spent months stringing the consortium along.

There is a binding agreement in place and the final paperwork will be signed in a “matter of weeks” after the deal receives approval from SA Rugby.

Sharks understand the value of a strong partner

MVM has paid an undisclosed sum but it is believed to be the same R100-million it offered the WPRFU for the stake. The KwaZulu-Natal Rugby Union (KZNRU) and SuperSport International hold the other 49% share.

The Sharks had no qualms about giving a controlling stake to the equity partner. Coetzee and KZNRU president Brian van Zyl understand that private equity cash injections will be crucial to the long-term financial stability of professional rugby programmes.

“There aren’t too many sports teams and clubs that make big profits,” Coetzee told the Maverick Sports podcast in 2020 when quizzed on private equity partners.

“Generally, you run a break-even budget and if unforeseen things happen, you can quickly run into problems, which is where equity funding is useful.

“Running a professional rugby team is actually an atypical business. You might have some of the same fixed costs, but if you are successful you can become a victim of that success.

“What I mean by that is, if you start with a young team that is relatively inexpensive, after a year of playing good rugby and having some success, your team expenses go up by 20%.

“So, it’s hard to do medium and long-term planning in that type of structure. The big risk is when you have players such as Aphelele Fassi, who we brought here out of Dale College. In his second year he shot the lights out, but you as the CEO have planned your player budget, and you suddenly have a player who is in demand.

“That type of success story can’t always be accurately predicted in a three-year plan for the player. If you have one guy like that, it’s manageable, but if you have five of them, it creates holes in the bucket. That’s where having a war chest is useful.

“But you need to find an equity partner that is aligned with your culture and vision. You often see it in European clubs, when someone buys a club, their entire culture changes.

“Each province in South Africa has a distinct way of doing things, so it will be interesting to see what the long-term impact of private equity in the game will be.”

MVM  in it for the long haul

Masotti said that despite Covid-19’s second wave and the potential impact the pandemic will continue to have on sport, there was never a thought of delaying the deal and taking a “wait-and-see” approach.

“The franchise needs us now, not in six months or a year, which made me more committed to doing this deal,” Masotti said. “We’re not in this deal for the next six months, we are committed for the long term, so why wait to start?

“We are doing this to help create a long-term, sustainable and winning franchise. The nuts and bolts are still being ironed out, but there will either be a new board, or the existing board will include members of MVM, of which I will be one of them.

“There are no issues with this deal,” Masotti said. “Given that the Rainbow Cup is just around the corner, so we are already acting like we are partners.”

Masotti is aware that making bold predictions is a dangerous ploy, but the ambition of the Sharks matches MVM’s ambition in terms of building the team into a world force, while also eventually building academies in the Eastern Cape as feeders to the Sharks.

“Rugby is going through transformational change as an industry and we are looking to become the biggest brand in the game,” Masotti said. “It sounds bold and brash, but our aim is to be the Liverpool of rugby.

“With that in mind, we are also aiming to grow rugby in the Eastern Cape. There is a lot of interest in doing that. Ed has that in mind, Vincent has that interest and in five years’ time the hope is that there will be rugby academies in that region.”

If the success of the deal only halfway matches the ambition, the Sharks could be heading into a period of success. But this is only the starting point of a very unsure future, which is a necessary and needed step forward for South African rugby. DM