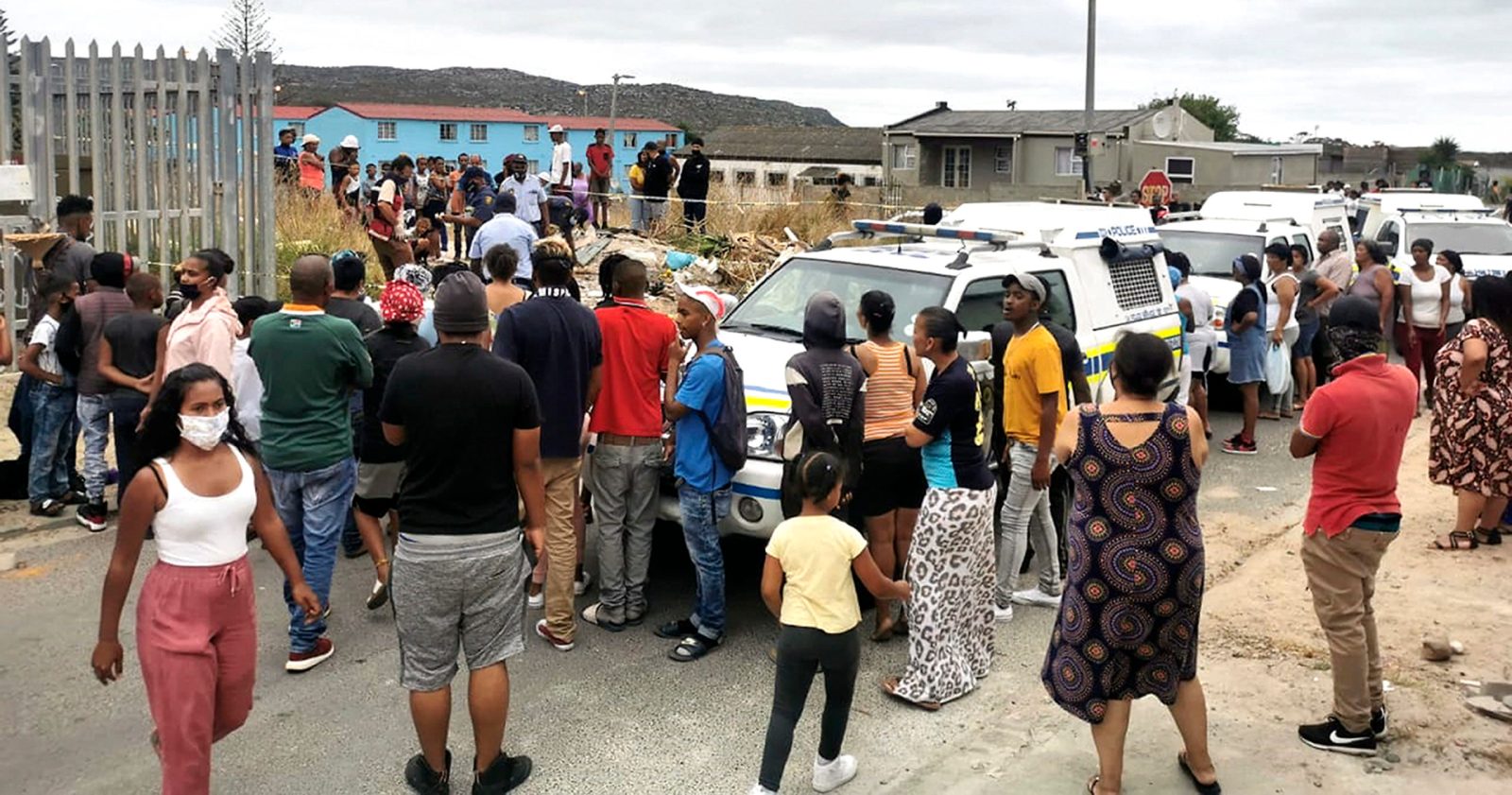 The killing of a gang member on Boxing Day in Ocean View, Fish Hoek has sparked a gang war in the area. (Photo: Supplied)

Level 3 lockdown may mean quieter roads and shopping centres in suburbia — but for the residents of Cape Town’s ganglands little has changed, with shootings and gang warfare continuing unabated.

Rival gangs in Ocean View have ignored the lockdown, engaging in deadly battles that have so far claimed at least two lives and left four people wounded.

“This gang war is far from over. Gangsters in the area have no respect for the lockdown regulations. Shots are being fired during the day and deep into the early hours of the morning. It is like there is no curfew in Ocean View and daybreak is a chilling reminder the shootings are not over yet.

“On Monday, 4 January one of the deceased was buried and a second one will be buried on Tuesday, 5 January. We expect the shooting in the area to resume after these funerals. It is so unfair. Residents didn’t enjoy the festive season. Parents were forced to sit outside, watch their children play in the streets and when they noticed somebody with a gun, they jumped up and ran to get their kids out of the war zone,” Ismail said.

Gang violence has marred the festive season for residents of Atlantis, too.

In the early hours of Christmas morning, around 1am, two members of the 28s gang were allegedly shot and killed by their own members. A third person, who was wounded and rushed to hospital, has since been discharged.

It is believed that one of the men was shot and killed by his brother. Rushin Thompson was shot in the chest and then dragged by Oscar Simon, an alleged 28s gang member, into a yard. Thompson died and as Simon left the scene, he was shot in the back of the head in an alley.

A petrified resident, who did not want to be named for fear of reprisal, said: “Upcoming 28s gang members taking over the reins show little respect to older gang members. The skimbozis (sic), as they are referred to, have sent out a clear message that they mean business and are the new kids on the block.”

Police spokesperson Sergeant Noloyiso Rwexana confirmed that Atlantis police are investigating two cases of murder and one of attempted murder. Three suspects, aged 19, 20 and 23 were arrested and will appear in the Atlantis Magistrates’ Court on Tuesday, 5 January.

“On arrival at Blomvlei Road, they saw an adult male with multiple gunshot wounds. The suspects involved in the shootings drove past the scene and members of the community pointed them out to the officers.

“A car chase ensued with more officers joining in. The vehicle stopped behind Pelikaan Court where the suspects jumped out and were caught by a metro officer. A firearm was found inside the vehicle with 55 live rounds which included 14 hollow-point rounds,” he said.

The area where the guns were found is notorious for gang fights, Western Cape SAPS spokesperson Brigadier Novela Potelwa said.

“The police activities, comprising roadblocks, raids, vehicle checkpoints, compliance inspections and targeted operations are set to continue until the end of the holiday season in an effort to ensure all are, and feel, safe,” she said. DM