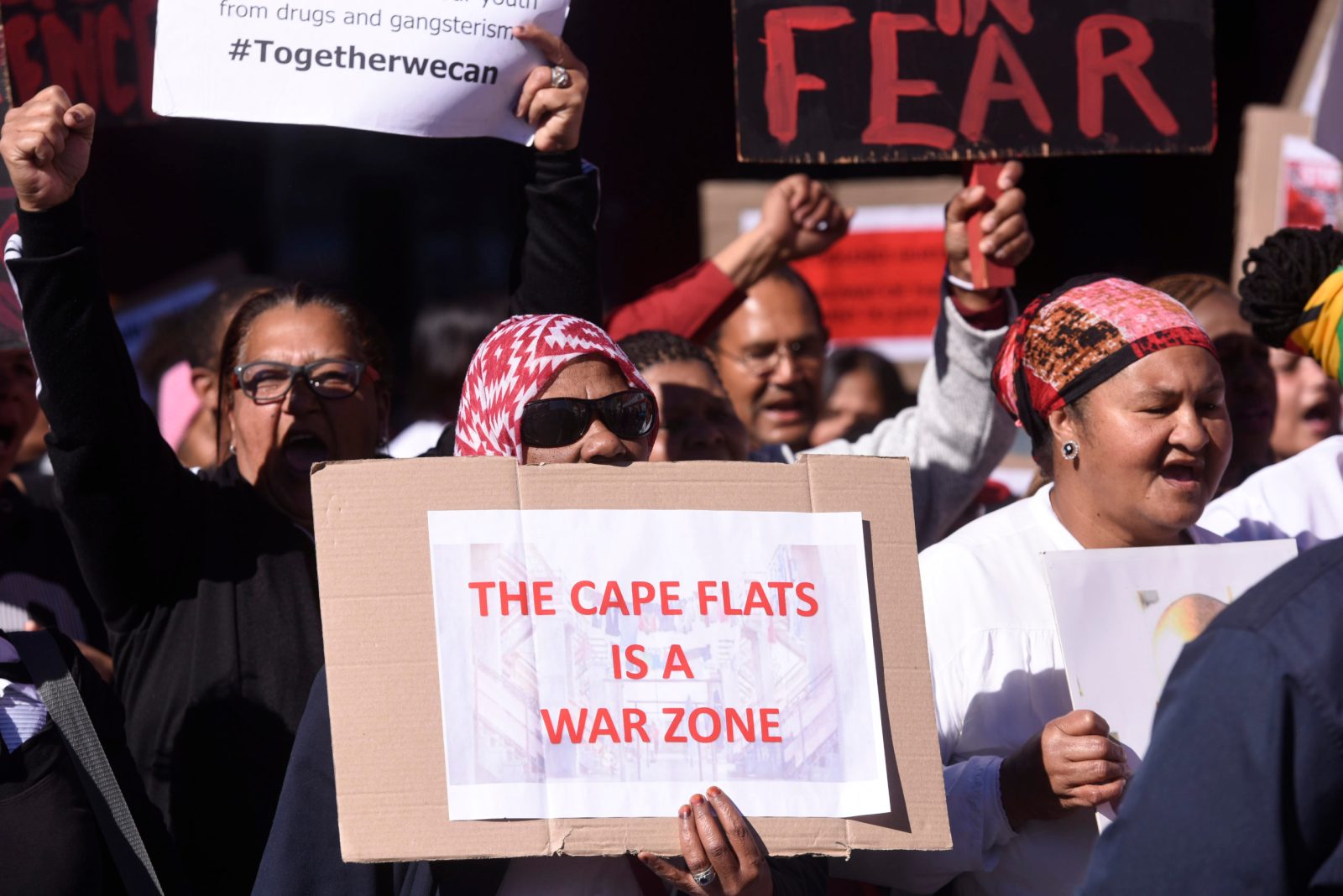 Gun battles between rival gangs in Heideveld, Cape Town, have been raging for weeks, with unscrupulous gangsters showing total disregard for the safety of children and women.

Leaders of the Americans and Stupa Junior Mafia Boys gangs in Heideveld are killing members who apparently “committed treason” during the Covid-19 lockdown by selling illegal cigarettes and alcohol for a rival gang to make a quick buck.

This was said by Heideveld Community Policing Forum (CPF) chairperson Abdul Kader Jacobs after an alleged member of the Stupa Junior Mafia Boys was gunned down on Saturday 12 December.

The Stupa Junior Mafia Boys is made up of the Stupa Boys and Junior Mafias who have jointly been waging a war against rival gang the Americans. The alleged gangster was shot in the head and the mouth at about 1pm in Patricia Court, the stronghold of the Americans gang. Another two people were wounded at around 6am on Sunday 13 December.

Chaos erupted on Saturday when the Stupa Junior Mafia Boys and the Americans opened fire and sent petrified residents grabbing their children and running for safety.

Jacobs said that during the national lockdown gangs held talks on making money through illegally selling alcohol and cigarettes.

“When gangs sell drugs they do it within their own turf. Any breach of the turf results in a turf war. But during the lockdown there seemed to be no turf boundaries when it came to the illegal selling of alcohol and cigarettes.

“Rival gangs moved freely into each other’s territories, and recruited rival gang members to sell these products in their own territory. Gang members lower down the chain needed the money during the lockdown period and took the opportunity to earn a quick buck. Now, with the lockdown regulation relaxed, the gang bosses are out to take out these ones,” Jacobs said.

The murder on Saturday afternoon followed a shooting on Friday 11 December at a barber shop in Heideveld Road. Six members from the Stupa Junior Mafia Boys apparently stormed the barber shop, firing shots and seriously wounding a man.

Gun battles between the rival gangs have been raging for weeks and unscrupulous gangsters show total disregard for the safety of children and women walking between the two blocks of flats that are the gangs’ strongholds. A single street separates these flats.

The gunmen in the Heideveld shooting incidents are still at large and although police have stepped up patrols in the area, the situation remains volatile, with residents saying they are too scared to peek out of their windows.

On Sunday residents on social media called for immediate intervention to prevent an escalation of the violence.

Gavin Walbraght, chairperson of the Lavender Hill CPF, said it was frequently mentioned on chat groups in Lavender Hill that gang members had sold illegal cigarettes and alcohol without the knowledge of gang bosses.

“What has happened in Heideveld is really worrying and can spill over to all gang-infested areas. It is a case of brothers and nephews taking each other out. Our fear is that innocent children playing in the streets can be caught in the crossfire.

“It is relatively quiet in Lavender Hill with sporadic shooting incidents being reported. We hope that the tranquillity will not be disturbed by a full-scale war,” Walbraght said.

Byron de Villiers, chairperson of the Lentegeur CPF, said although their area has been fairly quiet there had been an increase in hijackings.

Meanwhile, Police Minister Bheki Cele visited the Western Cape on Thursday 10 December as the first stop of the Safer Festive Season Operations Inspection Tour. He said the police would be out in full force this holiday season. DM/MC