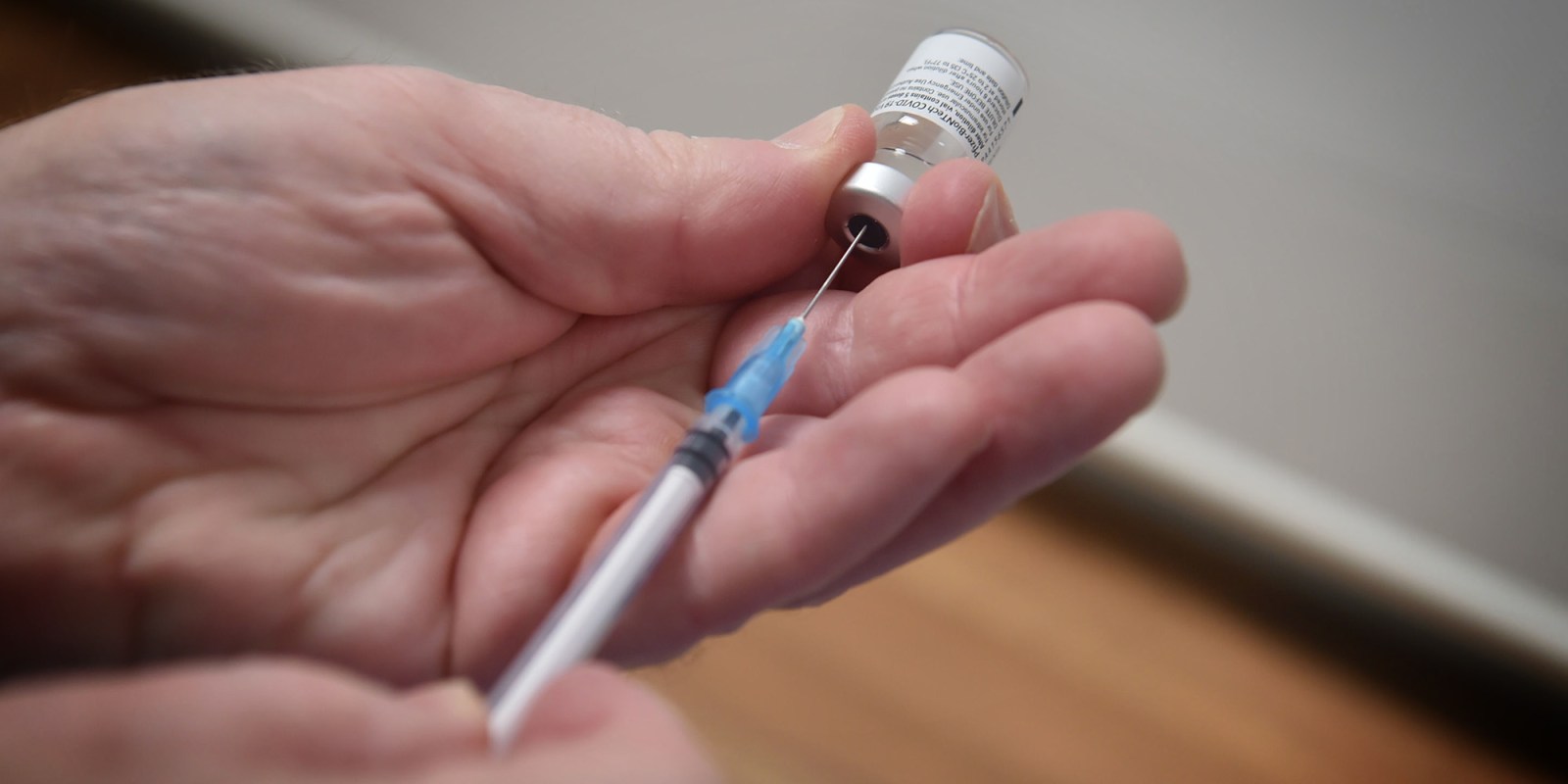 A member of staff prepares a phial of the Pfizer/BioNTech Covid-19 vaccine jab ahead of it being administered at a vaccination centre in Cardiff, Britain, 08 December 2020. (Photo: EPA-EFE/Ben Birchall / POOL)

“We call on the Department of Health to act urgently, transparently and decisively now to obtain vaccines and to implement vaccination, so as to reduce death and illness, and bring the pandemic under control.” So reads a letter started by Professor Heather Zar, a leading public sector paediatrician at Cape Town’s Red Cross Children’s Hospital.

Over 2,500 people had signed the petition by the time of publication of this article. Many are well-known doctors, nurses and researchers, including Professor Francois Venter, former head of the Southern African HIV Clinicians Society, Professor Ntobeko Ntusi, Head of the Department of Medicine at Groote Schuur Hospital, Professor Lucille Blumberg of the National Institute of Communicable Diseases and Professor Helen McShane of Oxford University.

The letter states: “There are several effective Covid-19 vaccines being produced and many countries have begun or are about to begin vaccinating, including some low- and middle-income ones. South Africa has a strong primary health care system. The success of the antiretroviral program shows what the health system is capable of. We are well-placed to implement vaccination.”

The petition calls on the health department to start by vaccinating frontline health workers, followed by those most at risk including elderly people and people with comorbidities.

“I’m a health worker and want to know that I am not putting my clients and family at further risk,” wrote Laila Dalwai who signed the petition.

Left it too late?

Speaking to GroundUp, Shabir Madhi, professor of vaccinology at Wits University, criticised the health department’s vaccine procurement strategy. He said the department had put all its eggs in one basket by only relying on COVAX and leaving bilateral negotiations with pharmaceutical companies too late.

In an interview on ENCA Professor Barry Schoub, Head of South Africa’s Ministerial Advisory Committee on coronavirus vaccine development, said that South Africa could not afford to buy vaccines in advance like many rich countries have done because it would have meant purchasing vaccines on risk. In other words the government would have had to pay for vaccines that were still being tested even if they failed to work.

But Madhi said this was “nonsense”. He said that making an “advance market commitment” to vaccine producers would mean only paying if the vaccine was successfully brought to market. This is why countries like Canada have enough vaccines committed to it to vaccinate their entire population.

A petition by civil society organisations, known as the C-19 Coalition, has also been started.DM