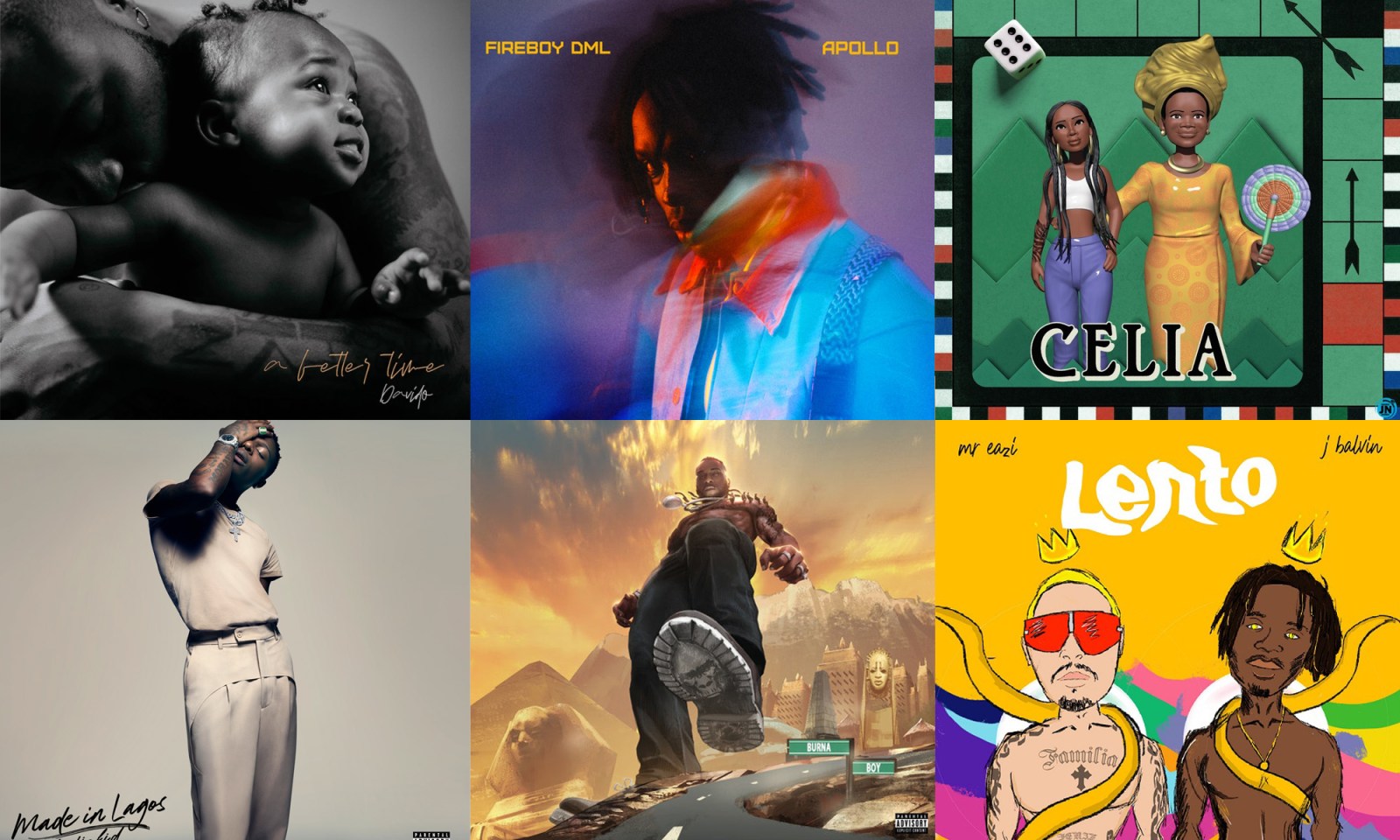 It’s the unforgettable year of Covid-19, but 2020 is also when the genre of Afrobeats deepened its global imprint.

First, it acquired its own official chart in the UK.

Third, many Afrobeats megastars – Burna Boy, Wizkid, Tiwa Savage, Davido, Flavour, Fireboy DML, Mr Eazi, Niniola, Rema, Omah Lay and several more – dropped a flurry of albums, singles and often stunning videos. It is difficult to imagine the logistical hurdles they had to clear to keep productive during a global health crisis. Olamide and Tekno also released impressive bodies of work. Omah Lay arrived on the scene as a refreshing revelation, an unlikely amalgam of blemished youth, de-fanged lust and limpid craving, his voice delicate and vulnerable but wholly convincing.

Naira Marley continued to consolidate his reputation as a veritable lord of the streets, and a master of the sleazy bon mot and double entendre, dishing out a steady stream of risqué hits without missing a beat while building his own music empire comprising rising stars such as Mohbad and C Blvck. The field is now inundated with new stars jostling to impose themselves.

Clearly, the pandemic had a redoubtable competitor in the viral arena as Afrobeats proponents, rather than being discouraged by the plague that upended national economies, created earthquakes of unemployment and all but collapsed entire health systems, hit the recording studios with a vengeance.

Their efforts have paid off, with many securing international deals and recognition. Davido and Tiwa Savage were guests on the popular US Tonight Show Starring Jimmy Fallon. Davido, Savage and Mr Eazi graced the cover of Billboard Magazine which ran a lengthy feature on the unassailable genre. Wizkid added another award to his enormous trophy collection by winning the BET Soul Train best video gong for featuring in Beyonce’s exquisitely shot Brown Skin Girl.

And now all the major European and American music icons are hopping on the Afrobeats bandwagon, adding new flavours, aural textures and possibilities and inevitably spreading the gospel. Sometimes it is hard to separate the genuine stuff from the fluff as bangers swamp the airwaves with inane fillers. Fortunately or unfortunately, the stage for the commoditisation of Afrobeats has been set; it is now up to the real artists to prove their mettle or evaporate into the ether, or more disappointingly, into mere wisps of vacuous air.

Nonetheless, a few releases by some of the major stars stand out. Burna Boy’s Twice as Tall, Savage’s Celia, Wizkid’s Made in Lagos and Davido’s A Better Time all deserve media space.

Twice as Tall, coming after the prolix and impressive African Giant, establishes Burna as a serious artist. One of the singles on the album, Monsters you made, which features global superstar Chris Martin, is a blunt excoriation of the ills of colonialism, imperialism and other forms of exploitation. And coming amid the angst of Black Lives Matter activism, it’s quite a soothing blast of social disapproval made even more poignant by Ghanaian novelist Ama Ata Aidoo’s haunting plaint – mildly accusatory yet magnanimous – at the end of the song. Aidoo’s inclusion simply says everything about the supposed “Dark Continent’s” current state of abjection.

This stirring tune is definitely one of the peaks of an album that also features the Senegalese Youssou N’Dour and UK grime and hip hop heart-throb Stormzy. Real life, the song featuring Stormzy, addresses black-on-black crime, particularly in the UK where knife fights and stabbings are common.

Ugandan-British scribe George the Poet inserts a verse in the song, his voice forlorn, conscious, prescient and slightly careworn. This time around Burna’s suite isn’t overflowing with predictable, easy-listening club bangers, but tries to stir up serious thought about political consciousness and social change. Burna stakes his claim to a place in the music game as he demonstrates he isn’t to be messed with on this Grammy-nominated offering. Incidentally, his previous album, African Giant, won Best World Album at the 2020 Edison Awards, making him only the third African to win after Youssou N’Dour in 1994 and Angelique Kidjo in 2018.

Wizkid’s Made in Lagos chases no such lofty dreams, being essentially a mildly paced collection of likeable tunes intended for the unfussy ear. In his quest for aural seduction, he has enlisted the likes of H.E.R., Ella Mai, Damian Marley and rising Nigerian stars Tems, Terri and Tay Iwar. As he sings coolly on Blessed he prefers to stay in his own zone, avoiding unnecessary hassles while single-handedly carving a path within a congested urban jungle teeming with upstarts, impostors and desperados.

He trades verses with Burna on Ginger, a heavy Afrobeats number in which their fun is palpable, unforced, two masters of the form, happily on form and revelling in the track. Wizkid composed all 14 joints on the album, which speaks to the strength of his creative vision and enduring fertility. There is also an evident and undeniable element of sonic cohesiveness. The even pace of the songs lifts his fans emotionally while attesting to his growing maturity as an artist. Wizkid was recently announced as the winner of the 2020 Music of Black Origin Awards in the UK for Best African Act.

Davido’s A Better Life is vintage Davido; ambitious, energetic and unapologetically Nigerian. It features a welter of heavyweights from Nas, Nicki Minaj, Chris Brown, Young Thug, Lil Baby, Tiwa Savage and Sho Madjozi, to other less-well known names. And many of the songs are guaranteed club bangers, including Holy Ground featuring Nicki Minaj. In it he compares her to the sacred and historic city of Timbuktu – far-fetched imagery of considerable power, by Davido’s usual standards.

Shopping Spree, featuring Chris Brown and Young Thug, is another certified banger where Davido draws freely from the depth and heft of Afrobeats. Fem, the unlikely #EndSARS anthem, is also on the album. Davido made himself available to protesters during the nationwide anti-SARS demonstrations and this increased his political stock in the country. Sonically, the album consists of what we have come to expect of Davido; frenetic, often joyous and lustful, a riotous feast meant for the incorrigible habitués of the dance floor. Davido’s infectious energy cannot be denied and it seems to be able to vault him over any obstacle or perceived inner limitation. Jowo, a captivating video dropped on December 4, proving once again that contrary to what he or his detractors might think, he is his own sole competitor. But the album could have done with a bit of trimming as it sometimes veers all over the place.

Tiwa Savage’s Celia can’t be said to be too different except that it is a considerably more compact suite. With 12 tracks, it features Sam Smith, Stefflon Don, Naira Marley and Dice Ailes. Expectedly Afrobeats-laden, it is also her first release since leaving Don Jazzy-headed Mavin Records. She doesn’t stray too much from her usual creative path but some of the songs seem strained, unfelt and not fully realised. But Koroba’s appeal, in spite of its brief length, is pretty powerful. It was slightly disturbing when she revealed she had drafted a battery of writers and producers whom she housed in a hotel for the purpose of completing her album. That didn’t seem quite right as Savage, reputedly a songwriter of merit, is known to compose her own songs and those of other vocalists. Perhaps Savage is merely reacting to the formidable pressures of breaking into larger, more finicky international markets. Nonetheless, the album is tough competition for anything out there.

With these major releases Afrobeats can be said to be more than alive and thriving as the rest of the world remains sapped and shrunken by the ravages of the pandemic. And the whole world, even in its fallen state, is listening avidly. DM/ML

On 9 December, at the 2020 Music of Black Origin Awards (MOBO Awards), one of one of Europe’s biggest Music Award ceremonies, Wizkid was announced as the winner for best African act; also nominated in the same category were Burna Boy, Davido, Rema, Fireboy DML, Adekunle Gold, Shatta Wale, Afro B, Stonebwoy, Tiwa Savage and Master KG. Burna Boy won the best international act at the event.

Sanya Osha is a scholar and author who lives in Gauteng.