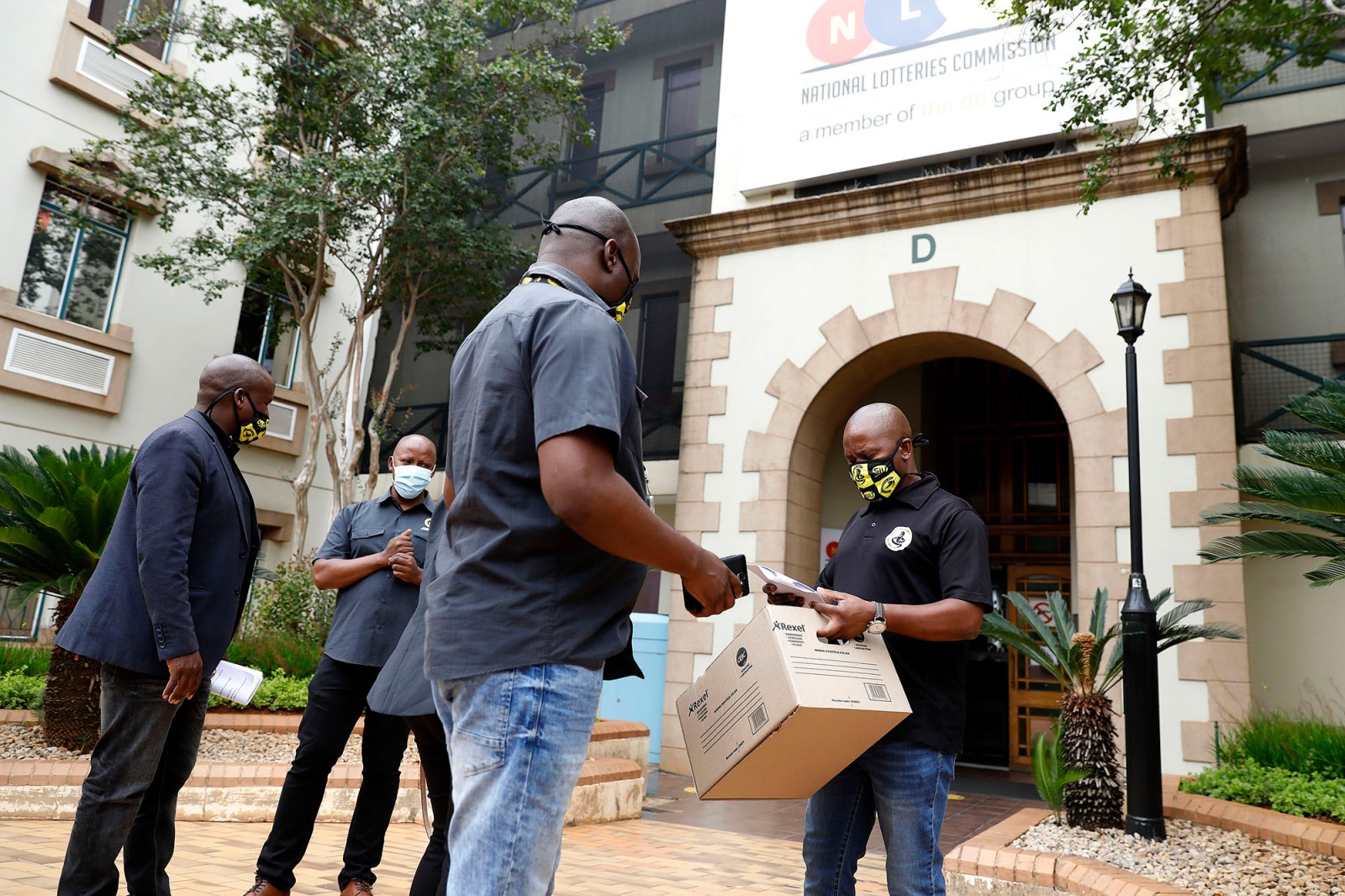 The raids come a month after President Cyril Ramaphosa signed a proclamation authorising the Special Investigating Unit to investigate maladministration and corruption at the National Lotteries Commission. (Picture: Phill Magakoe)

After the Special Investigating Unit and the Hawks raided the National Lotteries Commission offices, they raided the offices of Lesley Ramulifho, a lawyer who has been linked to dodgy Lottery grants.

Hours after the National Lotteries Commission’s (NLC) offices were raided in Hatfield, Pretoria, the Special Investigating Unit (SIU) and Hawks moved on to raid the Garsfontein, Pretoria, offices of lawyer Lesley Ramulifho, who has been linked to dodgy Lottery grants.

“I can safely say that a lawyer’s offices in Garsfontein are being raided. [Today] we’ve raided the NLC, Metrofile [a document storage company where the NLC stores many of its files] and now the lawyer’s offices,” said Kaizer Kganyago, SIU’s spokesperson, who did not want to confirm the lawyer’s name.

But Daily Maverick has independently confirmed that the lawyer whose offices were raided is Leslie Ramulifho, who runs Ramulifho Attorneys.

These raids come a month after President Cyril Ramaphosa signed a proclamation authorising the SIU to investigate maladministration and corruption at the NLC.

Ramulifho is no stranger to controversy. In 2012 Ntumba and Associates’ forensic investigation found that Ramulifho had “significantly inflated” the invoices he submitted to the Pan South African Language Board (PanSALB) for the work he had done for them.

The forensic report recommended that a criminal case be opened against Ramulifho and that PanSALB should institute civil claims to recover the R1.2-million paid to Ramulifho.

But Ramulifho’s most recent controversies involve the hijacking of Denzhe Primary Care, an NGO that had been dormant for four years before Ramulifho hijacked it.

In 2016 Denzhe received a total of R27.5-million from the NLC. The money was intended to build a rehabilitation centre and a sports centre. Instead, Ramulifho used R500,000 of it to buy two Ocean Basket restaurants. Ramulifho claimed it was a loan and that he paid the money back.

In September, Lionel October, the director-general of the Department of Trade, Industry and Competition (DTIC), told Parliament that a dossier of evidence gathered by forensic investigators appointed by DTIC Minister Ebrahim Patel involving the R27.5-million rand Lottery grant Denzhe had received had been handed to the police.

Commenting on the raids at the NLC and at Ramulifho’s offices, investigative journalist Raymond Joseph, who has exposed the dodgy Lottery grants, said that he was relieved.

“The most relieving thing about this is that the story is now mainstream, I’m not the only one talking about it because when I was the NLC kept saying I have a vendetta,” said Joseph.

The NLC has accused GroundUp and Joseph of targeting it and smearing its leadership.

“It’s been tough [writing about the maladministration and corruption at the NLC]. I’ve been sued and defamed by the Lottery,” Joseph told Daily Maverick.

In April 2019, Ramulifho asked the Pretoria High Court to urgently order GroundUp, The Citizen and the Daily Dispatch to remove all articles from their websites that make any reference to him. He also asked the court to order the publications to publish a retraction, and not to publish any further articles about him, pending further litigation.

All three publications opposed Ramulifho’s application. The judge ruled that the application was not urgent, and struck it from the roll. He also awarded costs against Ramulifho.

But in the affidavit he lodged for the case, it was alleged that Ramulifho committed fraud, forgery and perjury

Daily Maverick was unable to get in contact with Ramulifho at the time of writing. DM