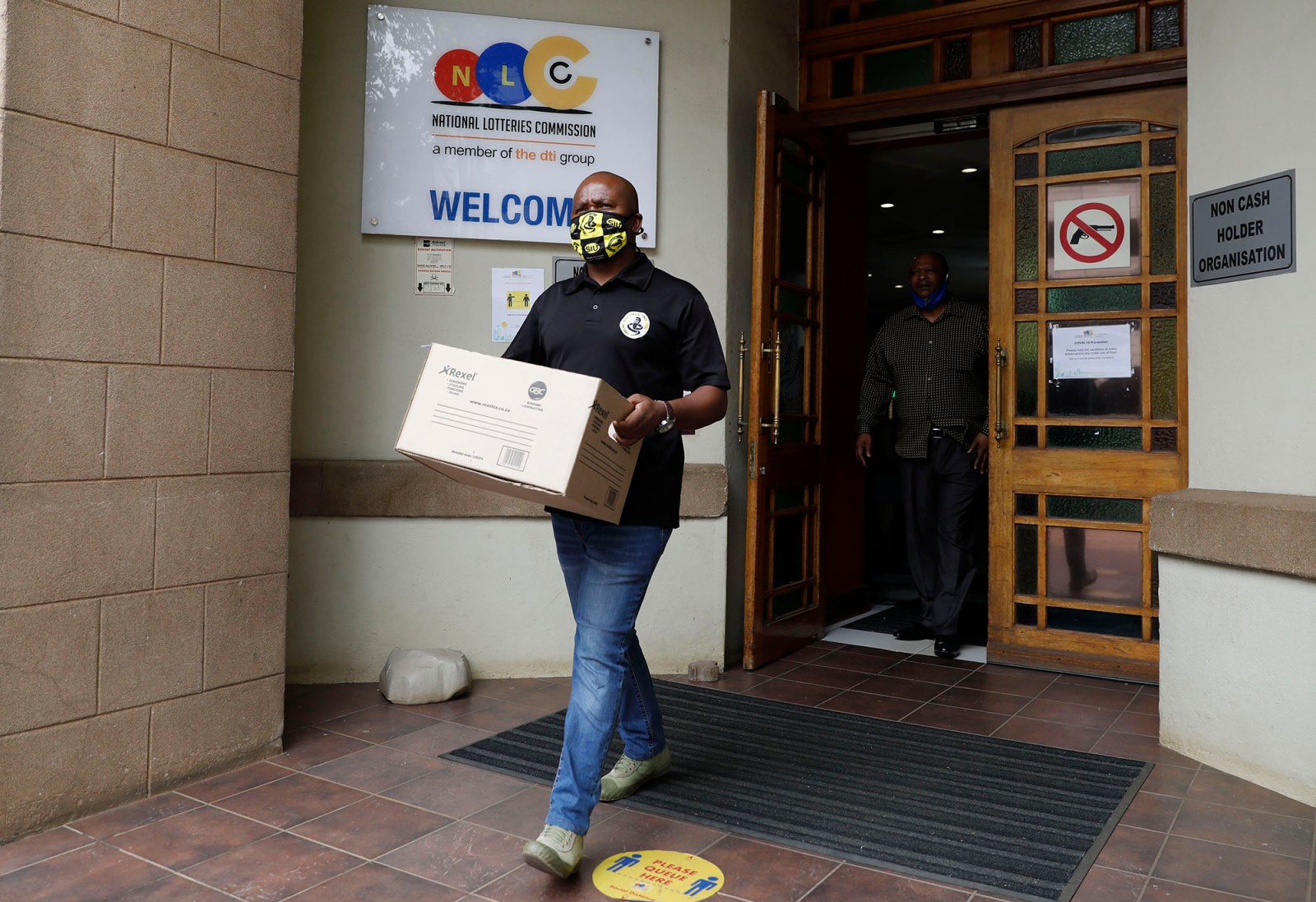 A Special Investigative Unit (SIU) official is seen carrying a box from the National Lotteries Commission during a raid in Pretoria, on Tuesday 8 December, 2020. Picture: Phill Magakoe

The National Lotteries Commission’s (NLC) offices were raided almost a month after Cyril Ramaphosa gave the Special Investigating Unit the go-ahead to probe corruption and maladministration at the commission.

On Tuesday, the National Lotteries Commission (NLC) offices in Pretoria were raided by about a dozen Special Investigating Unit (SIU) and Hawks officials.

This comes a month after  Cyril Ramaphosa signed a proclamation authorising the SIU to probe allegations of corruption and maladministration at the commission.

“The SIU and the Hawks officials got there at 7am this morning. The relevant documents, whether electronic or print, were taken in relation to the proclamation that was signed by the president,” said Kaizer Kganyago, the SIU’s spokesperson.

“Right now, the SIU is interviewing the relevant people, the rest were told to go home,” Kganyago told Daily Maverick.

The proclamation covers offences “which took place between 1 January 2014 and the date of publication of this proclamation, or which took place prior to 1 January 2014”. It also covers any offences after the date of its publication that are “relevant to, connected with, incidental or ancillary to the matters … or involve the same persons, entities or contracts investigated under the authority of this Proclamation”.

“We knew that the president had signed a proclamation so obviously this [raid] was expected,” the NLC’s Ndivhuho Mafela told Daily Maverick.

The proclamation allows the SIU to investigate:

For the past year, there have been reports about the corruption that has been happening when it comes to funding organisations.

In September Lionel October, the director-general of the Department of Trade, Industry and Competition (DTIC), told Parliament that a dossier of evidence gathered by forensic investigators appointed by DTIC minister Ebrahim Patel involving a dodgy R27.5 million rand Lottery grant had been handed to the police.

Other dodgy projects that have been reported include three projects which received R60 million in 2017 to build an old age home, library and a museum in Kuruman. When freelance reporter, Raymond Joseph, went to see the projects two years later, they had not been completed.

Joseph also reported that the organisations that had received the funding for these three projects had been linked to the NLC’s chief operating officer, Phillemon Letwaba.

Letwaba has been on special leave since March. DM