Nationwide rewrite after leaked matric exam papers is in the best interest of learners, says Umalusi 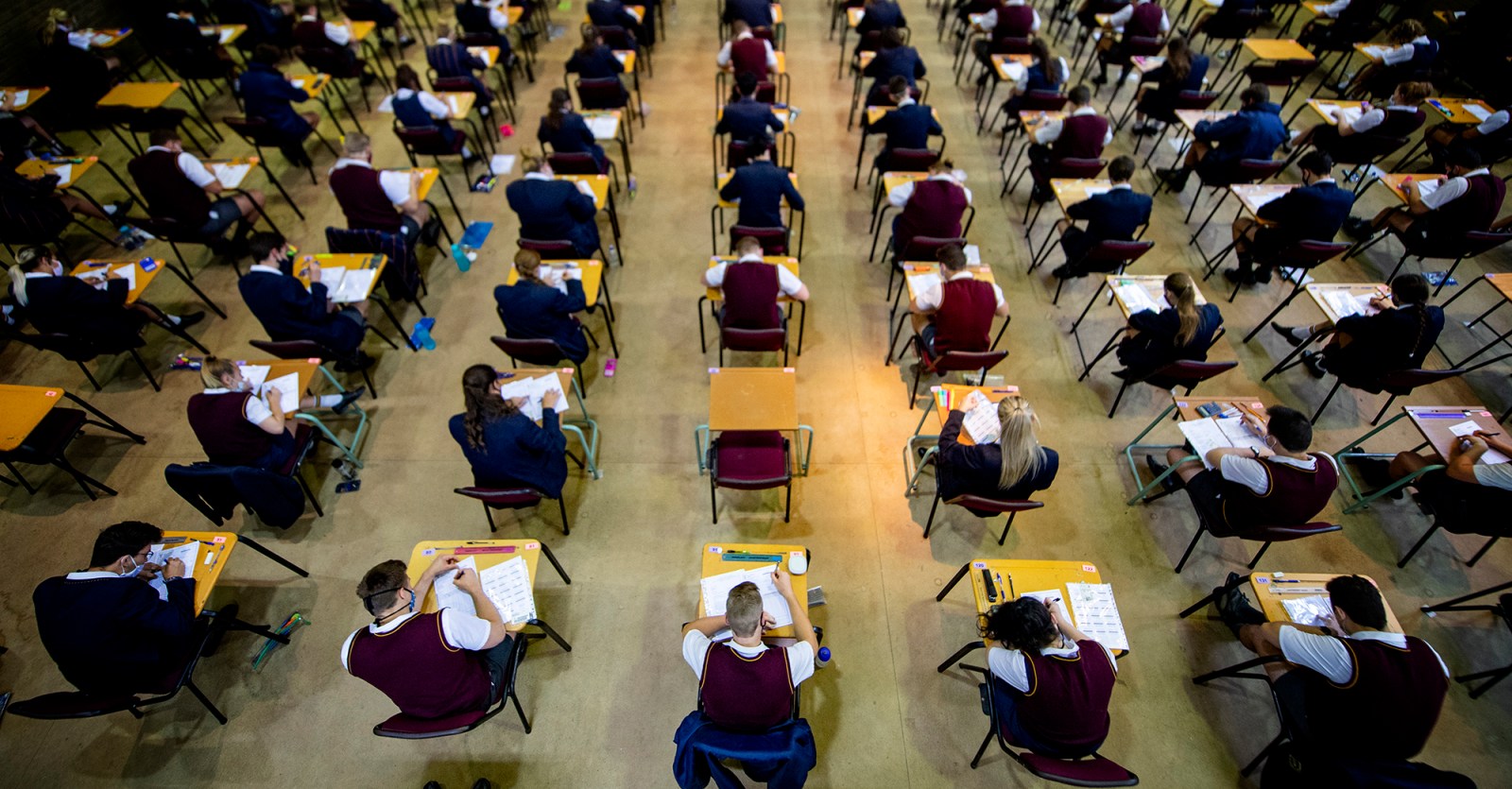 Umalusi says it decided on the 2020 matric maths and science exam rewrites because it did not have enough time to conclude investigations into the leaks or determine how widespread they had been. (Photo: Gallo Images / Die Burger / Jaco Marais)

The independent regulator stands firm in its decision to ask for a national rewrite of the leaked NSC exams, despite a public backlash. Teachers’ unions and civil society organisations have turned to the courts to oppose the rewrite.

Although the Department of Basic Education (DBE) was unable to conclusively determine the extent of the Mathematics and Physical Science Paper 2 leaks, Council for Quality Assurance in General and Further Education and Training (Umalusi) stands by its position that the exam papers were “irrevocably compromised”.

Last week, the Minister of Basic Education, Angie Motshekga, announced that there would be a national rewrite of the two leaked papers.

On Tuesday 8 December, Umalusi – the independent quality assurance body that regulates and approves the National Senior Certificate (NSC) results, among other roles – held a webinar to discuss the matric exams and how they are standardised.

“This decision has been taken in the best interest of the learners,” said the Umalusi CEO, Dr Mafu Rakometsi. “We make decisions based on what is sound, based on the facts that we have on the table.”

Rakometsi said DBE reports confirmed they would not manage to conclude the investigation into the leaks timeously or conclusively determine how widespread they were.

“The Council [Umalusi] may refuse to issue a certificate if a substantial irregularity has occurred in relation to an external assessment,” the act states.

When questioned about the lack of evidence to determine whether there was a “substantial irregularity”, Rakometsi emphasised that the council should act decisively now, rather than wait for an investigation that will not be finalised soon.

Teachers’ unions and civil society organisations are challenging the decision.

On Monday 7 December, AfriForum filed court papers at the Gauteng Division of the High Court in Pretoria on behalf of four learners, to reverse the department’s decision for a nationwide rewrite.

“This decision by the minister was made without any representative body of matric learners being consulted in this regard.

“During the weekend it also became known that the minister based her decision on an interim report stating that some 195 learners had seen the question papers and most of the learners who had gained access to the papers belong to a WhatsApp group of top achievers selected by the department itself for preferential treatment and support,” the organisation said in a statement.

It argues that the decision will unfairly disadvantage matric learners who wrote the exams honestly.

Equal Education (EE) said on Monday that Motshekga and the department had not convinced the schooling community that a national rewrite was the only way to protect the integrity of the exams.

“Based on what officials from Umalusi and the Department of Basic Education (DBE) have said in the media, we are not convinced that getting all matrics to rewrite the leaked maths and physical sciences exam papers, is justified. The leaking of exam papers is very serious, but Umalusi and the DBE have not made a strong enough case for why insisting on a national rewrite is appropriate at this moment,” the statement read.

The SA Democratic Teachers Union (Sadtu) secretariat officer, Xolani Fakude, said the union first had to send a letter of demand to the department before they could head to court to challenge the decision.

“By end of business day today, the papers will be filed. As a formality, we first had to write a letter of demand to the department. And they haven’t responded to it,” he said.

DBE’s head of department, Hubert Mweli, who was also in attendance, said Sadtu will be the fourth organisation to approach the courts to challenge the rewrite.

“The matters are sub judice and as you would know we cannot comment further when that is the case,” he said. DM