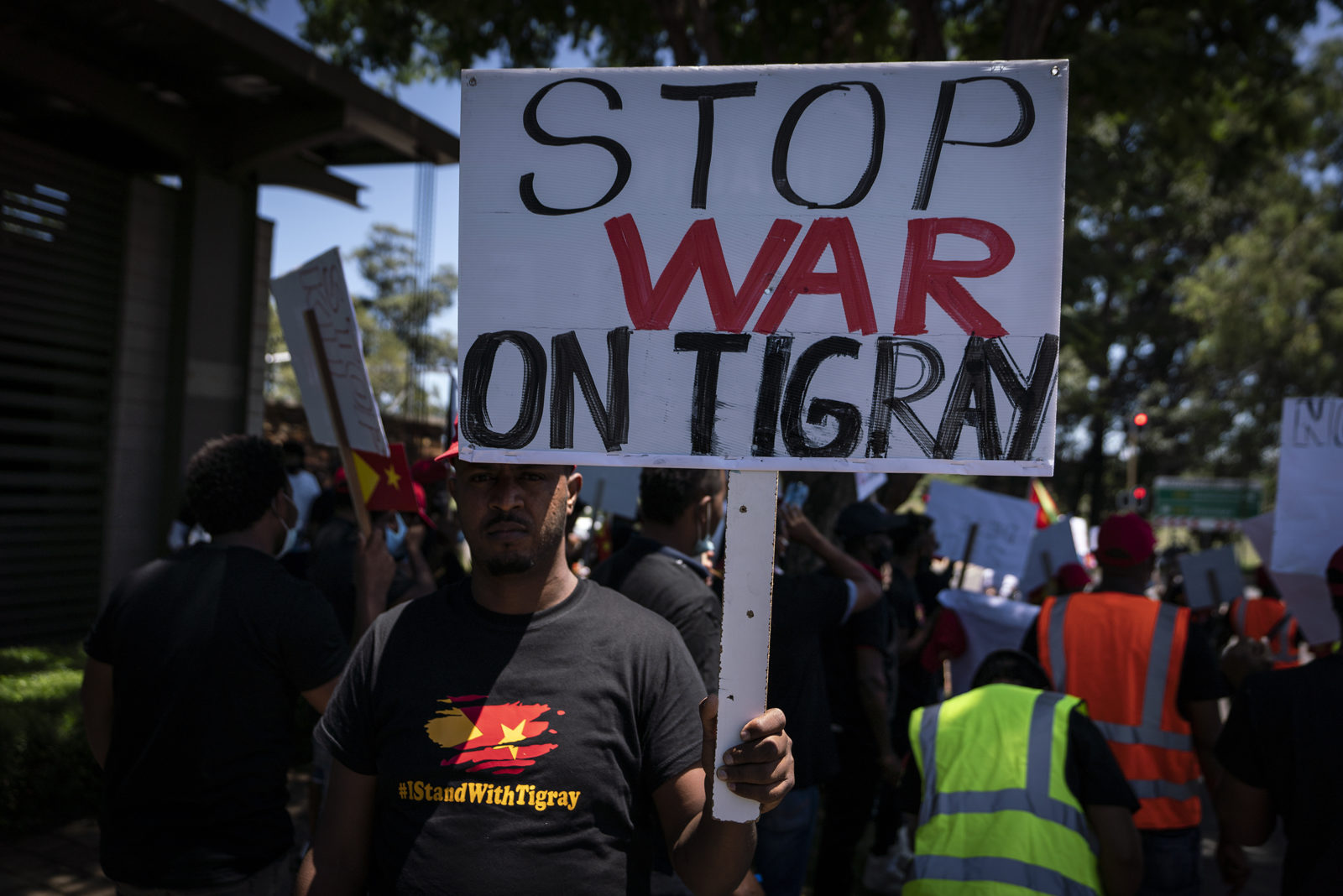 Ethiopia’s cultural federalism was an attempt by the Tigrayan People’s Liberation Front to address the 'national question'. This was unchartered territory in Ethiopia and the move polarised Ethiopians and the marginalised alike. Photo: Shiraaz Mohamed

The past continues to haunt Ethiopia, with the current conflict in Tigray bringing into sharp focus the unresolved ‘national question’ – whether or not cultural federalism can co-exist with an overarching Ethiopian national identity.

History has shown us that Ethiopian leaders have been unable or unwilling to address, in a transparent and genuine manner, the issue of the Ethiopian “nation”.

Ironically, Prime Minister Abiy Ahmed was propelled into power in 2018 specifically to try to pacify the restive Oromo region that protested against the government’s inability to deliver true federalism.

Yet under his leadership, the country finds itself in a state of war because of his attempts to return to state centralisation and to bring an end to the cultural federal experiment that has been in place since the 1990s.

The newly formed Prosperity Party under the leadership of Ahmed appears to hark back to a past of state centralisation and homogenisation – a crude attempt that denies the complex cultural diversity of Ethiopia.

Ethiopia’s cultural federalism was an attempt by the Tigrayan People’s Liberation Front (TPLF) to address the “national question”. This was unchartered territory in Ethiopia and the move polarised Ethiopians and the marginalised alike.

Many in the country remained committed to the nationalist delusions of the ancien regime and rejected the decentralised approach to the nation; yet many of those who had been previously marginalised welcomed this radical departure with the past.

Despite their shifting ideological influences, when the TPLF came into power they acknowledged that a highly centralised state has not worked in Ethiopia and is unlikely to work in the future.

The cultural federal experiment became a crucial test of the fundamental ideals and conceptions of Ethiopian statehood, of which the retention and control of the territorial borders is a fundamental part.

In 2011, renowned scholar of Ethiopian Studies, John Markakis warned that “the project of state building is far from completion and its end cannot be predicted”.

He went on to suggest that “the analysis of succeeding crises along the route highlights the structural faults in its design, which is the centre’s monopoly of power”.

Markakis warned that another political rupture in the centre was imminent. He was right.

The formation of the modern Ethiopian state in the late 19th century – the Empire state under Emperor Menelik, was characterised by conquest and subjugation. The expanding empire absorbed territories located to the south, east and west of the political centre.

Throughout the modern period of imperial rule, from Menelik until the demise of Emperor Haile Selassie in 1974, the state was characterised by an absence of a unifying national discourse. The unitary state adopted the identity of the rulers who were Amhara.

There was no attempt to acknowledge the cultures of the diverse ethnic groups that were forcefully absorbed into the Ethiopian state. They had to assimilate or endure a life where they were marginalised politically, socially and economically.

The Amhara identity became the social indicator of inclusion and exclusion.

“Amhara” does not denote a specific ethnic group: it became the default national identity of the imperial state because it coincided with the cultures of the ancient state of Abyssinia.

Nation-building thus followed a process of imposing Amhara national identity on the entire population of the empire, because the ruling Amhara and Amharised elite felt that they were the embodiment of the state.

The Amhara identity could be identified by the language (Amharic) and religion (Ethiopian Orthodox Christianity). This effectively excluded those who inhabited the peripheries and might have followed Islam or were animist.

Following the Ethiopian Revolution and the overthrow of Haile Selassie in 1974, the Marxist regime known as the Derg radicalised the state.

Marxism became entangled with elements of modernist discourse where the emergent socialist narrative sought to introduce radical land and other state reforms. Not quite breaking with the past, the Derg continued and intensified state centralisation.

The peripheries mounted a notable resistance to the formation of a “garrison state”. This led to a wave of low-intensity conflict throughout the country from the late 1970s and throughout the 1980s.

Most notably at this time, the Tigrayans of the north, one-time allies of the state, found themselves on the margins under the Derg. They took up arms and joined forces with the Eritreans who were fighting for their independence from Ethiopia.

The TPLF’s “non-nationalist” vision of cultural federalism was to a large extent influenced by their own history under the Derg regime. However, it soon became clear that the TPLF had no genuine interest in reversing the past.

They paid lip service to cultural federalism and in the process extinguished all hopes of a true democratic dispensation in Ethiopia. The TPLF concentrated power among its ranks and wreaked havoc in the peripheries where they continuously meddled in regional politics.

If it was not for an insatiable desire for power, the TPLF came very close to addressing the national question in Ethiopia. Granted, there were serious issues with democratisation, yet for a certain period of time, roughly between 1995 and 2012, cultural federalism co-existed with a pan-Ethiopian identity.

Many felt acknowledged and empowered under cultural federalism and simultaneously felt pride with their Ethiopianness. This state of equilibrium was very rare and short-lived.

Similar to previous political ruptures in Ethiopia, observers can only hope that lessons will be learned and that the leadership will avoid the temptation to fall into the shallow pit of “minority cultural chauvinism”.

One hopes that leaders will listen to the many calls from Ethiopians to have a national dialogue.

The country must commit to a meaningful reform agenda that will tackle the big questions of nationality and citizenship in an open and transparent manner. This will also need to happen within a context of renewed commitment to democracy. DM

Dr Namhla Matshanda is a senior lecturer in International Relations and African Politics at the University of the Western Cape. Her research interests centre on Africa’s international relations and state-building on the Horn of Africa, with a focus on Ethiopia.