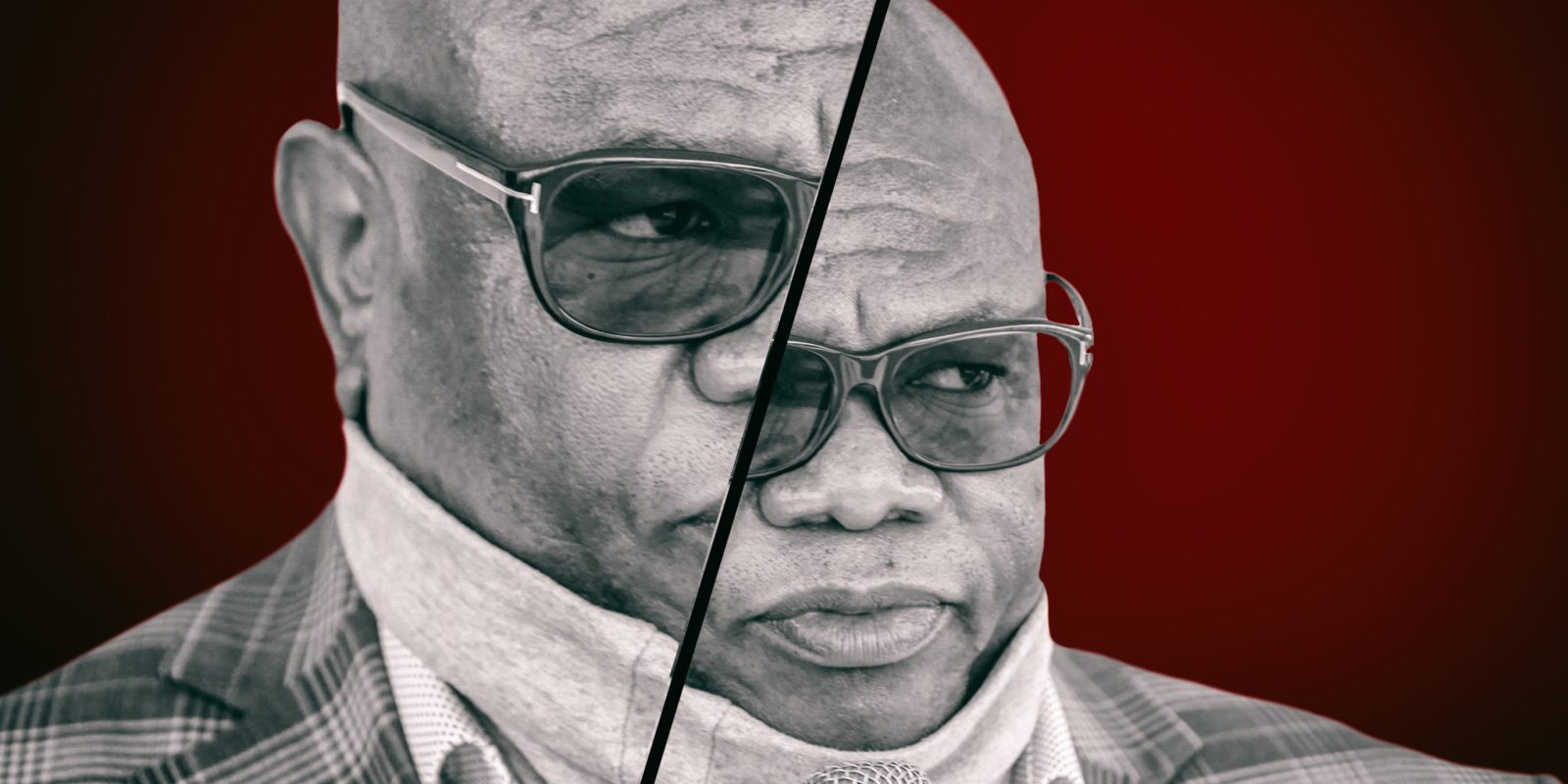 The political hurricane that is the Zondo Commission also threatens to engulf Joburg Mayor Geoff Makhubo, who has been accused of personally benefiting, while the city’s finance head, from deals struck between a company he controlled, a third-party and the city. He may find it difficult to retain his position in the 2021 local government elections as Nelson Mandela Bay-type chaos looms.

On Friday afternoon Zondo Commission evidence leader Matthew Chaskalson detailed payments made by the company Regiments Fund Managers to a company controlled by Johannesburg Mayor Geoff Makhubo, Molelwane Consulting. More than R35-million was paid between 2008 and 2016. For part of that period, Makhubo was the treasurer of the ANC’s Joburg region. For another part of that period, he was the city’s Member of the Mayoral Committee for Finance. And during this time Makhubo recommended that the city maintain its contracts with Regiments Fund Managers.

Put simply, he benefited financially from his own political actions in the City of Johannesburg.

At the moment he is chair of the ANC in Joburg and became the city’s mayor after Herman Mashaba resigned in 2019.

Many of the payments referred to at the Zondo Commission had first been reported by amaBhungane in Daily Maverick in December 2018.

Makhubo denied any wrongdoing then. It is important to note that it was after the publication of reports about these payments that he was elected to the position of mayor of the City of Johannesburg by ANC councillors.

After those first reports, he went before the Gauteng ANC’s Integrity Commission, which cleared him.

It now appears the same committee may have to reinvestigate the matter and have another look at the payments that were originally reported on, and the new payments that have been mentioned since.

Questions need to be asked about why the commission cleared Makhubo in the first place. Sometimes matters are obvious. When someone is both a Member of the Mayoral Committee for Finance in the City of Joburg and their company is benefiting (through a third party) from contracts with the city, how difficult can the matter be for the Integrity Commission?

And if the Integrity Commission cannot make a guilty finding in this context, then when could it?

All of this brings into question previous decisions made by the Integrity Commission of the ANC in Gauteng, and at a time when it has to make difficult decisions about others who are accused of making money corruptly during the Covid-19 pandemic, such as former Gauteng Health MEC Dr Bandile Masuku.

Then there is Makhubo’s very own behaviour.

He clearly believes that he has done nothing wrong, failing to see how it is morally wrong to be on both sides of the fence in these deals, to benefit financially from decisions he influenced in the city.

Last week there were images of people bearing placards stating that “Fundraising for the ANC is not a crime”. This may be the first sign of the argument that could be presented by people like Makhubo, who are accused of similar wrongdoing. They will claim the money was not for them but was for the ANC, and that they are being targeted for helping the party.

But this argument cannot be accepted. Theft is theft, whether you did it for yourself or for your political organisation, which in turn will benefit you in the long term. There were real victims of Makhubo’s alleged illegalities. He benefited to the tune of millions – money that should not have gone to him but to the residents of the City of Joburg.

Meanwhile, his actual record of governance of the City of Joburg has serious question marks hanging over it.

It is that Makhubo has given the impression that this does not matter.

As Ferial Haffajee remarked after dealing with the city in connection with power problems and pricing, “The writer sent detailed questions to the spokespersons in the mayor’s office on September 9 on the state of the city and, despite many good-willed promises, we have not had a response. The mayor has promised an interview after his study leave is over.”

This is the mayor of a major city who is a rich man (as evidenced both by his prior career and these payments), who believes it is correct for him to go on study leave while his city suffers during a once-in-a-century pandemic.

Before the pandemic struck, he also indulged in behaviour that appeared to be in conflict with his official position. In February, residents in Soweto held a protest demanding a flat rate of R150 a month for electricity. This is part of a long-running issue that has its roots in the 1980s.

But this time, Makhubo, while mayor, joined them.

Later, he claimed he was not supporting the residents’ call, but instead had joined the protest because he wanted Eskom to resolve electricity supply problems in that region.

This may well be another area where Makhubo has failed to understand that it is wrong to be on both sides of the fence.

The Zondo Commission testimony against Makhubo presents a series of difficult problems for the ANC. Makhubo is the chair of the ANC’s Joburg region, which would make him the obvious choice to be mayor and make it harder to remove him. But if the ANC allows him to remain in office he will be an obvious target for opposition parties. The DA in particular, which has had a tough 2020, may find him an ideal target to campaign against.

Then there is the internal politics of the ANC. It seems likely that the fights over positions in municipalities will be more intense next year than ever before. Joburg is a major prize, as it controls massive amounts of revenue and comes with prestige. It is likely that Makhubo’s opponents within the Joburg ANC and perhaps in the Gauteng ANC will use this against him.

With our politics in a state of flux, the infighting in the Joburg ANC ahead of the elections will increase the chances of the party falling below 50% in the city, making it more likely that there could be another dysfunctional coalition government.

A resulting process of “splintering” is likely to cause people to vote with their ethnic group. If this is the case, parties like the Patriotic Alliance or Al Jama-ah could end up holding the balance of power in Joburg, necessitating more patronage being used to maintain power.

There is still almost a full year to go before the elections are held. It is likely that there will be more revelations and probably more infighting in the Joburg ANC. Makhubo will play a key role, and events around him will help define the city’s chaotic future. DM