In the Covid-19 panic, let’s not forget that HIV/Aids is still very much with us 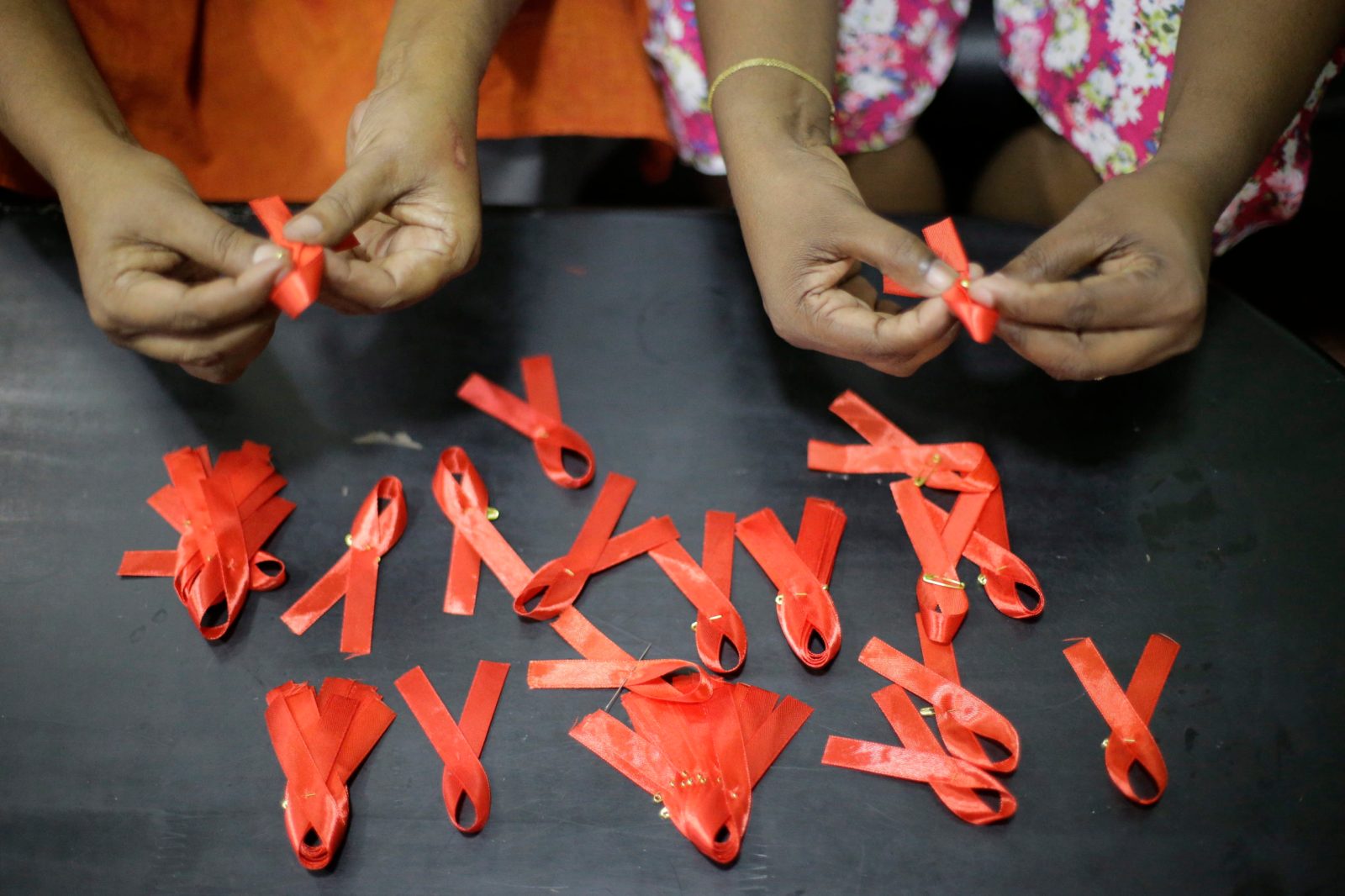 It has become clear that the greatest shapers of international public policy in this century have been representatives of people living with HIV, LGBTQ+ persons, sex workers and drug users and their allies, says the writer. (Photo: EPA-EFE / Chamila Karunarathne)

This week is a big one for epidemics. Today is World Aids Day. On Thursday the UN General Assembly holds a special session on Covid-19. Although it seems there’s growing political commitment to ending Covid-19, it also seems like another epidemic, Aids, is fast being forgotten. There will be a price to pay.

Today is World Aids Day, the 32nd since the day was declared in 1988 as part of a strategy to try to break the silence around HIV.

But in addition, on Thursday and Friday the United Nations General Assembly holds a special session (UNGASS) on Covid-19 where we will witness a line up of heads of states making pious promises and commitments to Covid-19 prevention and treatment.

This year is also the 19th anniversary of the first UNGASS ever to be dedicated to a disease – Aids. That was held in June 2001 and led to a Declaration of Commitment that contributed to accelerating progress in the fight for HIV treatment.

Yet, for all the lip service, both epidemics are out of control.

By Monday, Covid-19, caused by a virus which is only a year old, had notched up more than 62 million cases, including nearly 1,5 million deaths (see here).

Those numbers will, in fact, be much higher.

In South Africa, we reached 785,139 cases and 21,439 deaths yesterday, and in some parts of the country, particularly Nelson Mandela Bay, the epidemic rages out of control.

Here too the real numbers will be much higher with excess deaths tracked by the Medical Research Council (including the Covid deaths) reaching 51,473 by 10 November.

In the annual World Aids Day report, released by UNAids last week, an additional 1,7 million HIV infections and 690,000 deaths have been reported in 2020, bringing the total number of people living with HIV to 38 million. An estimated 32.7 million people have died since Aids was first detected.

Covid has some catching up to do.

Clearly Covid-19 has eclipsed HIV in terms of its infectiousness. But we shouldn’t forget that while there are now promises of several efficacious vaccines for Covid-19, the search for a vaccine for HIV remains elusive (as explained in this article by Bhekisisa today).

Similarly, although HIV can now be treated very easily and successfully, without treatment, most people infected with HIV will eventually become ill with opportunistic infections and die of Aids.

Another report, also issued on Tuesday by the HIV Policy Lab, analysed 33 policy areas and reveals that “no country in the world has yet adopted the core HIV policies that are in line with the recommendations of the World Health Organisation, UNAids and the Commission on HIV in the Law”.

“HIV has been slipping down the international agenda for some years. That is why I am calling on leaders to come forward to support a UN general assembly high level meeting on ending Aids in 2021 to address with urgency the outstanding issues that are holding us back from ending the epidemic as a public health threat by 2030.”

If this is what is at risk at a global level, what’s happening in South Africa?

Unfortunately, nobody has been properly monitoring the impact of the Covid-19 epidemic on access to HIV and TB testing and treatment.

As usual, the government and civil society leaders of the SA National Aids Council (SANAC) have been asleep at the wheel, even though the warning signals have been flashing since May 2020.

In Gauteng today, the Rhitshidze programme, which is a joint project of organisations of people living with HIV, including the Treatment Action Campaign (TAC) and NAPWA, will be launching the findings of a survey of 120 clinics in Gauteng, which shows how the poor quality of healthcare services at primary level is the cause of poor ARV treatment outcomes.

According to the report, “all four PEPFAR priority districts in Gauteng achieved less than 2% of their net new goals, some far below that figure, pointing to many diagnosis and retention challenges”.

When it comes to TB, testing is reported to be lower because of the Covid-19 lockdown. A national TB seroprevalence survey, which shows much higher rates of TB infection than expected, is being withheld by the department of health.

It has been finished for six months and was supposed to be released more than a month ago, but the media briefing was cancelled without explanation. We are left to speculate on the reasons why the health department does not want to make this report public.

This World Aids Day, the truth is that HIV/Aids is in greater danger of being forgotten and displaced in political priorities than at any moment in the last 20 years. Like TB, it risks becoming an endemic and everlasting disease of the poor and marginalised.

How can we stop this?

The first thing is that at an international and national level, recovering the lost ground of Aids and HIV has to be made a key pillar of the international Covid-19 recovery plan.

The second is, while campaigns for HIV treatment and non-discrimination were used by activists and donors to open up civic space in many countries, Covid-19 has been used for exactly the opposite: to clamp down on civil society, suppress elections and brutalise populations.

The world won’t be able to fight HIV or Covid-19 if the erosion of democracy continues apace, particularly in countries that were the epicentre of both the HIV and Covid-19 epidemics.

The third relates to civil society.

Civil society organisations have played a remarkable role in the response to Aids and Covid-19. They have plugged gaps left by governments, done their best to expose human rights violations and fed the hungry.

This is necessary but not enough.

Civil society leaders the world over need to wake up to the fact that the world has changed unrecognisably from the one in which we, as Aids activists, fought successful battles for access to treatment.

If you can’t see that, get out of the way and let the next generation through.

It’s time to stop only firefighting and develop a new vision and plan, similar to the one that was so influential in the early 2000s. It’s time to build active alliances with the climate justice movement, with the Black Lives Matter movement, and to get out and advance democracy.

It’s time for activists to again get out of the offices and into the streets: revive and expand treatment literacy, demand resources for health systems, demand legal reform that protects human rights.

Health, inequality and social justice have become completely inextricable from each other. The time for the next great freedom struggle is now. DM/MC

Mark Heywood is the Editor of Maverick Citizen. He is a long-time HIV activist.