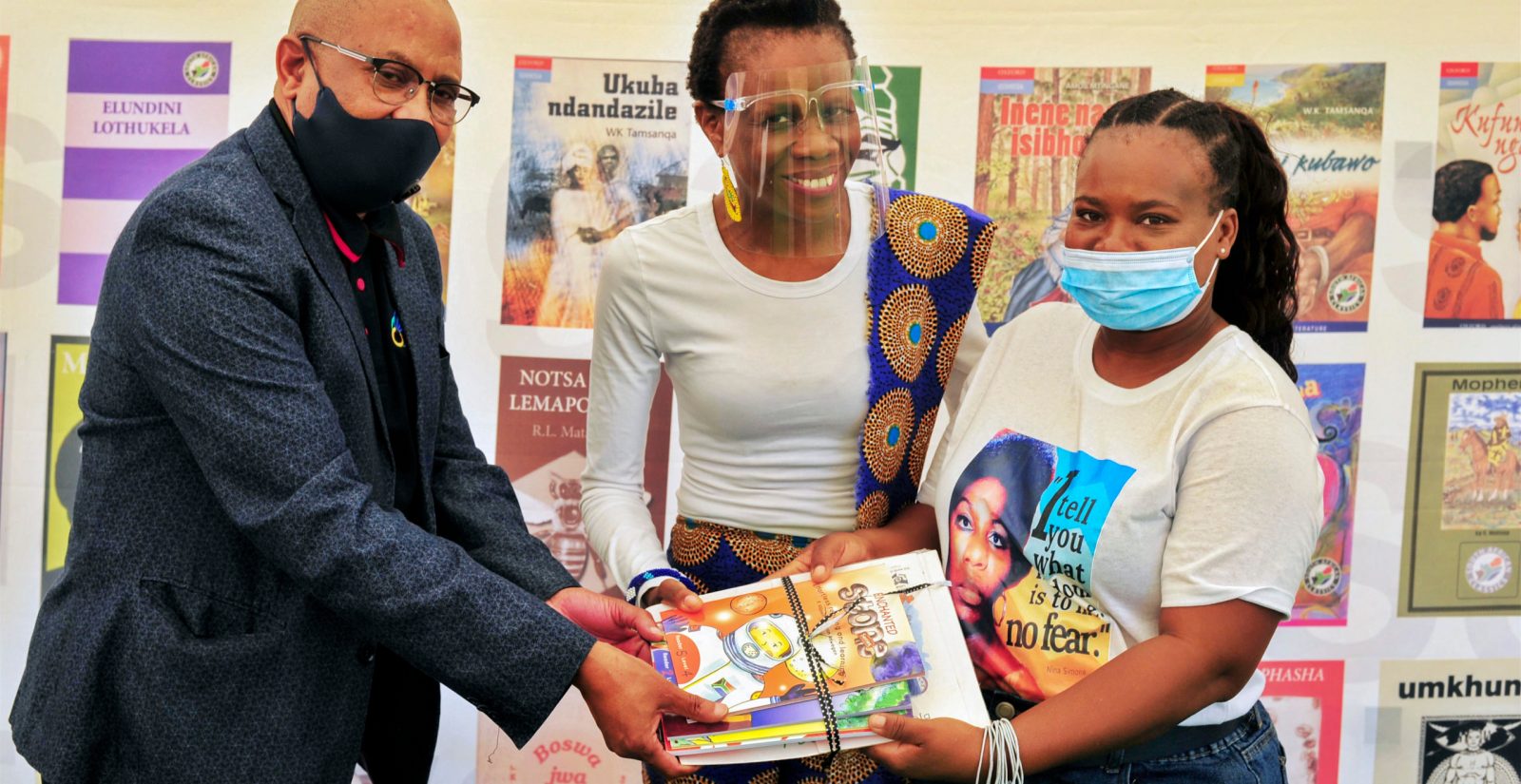 Big book donation is the latest in an ‘outpouring of support’ since we first told the story of a Limpopo library shaping young minds.

The village of Dipateng came alive with the cheerful voices of children from the Ponelopele Reading Club Library when the National Library of South Africa (NLSA) came bearing gifts on Saturday.

The library, which is run from a tiny brick building in rural Dipateng, a sub-village of Mphakane in Limpopo, was featured in Maverick Citizen a month ago.

The NLSA donated 287 books to the library and conducted a workshop to help them further achieve their goal of promoting a culture of reading and writing among the village’s children.

Makgatla Thepa Lephale, who founded the library from her home garage five years ago, said the intervention by the NLSA was the latest in an outpouring of support for the library since the article was published in October.

She said they had received overwhelming support, with offers of book donations from individuals and organisations including Jacana Publishers. Furthermore, in response to their ablution challenges, an individual has offered to build a toilet.

Another has offered to erect an outdoor shelter where they can conduct sessions when the library becomes too crowded and too hot.

Thepa Lephale said they had received so many book donations that they managed to share some with other rural community projects that want to follow in their footsteps.

Andrew Malotle, acting director for Centre for the Book, an outreach unit of the NLSA whose mission is to promote a culture of reading, writing and publishing in local languages, said they learnt about Ponelopele through social media.

He said they then initiated a process to partner with them and other role players including the provincial library services and Nal’ibali,  “a national reading-for-enjoyment campaign to spark children’s potential through storytelling and reading”, to offer support to Ponelopele.

“This initiative has a lot of impact because we want other people to start reading. So, these people [Ponelopele] will serve as our ambassadors to get into the community and inculcate the culture of reading,” he said.

The Funda Mzantsi project which was established in 2013 is part of the NLSA’s mandate to promote a culture of reading among South Africans and also includes programmes for offenders.

“Their support will help us grow and strengthen our programme. The reaction has been overwhelming,” said Thepa Lephale. DM/MC