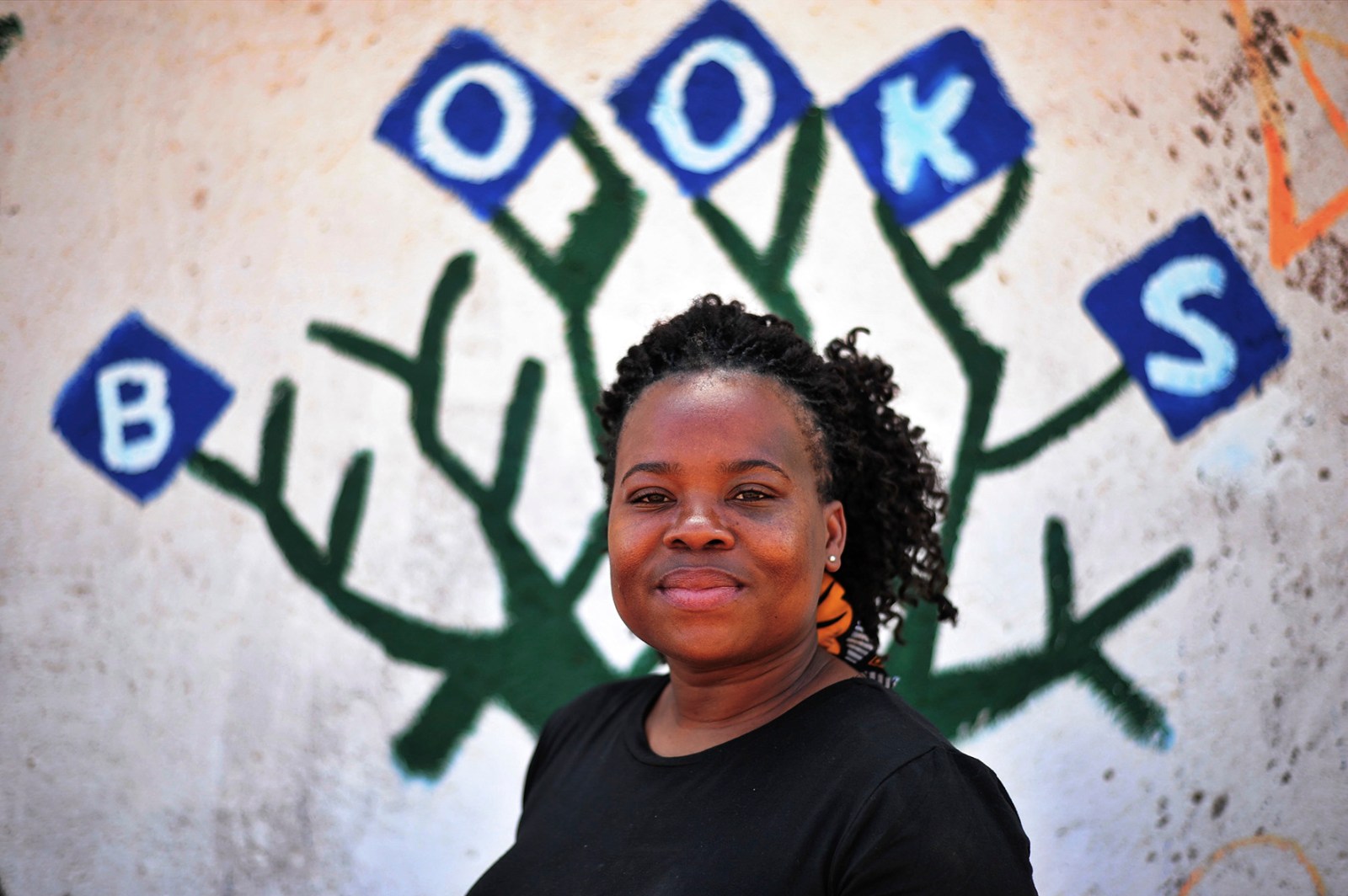 The Ponelopele Reading Club Library is more than just a place where village children learn to read.

On a Saturday afternoon, a group of children take turns reading from books in the shade forming behind a tiny brick building located at the edge of a massive boulder hill in Dipateng village.

One of the little ones reads fluently from a Sepedi book. Her peers listen intently to the story of Sepatikana, a poor boy who wins the jackpot at the races, but mistakenly destroys his winning ticket in a fire.

“How many hands does she deserve?” a woman who is not much taller than some of the children asks the gathering.

Some say five hands, others say three and another says seven. In the end, the children clap five times to show appreciation for their peer’s reading skills.

This is the first meeting of the Ponelopele Reading Club Library after a long break forced by the nationwide lockdown imposed in late March to counter the spread of the coronavirus.

Every Saturday morning Lerato Shotholo boards a taxi from her home in Mokomene to travel to the tiny building in Dipateng 14km away.

The teenager is among scores of children who gather at this building which houses the Ponelopele Reading Club Library every weekend at noon to polish up on their reading, play board games, dance and learn valuable life skills.

Lerato’s dream is to become a businesswoman and writer. When she heard of the Ponelopele Reading Club Library at the beginning of this year, she asked her parents if she could join. She has since become a regular with more than 40 other children who are part of the establishment.

The library was established, quite by chance, by local resident Makgatla Thepa Lephale in 2015. It is open to all children from her village and beyond, free of charge. An avid reader and academic, she often spent her weekend afternoons under a tree at home in Dipateng, a village in the Molemole district of Limpopo, reading quietly.

Her reading sessions caught the interest of local children who asked to join her. In no time the group grew from six to more than a dozen. Lephale, 36, who was recently featured in the Mail&Guardian 200 Young South Africans, moved the sessions from under the tree to her family garage.

Then, as the numbers swelled even more to about 60 children, moving from the shade of a tree to the home garage, she knew it was time to expand.

As word of the reading meetings spread through the village, Lephale decided to establish a reading club. She and her husband, author and attorney Matome Chidi, bought material to build a zinc shack that housed the Ponelopele Reading Club and Library (Ponelopele means looking ahead, in the Sesotho languages). But the growing hordes of knowledge-hungry youngsters soon outgrew the shack and Lephale approached the local traditional authority to ask for a piece of land to build a proper structure.

The move wasn’t without challenges, but eventually she was allocated a site she had carefully identified as suitable for the project.

Now the building occupies pride of place in Dipateng, a sub-village of Mphakane which according to the 2011 Census, had 5,348 households and a population of 20,439. Only 8.6% of people over 20 have a tertiary education.

Lephale says she wants the library to be more than just a place where children come to learn reading skills.

“Ponelopele is more important than the books that they read. I would want to see the children that I groom grow into responsible men and women who would come back and invest in this library,” says Lephale, who works as a procurement officer and lectures part time in local government studies.

Lephale helps the children who range in age from three years to 18, to read in Sepedi and English. They also recite poetry and play board games such as chess and Scrabble. The children also have fun practising dance moves to shake off the serious business of reading.

She emphasises that the children master reading in their mother tongue, Northern Sotho, as studies have proved that mastering one’s indigenous language is important for development.

The United Nations Educational, Scientific and Cultural Organisation (Unesco) has declared the decade beginning in 2022 as the Decade of Indigenous Languages.

The organisation says the declaration recognises the importance of indigenous languages to social cohesion and inclusion, cultural rights, health and justice and highlights their relevance to sustainable development and the preservation of biodiversity as they maintain ancient and traditional knowledge that binds humanity with nature.

Unesco says current data indicates that at least 40% of the 7,000 languages used worldwide are at some level of endangerment.

Lephale’s intervention is also crucial considering the results from the Progress in International Reading Literacy Study report 2016, which found that 78% of Grade 4 pupils in SA could not read for meaning (they don’t understand what they are reading).

The study placed SA last out of 50 countries that participated in the exercise, with Limpopo and Eastern Cape the poorest performers with scores below 300 points.

Lephale, who has no sponsors and relies on donations of books to keep going, has also organised trips for the children to visit libraries in the town of Polokwane and in Johannesburg. She was shocked to learn that some of the children had never travelled beyond their village.

This heightened her drive to ensure that her intervention went beyond just mastering the written word. She has taken courses on basic life skills to help her deal with some of the issues affecting the children.

“Some bring issues that are beyond the library. Some kids don’t have food at home. I must step up as a parent. But it is difficult to run [this] when you don’t have funds,” she says.

The library’s shelves are packed with some of the books donated by volunteers who learnt of it through social media and word of mouth. But Lephale says they still need more books, especially those written in Northern Sotho.

The library, which is not connected to the electricity grid, also doesn’t have ablution facilities or running water. Some of the children relieve themselves behind rocks or ask to use the toilets in neighbouring houses.

Lephale, whose love for reading was ignited by the mini-library in her grandparents’ home while growing up, now has 45 children on Ponelopele’s books. She hopes to grow bigger and get other like-minded volunteers to assist in grooming the next generation of thinkers and leaders.

She is also on the lookout for donations of books and other reading material. But the aim is beyond having a state-of-the-art facility.

“We should have a library in each village. Our aim is bigger than having resources. They [children] should not be able to see the world through the lens of others. We have a serious leadership vacuum in the country [and] these children should be able to question decisions, apply common sense even when they start their own businesses. They should be unique. They [need] to see the world differently, through the eye of a reader,” she says. DM/MC