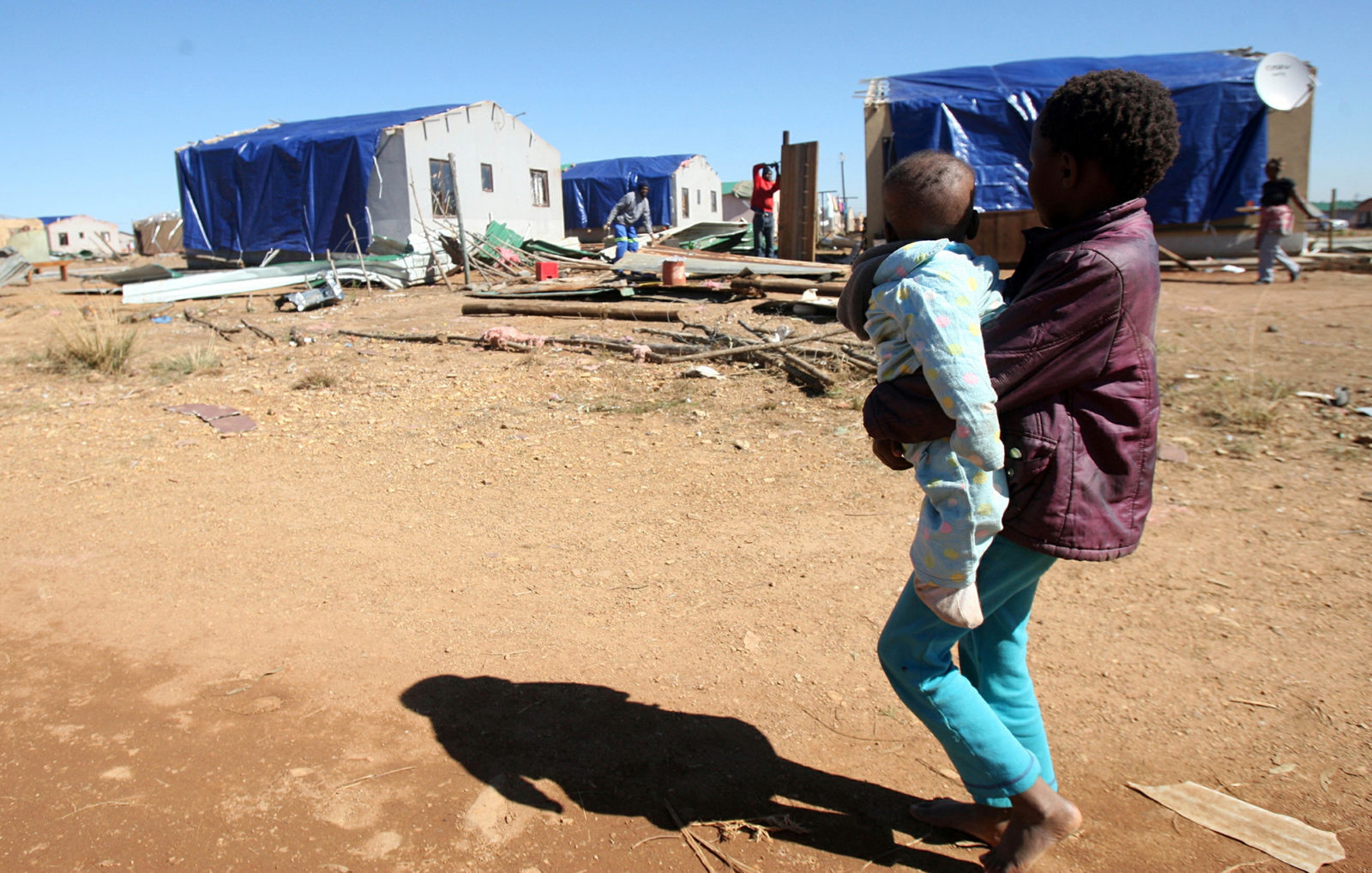 A stateless child is ‘invisible’ to the state and therefore cannot be accounted for even in budgetary considerations. (Photo: Gallo Images / Sowetan / Antonio Muchave)

Without documents to prove their nationality, stateless children belong nowhere. Living their lives as invisible people, they are relegated to the margins of society where basic human rights are out of reach.

Having a birth certificate is something most of us take for granted. For Mbalenhle*, not having access to this seemingly nondescript document has pushed her to the margins of society. Without documents to prove who she is or where she was born, Mbalenhle is considered a foreigner in a country she’s lived in her entire life.

“I was born in Johannesburg, but I am unregistered here in South Africa,” she said. Her parents, who came from Zimbabwe, died when she was young. Without any siblings or familiar relatives, she was left to fend for herself.

Mbalenhle is alone and stateless, meaning she isn’t recognised as a citizen of any country.

“In short, it is someone who has no official nationality at all,” said Sindisiwe Moyo, advocacy and child protection officer at Scalabrini Centre of Cape Town.

According to international law, a stateless person is defined as “…a person who is not recognised as a national by any state under the operation of its law”. This creates barriers to myriad basic human rights such as education, healthcare and social assistance.

“A stateless child is ‘invisible’ to the state and therefore cannot be accounted for even in budgetary considerations,” said Lawyers for Human Rights. “If statelessness is not resolved at a childhood level then it has the potential to manifest into generational statelessness when the children become adults and have their own families.”

Statelessness came into the spotlight once more in November as the United Nations High Commissioner for Refugees (UNHCR) ran its sixth annual #IBelong campaign aimed at eradicating global statelessness by 2024. There are about 10 million stateless people in the world.

For 26-year-old Rabiyah* (not her real name), getting something as mundane as a supermarket loyalty card is impossible without an ID number.

“Something as simple as a savings card or opening up a bank account or applying for a job, applying for school is very difficult,” she told Daily Maverick.

Born in South Africa to Angolan parents, Rabiyah took on her mother’s refugee status at birth. She says her documents expired and her life was thrown into limbo when she struggled to have them renewed. Initially, her family was sent back and forth between Home Affairs and the Angolan immigration office. After some time had passed, they tried renewing her documents again when Rabiyah was about 18 years old.

“We had this Angolan Cessation thing where Angolans weren’t allowed to be refugees any more because the war was now over and that meant we had to have passports,” said Rabiyah.

The fact that both countries are denying me my rights basically for documentation, that led to me being stateless.

The Angolan Cessation was a decision taken by the South African government in 2013 to cancel Angolan’s refugee status after the 27-year Angolan Civil War ended.

This had direct consequences for Rabiyah, who had an expired refugee permit and neither a South African nor an Angolan birth certificate to help her apply for a passport.

“The fact that both countries are denying me my rights basically for documentation, that led to me being stateless.”

Statistics from the UNHCR show about 100,000 children in South Africa are not registered at birth.

“One of the most prominent causes of statelessness in Africa is lack of birth registration and while birth registration does not necessarily confer citizenship, it is the first official acknowledgement of a child’s existence by a state,” said Lawyers for Human Rights.

Lawyers for Human Rights, which runs a Statelessness Unit within the NGO, said children who were unrecognised South African citizens, refugees, asylum seekers or other categories of migrants were at risk of statelessness.

Orphaned or abandoned children, for example, are at risk if a parent isn’t available to assist the child and there aren’t any documents to establish the child’s identity. Children of illegal foreigners (preferably referred to as irregular migrants) are at risk if the parent lacks documentation. Regulations require that the parents of a child submit valid documentation when giving notice of birth. Where a parent is undocumented, the child cannot get a birth certificate.

Unaccompanied or separated migrant children are another group at risk. Research done in 2019 by Scalabrini of foreign children in Limpopo, KwaZulu-Natal and the Western Cape found that 43% of children entered the country as unaccompanied minors. Despite high risks of being trafficked, unaccompanied minors may struggle to apply for asylum, which requires the intervention of the Children’s Court as well as a social worker and can take a long time.

While the law is clear on the rights of all children born in South Africa to birth registration, there are certain arbitrary regulations and policies that create barriers to the full realisation of this right.

Specifically section 20, “no citizen may be deprived of citizenship”; section 28(1), “every child has a right to a name and a nationality from birth” and section 28(2), “ a child’s best interests are of paramount importance in every matter concerning the child”.

“South Africa is yet to fulfil its pledge to accede to the 1954 and 1961 United Nations statelessness conventions, but it is a party of other international human rights instruments that protect the right to a nationality and birth registration,” the NGO said.

The Births and Deaths Registration Act, which governs birth registration in South Africa, also stipulates that “any child born alive” must have their birth registered.

“While the law is clear on the rights of all children born in South Africa to birth registration, there are certain arbitrary regulations and policies that create barriers to the full realisation of this right.

“The 30-day time limit to register births is one example, where parents may battle for various reasons to reach a registration point timeously.

“While late registration of birth is permitted after the 30 days, it is subject to additional costs (such as DNA tests) and stringent requirements including a panel interview,” said Lawyers for Human Rights.

Unmarried fathers are also barred by provisions in the Births and Deaths Registration Act to register the births of their children without the consent of the mother.

Without an ID, Rabiyah was almost barred from writing her matric exams, but a few friends in high places helped her push through that barrier.

“But I know of a lot of other foreign children that aren’t really able to write matric.”

After finishing high school, she worked as a waitress — a “terrifying experience”.

“Not having documents and immigration officers are always lurking, looking for people. And I was working at a restaurant. So that’s the places where people don’t have documents or fake documents.”

“I remember, I went to look for a job. They told me that if I am stateless — I don’t have papers — the only job I must get is to be a stripper. I can’t be a stripper.”

Being stateless has been a painful experience for both women.

“You just don’t have a place that you belong to, you know. I think sometimes I have an identity crisis. And I’m like, What am I really, you know, am I really South African? Or am I really Angolan? I don’t know,” said Rabiyah. DM