No papers, no rights: The plight of undocumented foreign children in SA 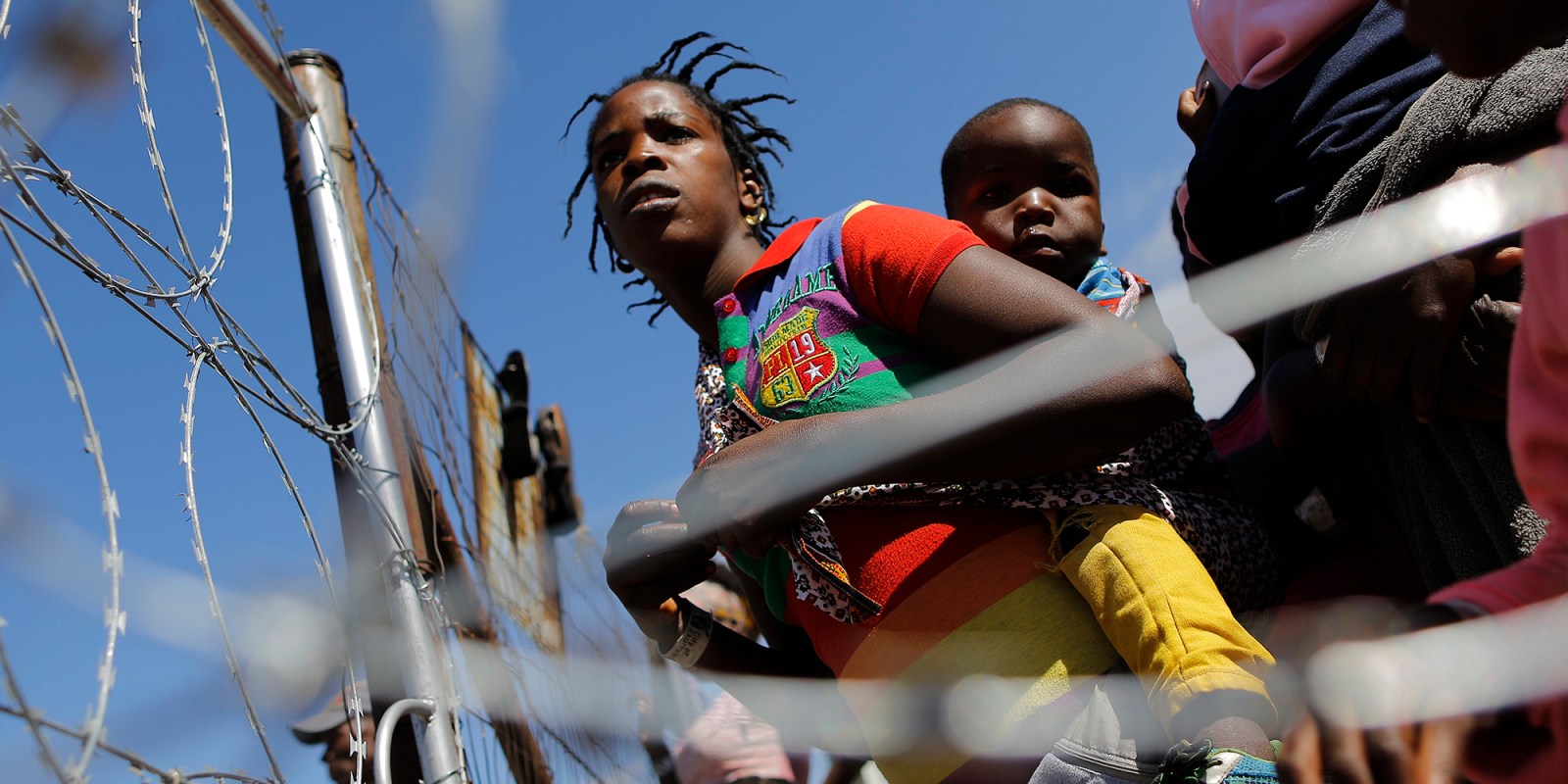 It is not known how many undocumented children there are in South Africa because the country has no system to record the entry of migrating children. (Photo: EPA / Kim Ludbrook)

Without documentation, non-national children in South Africa are denied access to basic human rights. But with an inefficient asylum system in South Africa, the issues seem set to persist.

“Many of the difficulties facing migrant and refugee children in South Africa centre around a lack of viable documentation options,” says Sindi Moyo, the advocacy officer at the Scalabrini Centre of Cape Town.

The non-profit, which advocates for the welfare of migrants, refugees and displaced people, released a report in July 2019 highlighting the plight of foreign children who migrate to South Africa from other African countries such as Zimbabwe, Burundi and the Democratic Republic of Congo.

The research surveyed children at the child and youth care centres in Gauteng, Limpopo and the Western Cape and found that overall 34% of the children held no documentation at all.

“This seemed to be especially problematic in Limpopo, where 82% of children were undocumented,” the report read.

It’s not known how many undocumented children there are in South Africa because the country has no system to record the entry of migrating children.

Moyo said a child’s lack of documentation affects all areas of their daily life.

Of the children who migrated to South Africa, some entered with one of their parents, others were separated from their parents before they reached the country, while others travelled as unaccompanied minors.

For unaccompanied minors, accessing documentation is a difficult feat.

“If a child has a refugee claim, they should apply for asylum within South Africa – which, for unaccompanied asylum-seeking children, requires the intervention of the Children’s Court and a social worker and can take quite some time,” said Moyo.

In some cases, children arrive without any documentation from their country of origin, in which case they are at risk of statelessness – which accounted for 40% of the surveyed children.

“A stateless person is someone who is not recognised as a national by any state. For children at risk of statelessness, they remain undocumented in South Africa and have trouble accessing their most basic rights. When they grow older, it means that they cannot be documented with any identifying document, they cannot be legally employed, open a bank account, get married, or apply to university,” said Moyo.

Once stateless children turn 18, they are at risk of being detained or deported.

The primary legislative frameworks governing the movements of foreign nationals in and out of South Africa are the Immigration Act and the Refugees Act. Other applicable legislation is the Bill of Rights, the Births and Deaths Registration Act and the Citizenship Act.

Moyo highlights that immigrants and refugees do not come to South Africa under the same circumstances and people often conflate the two.

“Not all foreign children are refugee children. A child – or an adult, for that matter – only qualifies for refugee status if they fall within the definition of a refugee. A refugee is, put simply, someone who flees their country of origin due to conflict, war or persecution on certain grounds. Refugee status permits are usually valid for up to four years and have to be renewed every four.

“Asylum-seeker permits are valid for up to six months and have to be renewed continuously until such time as the application for asylum is finalised.”

A non-national who has fled their country must apply for an asylum-seeker permit before they can apply for refugee status. This is done at the nearest refugee reception office (RRO).

According to the Refugee Act, a person qualifies for refugee status if they have a “well-founded fear of being persecuted by reason of his or her race, tribe, religion, nationality, political opinion” and cannot be protected by their country of origin, are forced to leave their country of origin due to unrest or are the dependant of someone who holds refugee status. If then, a parent is undocumented, the child will also be undocumented.

In the case of children who were born in South Africa to foreign parents, 39% of those surveyed did not have a birth certificate.

Without documentation, children face barriers to accessing basic rights under the Constitution, such as the right to basic healthcare and education.

For example, paperwork is needed for a child to enrol in school. A South African child requires a birth certificate or an ID document. A refugee or migrant child needs an asylum-seeker or refugee permit, or evidence that an application has been made for them to stay in South Africa.

There have been cases where refugee/migrant children have been denied access to schools or threatened with legal action because their documentation was missing or outdated.

One incident occurred in 2017 at Eastleigh Primary School in Edenvale where a letter was sent to “foreign parents” informing them that their children would be reported to the police if they did not have up-to-date documentation. The letter was described in the media as “xenophobic” and was later withdrawn by the school.

Another incident, in 2018, involved 37 children from Phakamisa High School in Eastern Cape who were excluded for being undocumented. The Centre for Child Law opened a case against the Eastern Cape Department of Education for inhibiting their rights, stating in court documents that: “No learner may be excluded from a public school on the basis that he or she does not have an identity number, permit or passport,” and applied for an urgent court order for the children to be allowed to attend school on a temporary basis. It was dismissed by the Grahamstown High Court, but was later overturned by the Constitutional Court. The case is ongoing and the children are permitted to attend school until it is finalised.

However, according to the Scalabrini Centre, a number of issues exist within the South African asylum system such as a lack of resources, understaffing, “engrained xenophobia” and corruption. As a result, the waiting times for documents such as asylum and refugee permits have increased.

Laws are also set to get stricter, according to the White Paper on International Migration. The changes will limit avenues to obtaining citizenship. Currently, refugees can apply for permanent residency after five years, but under the proposed law this will no longer be possible. Permanent residents will also be prohibited from applying for citizenship unless it is granted to them by the Minister of Home Affairs in exceptional cases.

The white paper does not make specific provisions for migrant and refugee children. DM