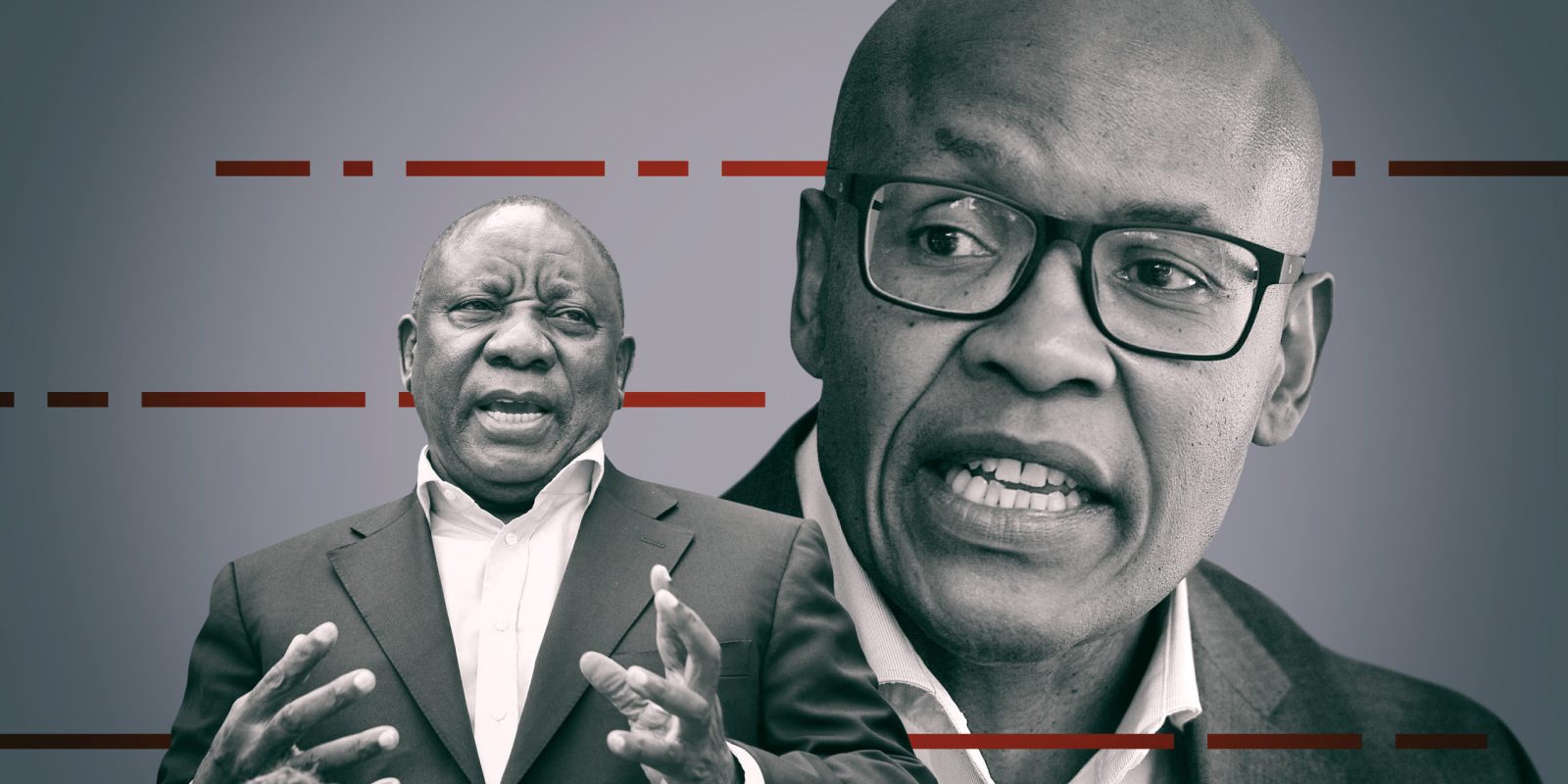 The upcoming motion of no confidence against President Cyril Ramaphosa provides a useful window to examine the motives and agendas of people within the ANC and within other parties.

Thursday’s motion of no confidence brought against President Cyril Ramaphosa by the African Transformation Movement stands virtually no chance of succeeding. But the motion may show what could happen in the future should some people feel increasingly desperate as their own date with justice looms. It also demonstrates how a political party can give the impression of working to help those in other political parties, no matter how often they deny it.

Technically, the ATM’s motion to remove Ramaphosa will require a simple majority of MPs. This would mean that if all of the opposition parties vote to carry it (which is by no means certain) a significant chunk of the ANC MPs would have to vote in favour of it too.

But it is possible that the DA, with its 84 votes, would vote against Ramaphosa, while the EFF is almost certain to add its 44 MPs to that list.

Some of the other parties are more difficult to predict. The IFP for example, with its 14 MPs, could go either way or even abstain. The African Independence Congress with its two MPs is hard to predict, the ACDP, with four MPs, could decide to vote to support Ramaphosa to make a political point, or against him to make a different political point. And the Freedom Front Plus is in a similar position.

This means that the number of ANC MPs who would have to vote against their own leader to make this audacious move work is huge.

It is true that in the last days of the Zuma presidency a group of ANC MPs voted in favour of a resolution to remove him. But that vote was held by secret ballot, while this time it will be in the open. And to go against your party whip in public is a difficult, perhaps impossible, thing to do.

This shows the importance of the National Assembly Speaker, Thandi Modise. While the former speaker Baleka Mbete decided in 2017 that the vote should be by secret ballot, here Modise has decided it must not be secret.

The timing of this is also up to her. The ATM filed the motion before the pandemic, but it is only being debated this week. This coming weekend the ANC National Executive Committee (NEC) is due to meet and the issue of whether Secretary-General Ace Magashule should “step aside” after being charged with corruption will almost certainly be discussed.

What better way to give Ramaphosa momentum ahead of that meeting than for him to have spent the week watching ANC MPs giving speeches defending him in Parliament and then voting to retain him as president?

This reveals how important a speaker can be in ANC internal battles. Modise’s decision certainly aids Ramaphosa in a significant way.

It is true that there are many people in the ANC, many of them MPs, who have everything to lose from Ramaphosa’s continued grip on power.

For Bongani Bongo, Mosebenzi Zwane, Tina Joemet-Pettersson and many others, Ramaphosa’s insistence on allowing the National Prosecuting Authority (NPA) to prosecute independently is very dangerous. For them, a new president who did not insist on an independent NPA might lead to more sleep.

But there is an important reason why acting now would not be in their best interests either: the ANC would probably not survive a decision to remove Ramaphosa as president. And there is no one who could really, and confidently, take over.

This A-bomb of Ramaphosa’s has remained useful since December 2017, when he was elected ANC leader at Nasrec. Deputy President David Mabuza does not appear to have the support of enough people, Magashule faces criminal charges and would divide the party more than it already is and Treasurer Paul Mashatile may need a little time before he reveals more of his ambitions.

It may also be impossible to hold a meeting, virtual or otherwise, that could decide on a replacement.

And so it is much wiser for ANC MPs, even if they oppose Ramaphosa, to maintain the status quo.

This equation, however, could change in the future.

It is likely that this will not be the last motion brought against Ramaphosa. By the time the next one comes around, it may well be that Magashule and others in the ANC are fighting to stay out of jail.

If Magashule were to control the votes of many MPs in the same position they might feel that it would be safer for them to invoke the chaos that removing Ramaphosa would bring. If there is a sense of desperation, it would be much easier to cause this chaos through Parliament rather than at any ANC gathering, conference or National General Council. To do this through Parliament would mean control of only, say, 100 MPs who may be in the same position as he is. It would be easier to do this than through having to control thousands of ANC delegates at a party event.

While this scenario is still unlikely, the chances of desperate acts will start to grow as the trials of Magashule and others get under way.

It is important to examine the motives of the ATM itself in bringing this motion.

It has tried in the past to bring chaos to our political situation. During the counting after the 2019 elections, the party tried to claim, without evidence, that the election had been stolen. Its officials were part of a bid to essentially delegitimise the vote-counting process.

Throwing a spanner into SA’s electoral wheels, and the interests behind it

The party says that it is bringing this motion based on the fact that Ramaphosa “misled” the nation around load shedding and our economic situation.

It may be that the party has its own truth-based issues. Its head of strategy is Mzwanele Manyi. He used to run ANN7, a TV channel not known for its truth-telling. After the first allegations emerged around the Vrede Dairy Farm scandal, Manyi proudly told the world that it is a “world-class facility” and that he “personally took this video”.

ANN7 proudly reported a similar line. Unfortunately for students of propaganda, the footage of this has been removed from YouTube.

While Manyi has claimed many times to not be in charge of the ATM, he can give every impression of in fact running the show, of giving the orders. And, of course, the origins of the party are murky, with suggestions that it was formed by people inside the ANC as a body to put pressure on Ramaphosa from outside the ANC

The next few days are likely to feature various leaders and parties making certain claims around Ramaphosa. But, in the end, the real political action of the week is likely to take place at the weekend, when the ANC NEC meets to decide the increasingly burning issue of Magashule. DM