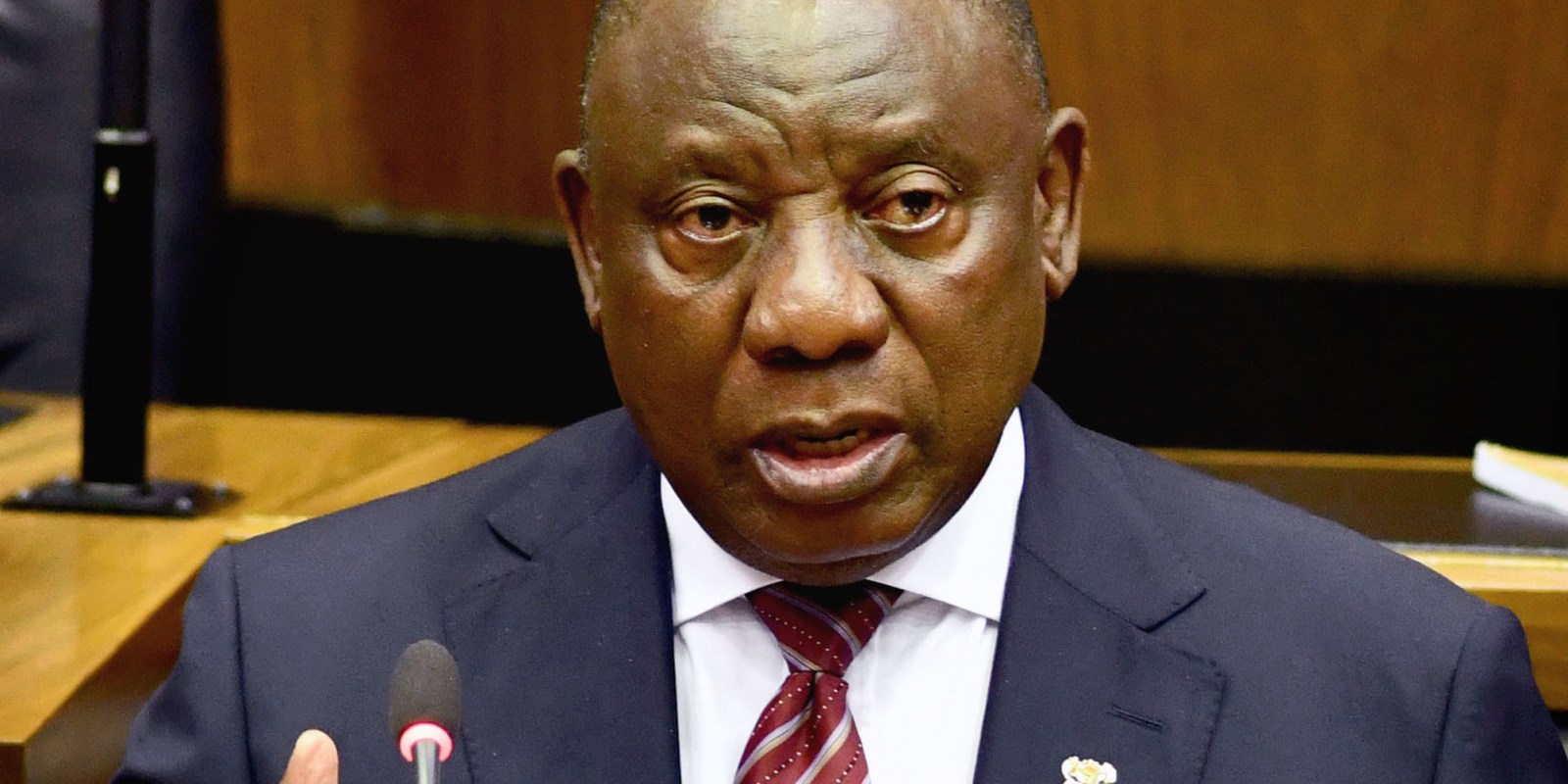 The motion of no confidence in President Cyril Ramaphosa is dead in the water. But what will be of interest is who comes out in support of the African Transformation Movement’s proposal when it is debated in the House next week.

The African Transformation Movement (ATM) has two MPs in the House, and even if all other opposition parties were to support it, still falls short of the required majority to approve the no confidence motion. That’s because the governing ANC with 230 of the 400 seats carries the numbers

But the no confidence motion debate allows President Cyril Ramaphosa’s critics the opportunity to showboat.

Crucially, the no confidence motion also deals with CR17 ANC presidential campaign funding, and the fudged disclosure of this in Parliament.

“The President’s failure to disclose to Parliament, R500,000.00 Bosasa or the late Mr Gavin Watson’s donation where he benefited personally as a presidential candidate of his party,” is how ATM leader Vuyolwethu Zungula put it in a statement on 6 February 2020 issued after it submitted its no confidence motion.

Over 1,665 words, the ATM leader also sets out grounds for Ramaphosa’s failure to lead, from economic devastation, unemployment, poverty and inequality to the series of summits rather than action. “The President misled or lied to the nation saying there would be no load shedding until 13 January 2020, which was not true. How can we trust anything else that he says?”

And that CR17 funding issue brings the ATM no confidence motion right into the heart of politics.

The EFF has gone to court to get the CR17 bank statements released. And during the presidential Q&A on 12 November 2020, EFF leader Julius Malema again raised the issue, calling on Ramaphosa to make those financials public.

Ramaphosa’s reply was he couldn’t do so, as these were not his statements and the Financial Intelligence Centre was in charge.

“I have no form of control over these bank accounts. It is not therefore in my power to make any of those public. Absolutely no evidence of corruption exists in relations to these documents of the CR17 campaign.”

Those CR17 banks statements were central in the case of EFF’s bestie, Public Protector Busisiwe Mkhwebane who had found the president had misled Parliament and should be investigated for money laundering.

When Ramaphosa took that report on review to court, Mkhwebane filed CR17 bank statements as part of her opposing bid, but the documents have been sealed.

On 10 March 2020 the Pretoria High Court set aside that report, ruling in favour of Ramaphosa’s review bid. The EFF later in March 2020 filed their appeals. The Constitutional Court’s judgement in the Public Protector’s direct appeal to it was delivered on Thursday.

The ATM no confidence motion comes at a time of ratcheted up factional contestation in the governing ANC, triggered in no small part by the arrest for fraud and corruption, and release on R200,000 bail of ANC Secretary-General Ace Magashule.

Magashule used his court appearance on Friday, 13 November to rally supporters, saying he would not step aside as he was elected by branches of the ANC and had not taken a cent.

All will toe the line as is the parliamentary tradition in such no confidence motions – unless a secret ballot is called. While highly unlikely the numbers would mean the ATM motion is carried, the numbers would indicate the level of detraction within ANC ranks.

At this stage it’s unclear if a secret ballot would be possible, given the hybrid sittings that has many MPs join via virtual platforms that by their nature leave an electronic ID.

The ATM motion of no confidence in Ramaphosa – his first since being elected in February 2018 after his predecessor Jacob Zuma’s Valentine’s Day resignation – has taken nine months from its inception in early February 2020 to be scheduled in the last days of the parliamentary calendar.

It can’t be divorced from South Africa’s political manoeuvrings. And it’s too good a politicking opportunity for opposition parties not to make the most of. DM