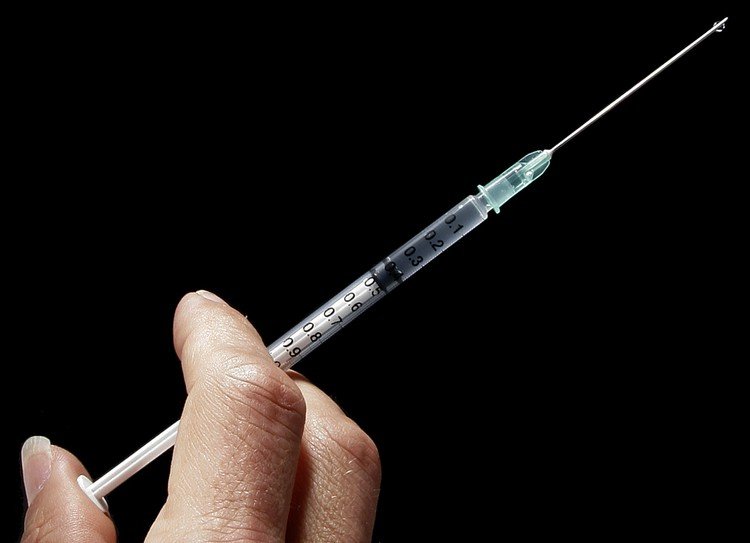 To suppress the Covid-19 pandemic, tens of millions of South Africans would have to be vaccinated. Nothing at that scale has been done here before. (Photo: Armin Kübelbeck (CC-BY-SA via Wikimedia Commons)

Three vaccine breakthroughs have sparked hope that the end of the Covid-19 pandemic is close. But vaccinating tens of millions of South Africans is going to be difficult. It would require a massive logistical effort in 2021 for life to return to the way it was before Covid-19. By JAMES STENT and NATHAN GEFFEN.

We now have effective Covid vaccines from Pfizer/BioNTech, Moderna and Oxford/AstraZeneca. None have yet been approved by medical authorities and the study results have not yet been published in peer-reviewed journals, but this is imminent.

If we want life to go back to the way it was in February 2020, we will have to vaccinate tens of millions of South Africans next year to squash the epidemic. This is a very tall order. No vaccine in South Africa has ever been administered to anything like that many people in such a short period of time.

It may be more realistic to protect people most at risk: health workers, older people and people with diabetes.

That wouldn’t suppress the epidemic, nor would it return life to pre-Covid levels. Masks, sanitisers and physical distancing would still be necessary. But it would reduce the number of deaths and make the health system more manageable.

Does our health system do anything on a similar scale?

South Africa has good vaccination programmes. We vaccinate about a million children every year. 86% of children were vaccinated against measles according to a 2016 StatsSA report.

This is impressive, but it’s nowhere near the scale of tens of millions of vaccine doses needed to suppress the country’s Covid-19 epidemic.

Our vaccine programmes also have difficulties.

In an analysis of the 2014 HPV drive, thousands of doses were reported damaged or broken, and keeping the vaccines cold and properly stored was a major challenge. Worryingly, there was also a large-scale disinformation campaign launched against the HPV campaign, particularly in Mpumalanga.

The HPV vaccine in 2014 was delivered in two doses. Likewise, all three Covid vaccines require two jabs (a few weeks apart). If we aim to end the epidemic, tens of millions of people will have to keep their second appointment.

There are some even bigger health programmes in the country that offer hope.

Many of those five million also get a viral load test once a year – which means getting blood drawn using a needle and getting the result back. But although this is huge, it is still not comparable to the scale of the vaccine programme needed to eradicate Covid-19.

It is not impossible to roll-out immunisation at mass-scale, as India’s polio eradication programmes can attest. Since 1995, India has held two national immunisation days (NIDs) each year. On the first two NIDs, on 9 December, 1995, and January 20, 1996, 87 million children up to three years old were reached. The following year, 125 million children up to five years old were immunised.

Can the influenza vaccine offer a model of how to do it?

In South Africa we typically vaccinate about a million people a year against the flu, and apparently aimed for two million this year; that’s not bad, but it’s far from what’s needed for Covid immunity. It’s also only one jab.

(The UK has been trying to vaccinate 30 million people against the flu this year, which will be an impressive feat if achieved.)

Could we at least aim to vaccinate tens of millions of people over two, three or four years against Covid? Perhaps, but we don’t know yet if any of the vaccines remain effective for that long.

The Pfizer vaccine has to be stored at extremely low temperatures: it is stable for six months when stored at -80°C. You need special freezers for that. The vaccine must be transported in boxes filled with dry-ice that should only be opened twice a day. It expires two hours after thawing.

Moderna’s vaccine must ideally be kept at about -20°C (still much lower than a standard freezer), and will remain stable at that temperature for six months. A 16 November press release announced that new results indicated that this vaccine can be kept in a fridge for up to 30 days, and at room temperature for up to 12 hours.

The Oxford vaccine, which also has the lowest price, has the most manageable cold storage requirements. This vaccine only requires storage in a fridge (at 2 to 8°C), and will remain stable at these temperatures for at least six months.

How effective are the vaccines?

All three are very effective, if the results have been properly reported and the studies have been well conducted. Moderna reported that 95% of people who got the vaccine had an immune response that protects them from acquiring the virus. Pfizer reported 90%, and Oxford 70%.

Competing for the vaccine against the rest of the world

AstraZeneca claims that it will be able to produce three billion doses (of the Oxford vaccine) by the end of 2021.

There are about eight billion people on the planet and there will be a lot of competition for those doses.

Aspen Pharmacare has reached an agreement with Johnson & Johnson to produce its candidate vaccine, pending results. It can produce 300 million doses a year at its plant in Port Elizabeth.

Biovac, of which the state owns a minority stake, claims it is currently capable of producing between 20 million and 30 million doses of a vaccine a year. It is currently in discussions with vaccine companies.

Also, the fact that South Africa was a testing site for the Pfizer vaccine may mean we have some leverage there.

The European Union has ordered 400 million doses of the Oxford vaccine.

Developing world access to the Oxford vaccine appears, at present, to now total 500 million doses, administered through the COVAX partnership.

South Africa has not at present formally signed up to COVAX, according to reports in Daily Maverick. Bhekisisa has published an overview of COVAX, and what it means.

Vaccinating tens of millions of people will cost several billion rand for the doses alone.

On 24 November Finance Minister Tito Mboweni announced the allocation of R500-million to “participate in the process of the production of the vaccine”, and that the state is prepared to spend R5-billion to access vaccines.

This may seem like a lot of money but it will almost certainly be offset by saved healthcare costs, let alone the many benefits of a more open economy.

Who gets the vaccine first?

Who should be prioritised for the vaccine is still being debated around the world. In South Africa, the three to four hundred thousand health workers should arguably be first in line. There are between three and four million people over the age of 65, and perhaps they could come next.

Even reaching this most vulnerable part of the population next year would be a considerable undertaking. The rollout of this needs to be planned now.

Meanwhile, most of us will have to keep on taking measures to avoid infection. Don’t plan to throw your masks in the fire anytime soon. DM