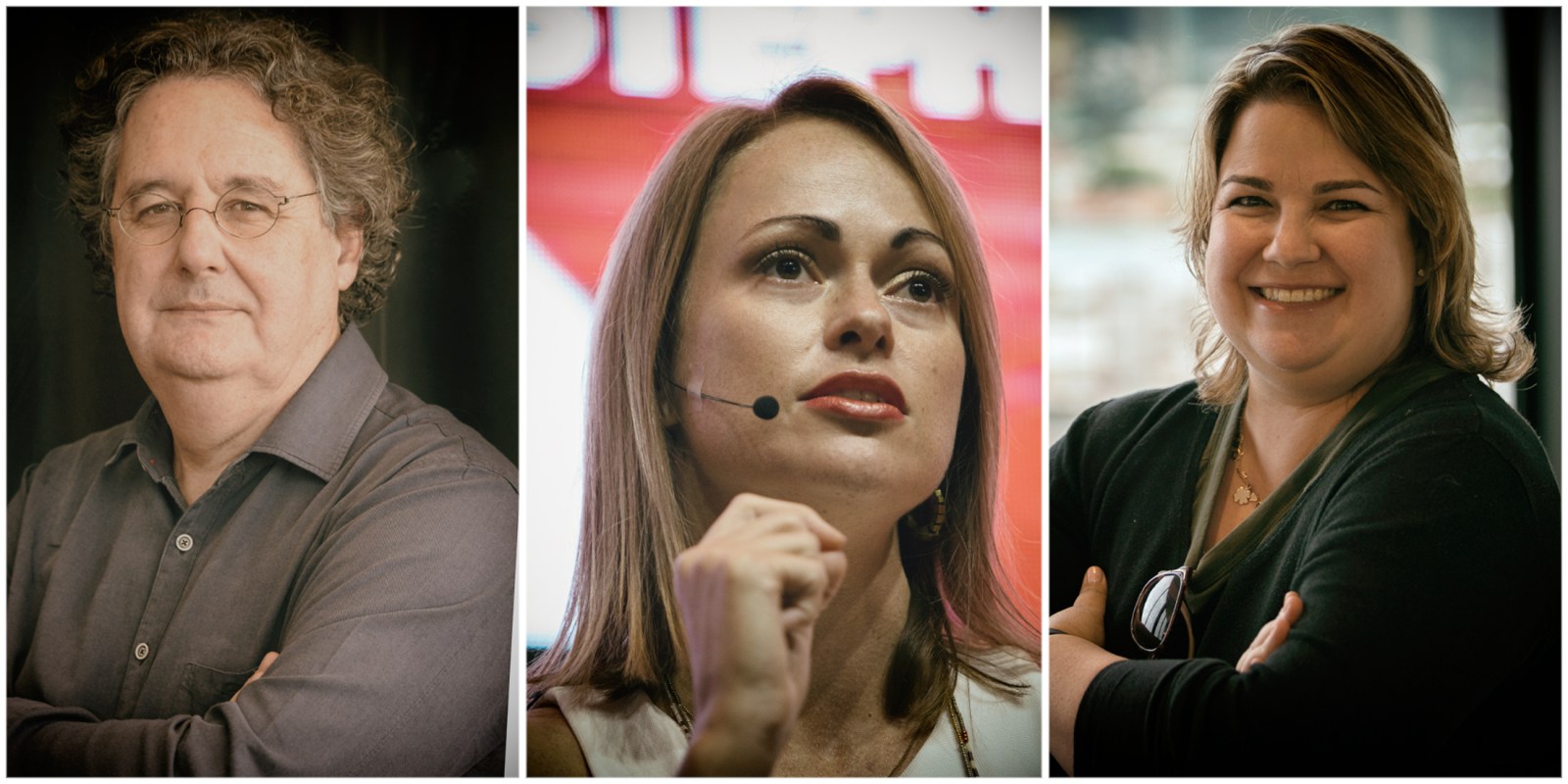 In the past few years, journalists have come under fire with the advent of fake news and the peddling of misleading and political agendas. Pauli van Wyk, Mandy Wiener and Anton Harber sat down to discuss.

Van Wyk prefaced the discussion saying that there is often a dark side of journalism that is not always discussed because many journalists find it hard to do so. However, she said the sector needed to work to ensure that a light is shone on these difficult issues as well as to protect sources like whistle-blowers in order for their safety to be maintained.

We need to be hyperaware of the importance, value and limitations of journalism in order to have continued trust with the public, said Harber. He said that in the past couple of years journalists have had to admit that there has been a breakdown, “we need to admit what we did wrong in order to proceed”.

Van Wyk said that very few people discuss what it takes for whistle-blowers to give journalists information, which often entails endangering lives, families and livelihoods. In this regard she made specific reference to former Trillian Financial Advisory CEO Mosilo Mothepu, who blew the whistle at great personal cost. Wiener, who included Mothepu’s story in her book, The Whistleblowers, said that she found Mothepu’s story very powerful because the trauma is still so fresh and real.

In discussing the various motivations of whistle-blowers, Harber said that this differs, with some doing it for the good of the country but others only for self-preservation. What was important, however, is the evaluation and proper investigation of the information that they give journalists in order to establish their credibility as a source, said Harber.

In the case of the Gupta Leaks, for example, which he unpacks in his book, So, for the record, Harber said that it was clear that those whistle-blowers were doing it out of a sense of “moral compulsion”. He said that most of them came across the information by accident but had the wisdom to see its importance.

Discussing the legitimacy of some whistle-blowers, Van Wyk asked what about someone like Angelo Agrizzi, to which Wiener answered that there are various kinds of whistle-blowers, some who are accidental and there are those like Agrizzi who are complicit in wrongdoing and then turn around for self-preservation, but they were still regarded as whistle-blowers nevertheless.

On people being able to discern what is real and factual news, Harber made the example of the Sunday Times publishing the so-called Cato Manor ‘death squad’, the SARS ‘rogue unit’ and Zimbabwean rendition stories. He said what happened there was that journalists allowed themselves to be misdirected by sources and went after the wrong people.

Harber said some of what created fertile ground for the Sunday Times to get those stories so wrong was the practice and culture of the newspaper, where they were allowed to cut corners because of arrogance as well as what was happening in the media widely and the impact that political pressure can have. He said that one of the messages in his book is that it is much more important to get the story right and verify first before publishing.

Wiener said that it was important to evaluate information, which she acknowledged can be difficult when chasing a scoop, particularly with the pressure of social media and chasing an edge all the time. However, she said that there is never one side to a story and that there is always some kind of agenda from everyone.

She said that she hopes her book starts a conversation of change regarding how society treats whistle-blowers, where they are applauded and recognised and that we need to move away from the culture of thinking “snitches get stitches”. Wiener said that we need to look at legislation that protects whistle-blowers in order for more of them to come out and they need to have access to psychological, legal, financial and physical support.

In closing, Harber said it was increasingly important for transparency in journalism, people need to be able to explain how they have a story, what they believe and why, which he said was a fundamental change in practice. DM/MC