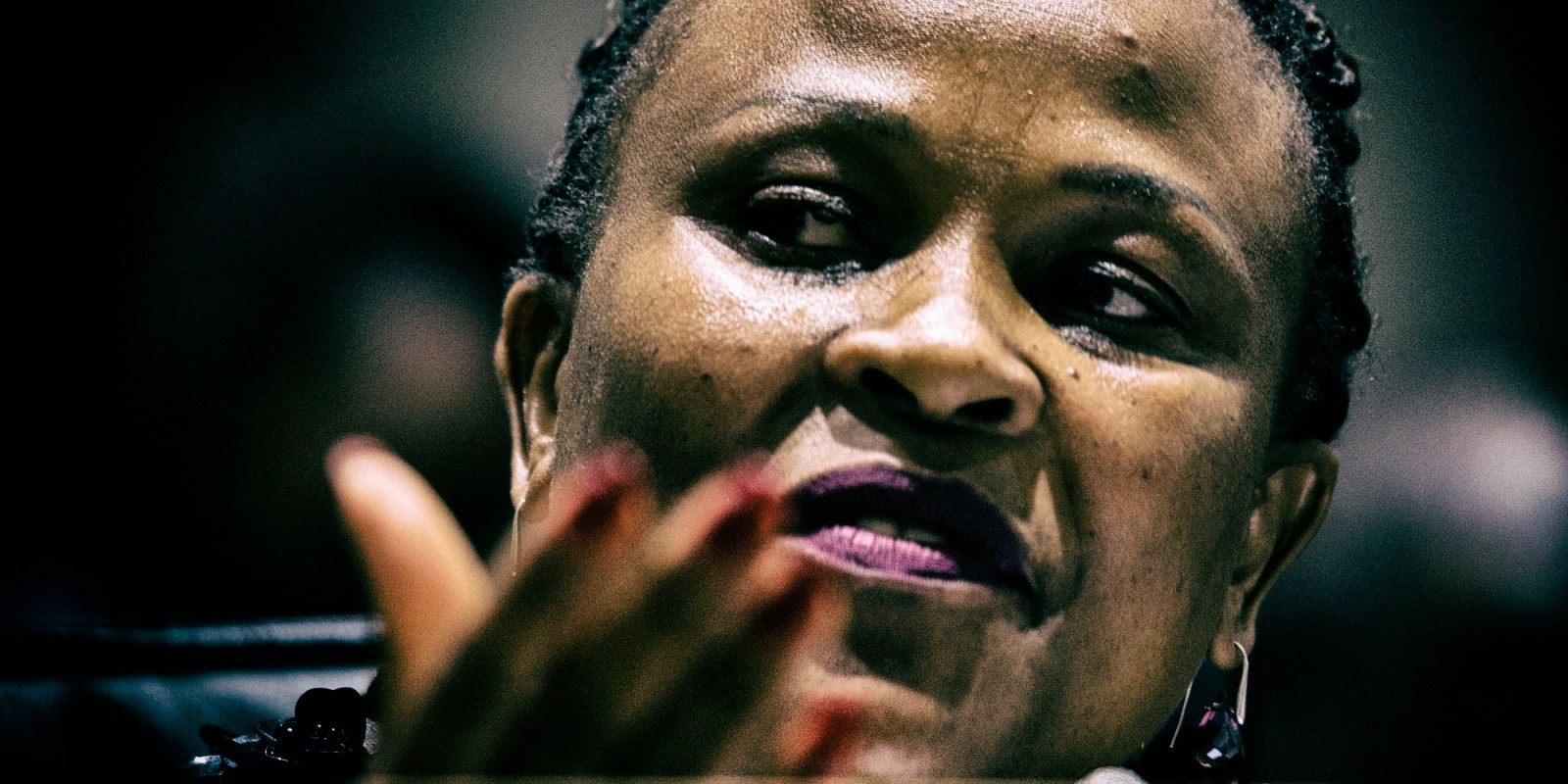 Retired Constitutional Court judge Bess Nkabinde chairs the three-strong panel to assess if sufficient evidence exists of misconduct, incompetence or incapacity to proceed with a parliamentary removal inquiry. Senior counsel Dumisa Ntsebeza and Johan de Waal are the others.

That panel has been in the making for more than 10 months. The Covid-19 hard lockdown threw a spanner in the works, but so had Public Protector Busisiwe Mkhwebane’s court action for an interdict against the process.

The Covid-19 lockdown, now in Day 245, has eased to Level 1, and Mkwebane’s application to interdict Parliament from inquiring into her removal from office has been dismissed. Importantly, even as leave to appeal was sought on Tuesday, the 9 October 2020 Western Cape High Court judgment dismissing the interdict bid cleared the way for any parliamentary accountability proceedings, pending more detailed court hearings in February 2021.

Parliament’s rule “Removal of Office Bearers in Institutions Supporting Constitutional Democracy”, adopted unanimously in early December 2019, is based on Section 194 of the Constitution that sets out grounds for removal — misconduct, incapacity and incompetence — and a 17-step process.

Political parties as far back as February 2020 had submitted names for consideration for the panel, and some of those approached had declined due to diary clashes or, importantly as National Assembly Speaker Thandi Modise is on public record, because of potential conflicts of interest.

On Wednesday, Parliament announced the panel.

Judge Bess Nkabinde retired from the Constitutional Court in December 2017, having served the maximum permissible 12 years, including 11 months as deputy chief justice and one month as acting chief justice. She joined South Africa’s highest court after 18 years on the Bench.

Advocate Dumisa Ntsebeza, who also has served as an acting judge and represented the families of the Marikana miners shot dead by police on 16 August 2012. As one of the Truth and Reconciliation Commission members, he headed the investigations unit. A founder of the South African National Association of Democratic Lawyers, he served as its president, and also for the Black Lawyers Association.

Advocate Johan de Waal, also an academic, has lectured at Stellenbosch University and wrote a handbook on the Bill of Rights.

No starting date has yet been announced — the panel will “determine its own working arrangements”, said Parliament’s statement — but the rules allow a maximum of 30 days for this independent assessment that must come back to the House for consideration.

DA Chief Whip Natasha Mazzone, who in January 2020 submitted the complaint motion, said the panel consisted of “very appropriately qualified people” who she was sure would arrive at a balanced view.

Said IFP Chief Whip Narend Singh: “At least one of the people was proposed from the IFP. They are people of substance. They must just get down to work.”

Freedom Front Plus Chief Whip Corné Mulder welcomed the panel and the prominent standing of its members. “All three are top legal brains and I welcome that.”

In terms of the parliamentary rule, the independent panel will do its work on the papers, including written responses by Mkhwebane, to get to its report. If that report says there’s no good cause to pursue a removal inquiry, then that’s the end of the road.

If the report finds there is cause to proceed, but the House rejects this then — again — that’s the end of the road.

If the House agrees that an inquiry should proceed, it can go to the next stage — appointing a committee of MPs that will pursue the inquiry into Mkhwebane’s removal. That multi-party committee will sit in public, hear from Mkhwebane and others before making a decision.

If the decision is that no misconduct, incapacity or incompetence has been substantiated, then that’s the end of the road and Mkhwebane stays put. If this committee decides grounds for removal exist, that report goes to the House for consideration and approval. According to Section 194 of the Constitution, the removal from office of a Public Protector, or Auditor-General, requires a two-thirds majority in the House.

If that threshold is not met, should it get to this stage, the removal process ends.

Modise has been crossing all the Ts and dotting all the Is. For more than 17 months in various correspondence, some of which the Daily Maverick has seen, the Public Protector has accused the Speaker of bias and bad faith.

At one stage in early 2020, Mkhwebane had called for a “temporary arrangement” to sort out differences. Modise declined — and it went to court.

It’s been a long, twisting route to get to this point since September 2017 when then DA chief whip John Steenhuisen laid the first complaint about Mkhwebane’s incapacity to hold office. Then, as now, under the new rules and new chief whip, the complaint motion is largely based on a series of critical findings by judges about the Public Protector’s conduct, and the quality of her reports.

Mkhwebane is on record, repeatedly, as saying that the setting aside of reports was akin to judgments being overturned on appeal.

The appointment of the independent panel is another, and important, milestone in the 17-step process of inquiring into the Public Protector’s removal from office. That’s unlikely to be a fast track, as it is lined with legal and, undoubtedly, political potholes. DM