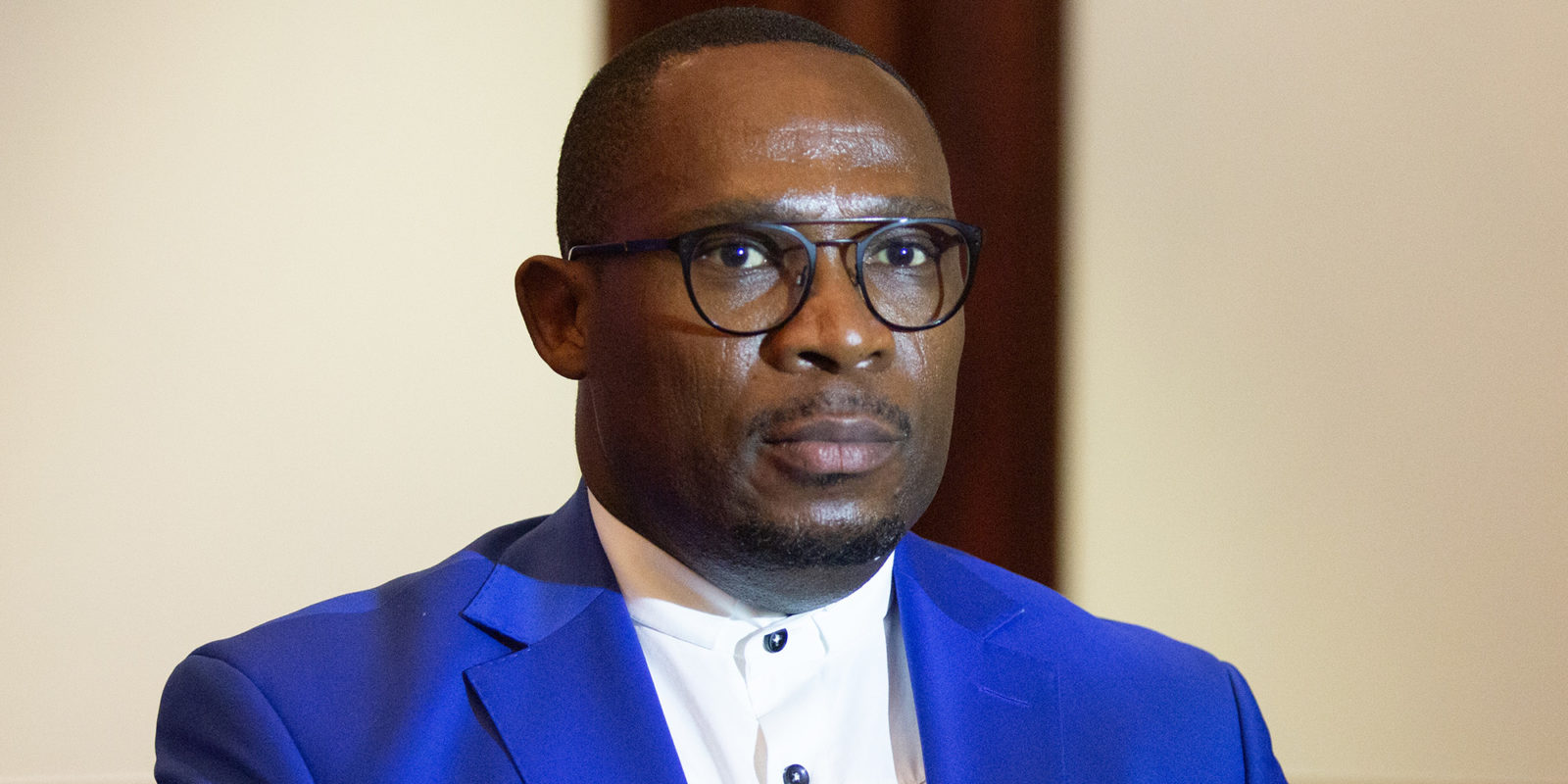 The elective congress of the DA in the Western Cape will go ahead as planned this weekend. This, after an internal investigation found no merit in the allegations of an assassination plot between the two top contenders for the position of provincial leader.

The Democratic Alliance’s provincial elective congress is expected to be fiercely contested this weekend, with the two main contenders for the leadership position embroiled in allegations of an assassination plot.

Bonginkosi Madikizela and Masizole Mnqasela will go head to head on Saturday 21 November to become the party’s leader of the Western Cape.

Madikizela told Daily Maverick this week that “the contestation will be fierce”.

There have been allegations, first reported in the Sunday Times, of an assassination plot in which Madikizela stands accused of attempting to plan Mnqasela’s murder.

Madikizela has been deputy provincial leader since 2015 under then leader Patricia de Lille. When De Lille resigned from the DA in spectacular fashion in February 2017, Madikizela became acting leader.

In October 2017, he was elected provincial leader for a three-year term.

Speaking to Daily Maverick, Madikizela said: “This culture of smear campaigns and character assassination is a culture that must be rooted out of political parties, especially the Democratic Alliance.”

Addressing the assassination claim directly, he said: “The allegation must be proven. I know that those allegations are nonsensical.

“I said to the party, they must prove those allegations and I can tell you now, if those allegations are true – that I conspired with notorious gangsters to kill a colleague – I don’t deserve to be a member of this party, let alone lead it.

“But if someone who came up with those allegations is lying, he also can’t lead this party… so it’s one of the two.

“I certainly hope the party can get to the bottom of this so we can focus on what is important.”

DA federal chairperson Helen Zille said in a statement on Friday that she and her team found the allegation “totally untrue” after an internal investigation.

Congress officials met on Thursday to discuss the alleged plot, and on Friday morning a decision was taken to proceed with the event.

Zille said the DA had handed the information to police and they were investigating.

According to the statement, the allegation arose after a man, identified only as Zizi, claimed to have overheard snippets of a conversation in a restaurant, which led him to believe that Madikizela was planning to harm Mnqasela.

“However, the federal legal commission has concluded, after a full investigation, that the ‘plot’ meeting referred to by Zizi could not have taken place.

When Mnqasela got wind of the alleged plot, he reported it to the VIP protection unit. The police and the Hawks are yet to comment, despite requests to do so from Daily Maverick.

Mnqasela had been reprimanded for failing to adequately assess the information supplied to him before passing it on to the police and premier Alan Winde.

Madikizela was admonished for “openly denying the allegation before it was in the public domain, thus disseminating it further”.

The ANC, the official opposition in the provincial parliament, wrote to Mnqasela calling for a debate on the alleged plot.

“Such allegations are unprecedented in the history of this legislature,” said Cameron Dugmore, leader of the caucus.

“The investigation goes beyond the scope of the DA,” said Dugmore in a letter. “It affects the Western Cape legislature… these allegations threaten stability and good governance in the province.”

Dugmore had wanted the debate to be held on Thursday, 19 November.

Deputy speaker of the legislature, Beverley Schäfer, said she agreed the matter was topical but denied his request for a debate.

“The DA is running for cover, desperate not to air their dirty linen and to keep the ugly and vicious leadership battle from public scrutiny,” Dugmore said. No matter which candidate won or lost, “the impact of this leadership will affect good governance for years to come”.

Results will be released after the elections on Saturday afternoon.

And what are the party’s plans after the congress – focus on healing the rifts or get ready for the elections? “We’ve got to do both; we’ve got to hit the ground running,” Madikizela said.

The party needs to get its house in order ahead of the 2021 local government elections.