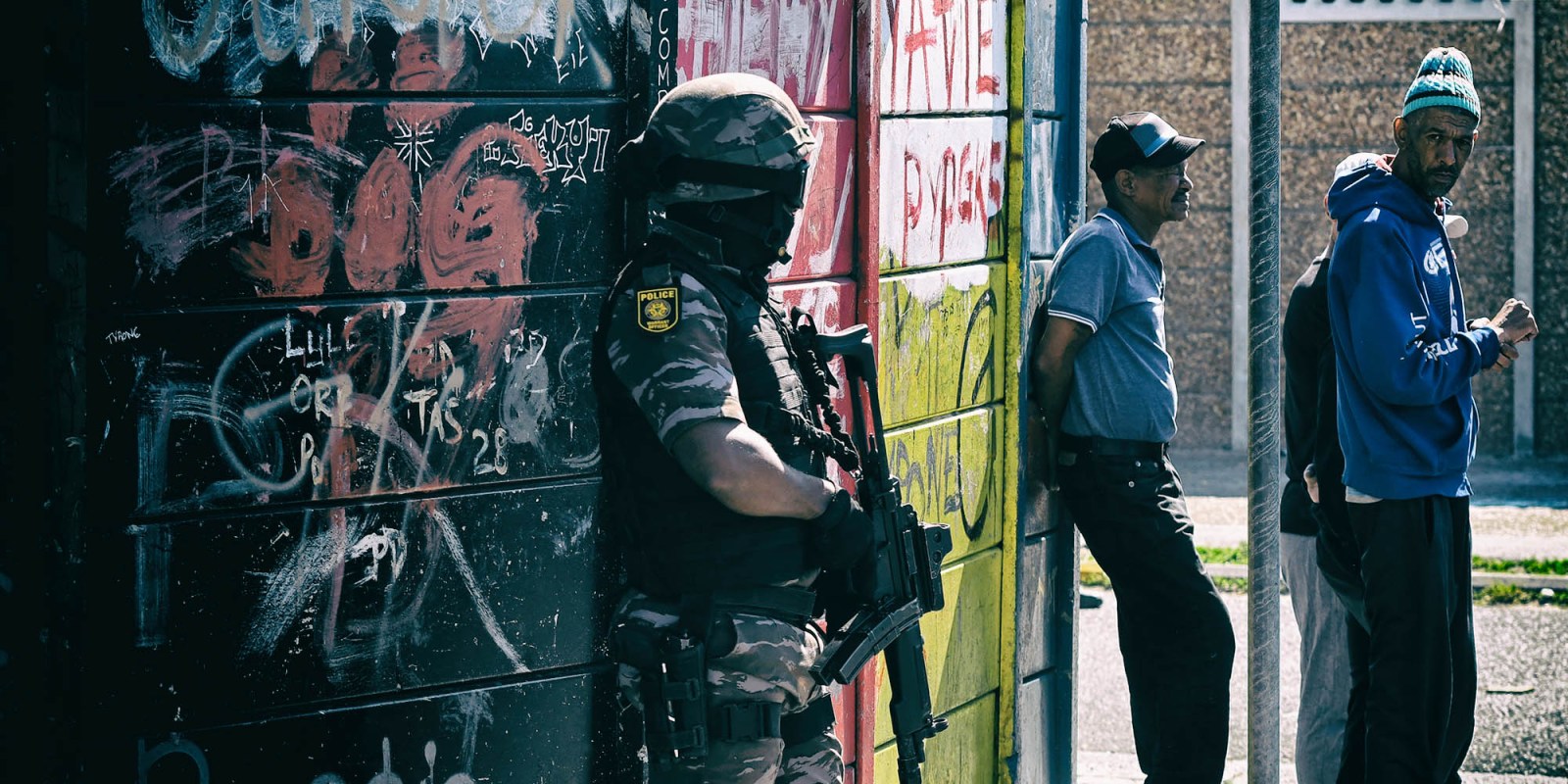 Ernest “Ernie Lastig” Solomon, a former leader of the 28s gang and whose name was more recently linked to the Terrible Josters gang, was something of a chameleon, apparently trying to shed the image of gang boss by reinventing himself as a peacemaker and musician. But now his name is on a growing list of murders linked to organised crime and high-level investigations into them.

Former 28s gang boss Ernest “Ernie Lastig” Solomon, whose name was previously linked to the perlemoen trade and other suspected crimes, was murdered in Boksburg, Gauteng on Friday more than six months after he was wounded in a shooting in the fishing village of Hawston in the Western Cape.

Sources said his murder was inevitable as his name had for months been surfacing in matters relating to dubious activities, including a massive court case centred around his nephew Horatio “Voudie” Solomon, who was accused of crimes including murder and of being the leader of the Terrible Josters gang. The State believes this gang is deeply involved in the tik and mandrax trade.

“It was bound to end this way,” a source said, referring to Solomon’s murder.

Another said several gang members still referred to him as “the beginning of the number and the end of the number” (referring to the numbers gangs) and “Number One”.

There were fears Solomon’s murder would spark retaliatory attacks or cause gangs to reconfigure, which would then cause friction among rival groups.

Horatio Solomon – who was wounded and his 13-year-old daughter killed in a shooting in March this year – was sentenced to life imprisonment in the Western Cape High Court in October.

Solomons and a son had been wounded in a shooting in Hawston, roughly two months after Horatio was wounded, in May this year – this was believed to have been a result of friction within the Terrible Josters gang.

“The Terrible Josters are constantly engaged in gang wars in the areas where drug-dealing operations take place and once opposing gangs are annihilated or surrender, remaining rival gang members are incorporated into the gang and then add the ‘Terrible’ prefix to their gang name,” court papers relating to Horatio Solomon’s case read.

“In order to safeguard their interests, the gang, through its members, will possess and use illegal firearms, commit murder or attempted murder and acts of intimidation against witnesses, who may be rival gang members or ordinary members of the community.”

Ernie Solomon’s murder comes two months after Lieutenant-Colonel Charl Kinnear of the Anti-Gang Unit was assassinated outside his home in the suburb of Bishop Lavis (an area widely known to be 28s gang turf) in Cape Town – a killing which has churned up suspicions of entrenched corruption among police and their suspected links to underworld figures.

At the time rumours had surfaced that Solomon, or someone close to him, may have had a hand in Staggie’s killing.

But Solomon was not charged for the killing. Other theories for Staggie’s killing included that he may have somehow got on the wrong side of more junior gangsters who wanted to teach older figures a lesson – that they were no longer in control.

It is not yet clear who was behind Solomon’s murder.

On Friday police spokesperson Captain Kay Makhubele, without providing any names, said that one person had been killed and three others, including a child, wounded in a shooting that had happened during the morning in Boksburg.

Four suspects were believed to have been involved.

“It is reported that a white Ford Ranger bumped and intercepted a white BMW with four occupants inside. Two armed men allegedly alighted from the Ford Ranger and started shooting at the car,” Makhubele said.

“The suspects allegedly then abandoned the Ford Ranger on the scene and fled in a getaway car with unknown description and unknown registration number.”

Solomon has been closely linked to organised crime and gangsterism.

In the mid-1990s he was among a group that started the controversial grouping Community Outreach, better known as Core, in Cape Town, a now-defunct organisation ostensibly aimed at stunting gangsterism but which some later pointed to as a smokescreen for crime.

Others involved in Core had included Rashied Staggie and brothers Michael and Jerome “Donkie” Booysen (who was shot at and wounded several times between 2017 and 2018 in Cape Town).

In 2003, police labelled Solomon, who at one stage faced charges including the possession of unlicenced firearms, a high-flyer.

But several years later, around 2011, Solomon apparently tried to shed this image by instead trying to prevent crimes – he had been involved in so-called peace talks to try to call a truce between warring gangs in Cape Town. The city’s mayor, Dan Plato, then the community safety MEC, was involved in some of these processes.

Then in 2013, Solomon was the focus of a film, A Lucky Man, about his life, and in the following years, dabbled in music and launched a few albums. About two years later he was reported to be a Khoi chief.

But more recently his name had been once again linked to more sinister issues.

It was previously reported that in the case against Horatio Solomon, which was heard in the Western Cape High Court in 2019 and this year, a witness had claimed that Solomon had ordered the 2013 assassination of Leon Davids in retaliation for the killing underworld kingpin Cyril Beeka.

Beeka was murdered in a hit in the Cape Town suburb of Bellville South in March 2011.

It was widely suspected that Davids had pulled the trigger on Beeka.

In the State’s summary of facts against Horatio Solomon, it was further claimed the Terrible Josters gang was involved in Davids’ assassination.

It was alleged that an accused in the Terrible Josters case, focused on Horatio Solomon, had contacted a State witness “and informed him that he received an instruction that Leon Davids (alias Leontjie) must be killed”.

“The reason that Leontjie must be killed was because he and another person had murdered Cyril Beeka who was linked to their top leader and had fed him information on a competing gang leader,” the State witness had allegedly been told.

However, the State witness and an associate had not managed to carry out the killing because Davids was not where they thought he would be – a braai in the suburb of Belhar.

It was claimed “the mission” to murder Davids was allegedly instead given to Horatio Solomon.

Davids was killed on 9 October 2013, but no arrests were ever officially announced for this murder.

If Davids had indeed murdered Beeka, it meant a potential star State witness (had he decided to turn and testify for the State in the case, as was rumoured had been the case before his killing) had been assassinated.

On a Facebook page appearing to be that of Ernest Solomon, a quote was posted on Thursday.

It said (translated from Afrikaans): “If I look at my life today, where I was, where I am now, what I went through… I believe it was just grace, Amen thank you Lord.” DM