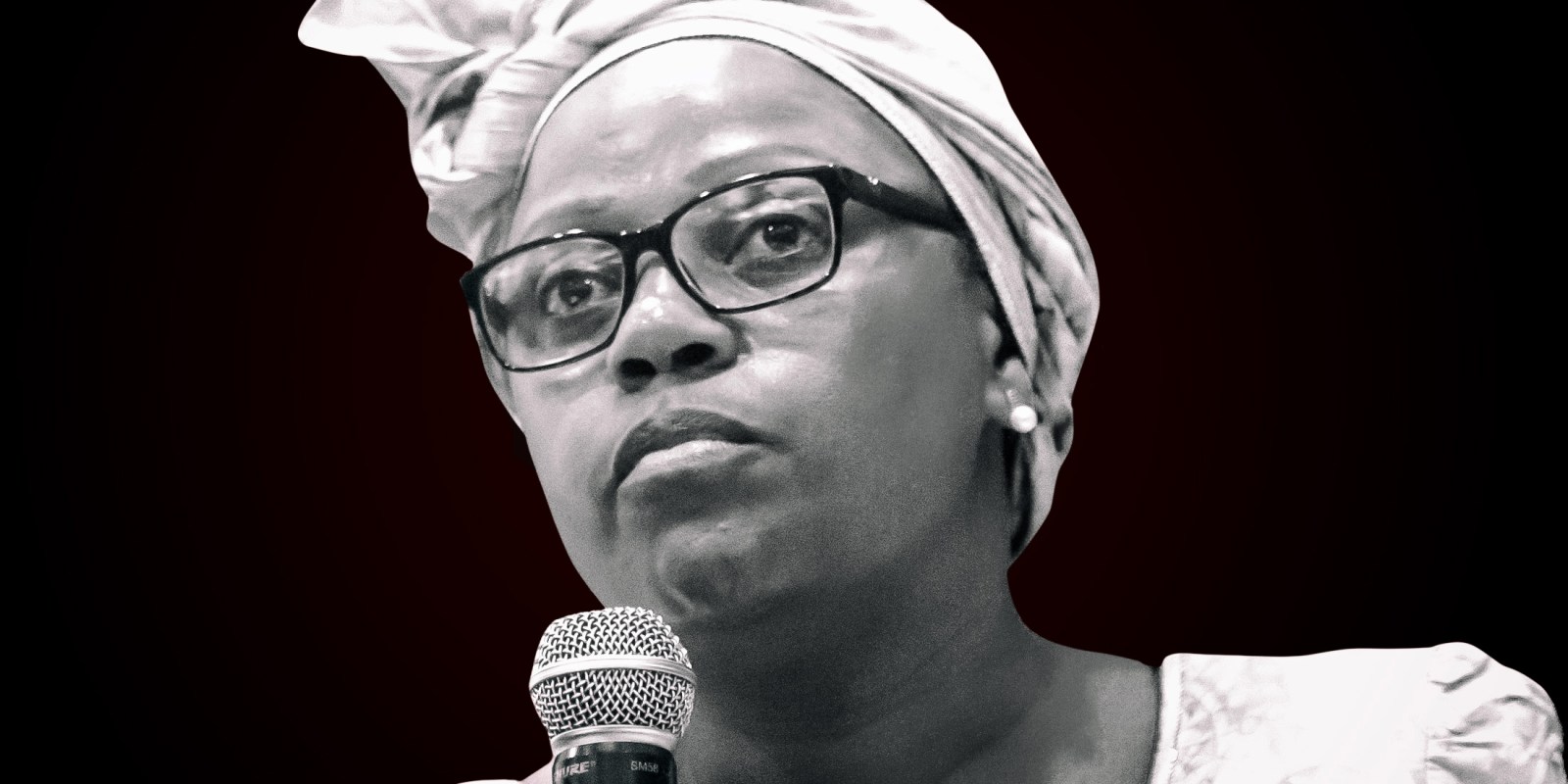 The presiding judge in the court battle between former SAA chair Dudu Myeni and the Organisation Undoing Tax Abuse and the SAA Pilots’ Association on Thursday expressed ‘great exception’ to accusations of ‘bias’.

An accusation of bias was levelled against Judge Ronel Tolmay by advocate Dali Mpofu on behalf of former SAA chair Dudu Myeni during a court hearing on Thursday in the North Gauteng High Court in Pretoria.

Myeni also levelled this explosive accusation against Tolmay in a blistering attack on the judge filed by her legal team in heads of argument dated 25 September.

“I take great exception to the manner in which this [accusation of bias] was raised,” Tolmay said on Thursday.

“I was unbiased,” Tolmay told Mpofu during an exchange about the judgment she handed down on 27 May where she declared Myeni a delinquent director for life.

Mpofu was assisted in his work for Myeni by advocates Nqabayethu Buthelezi and Nosisa Kekana.

Tolmay wrote that there were multiple grounds for Myeni’s delinquency as a director of SAA.

The judge found Myeni was dishonest, grossly abused her power, was grossly negligent, reckless, and her actions inflicted substantial harm on SAA.

“She was a director gone rogue,” the judge wrote.

However, Mpofu alleged that the analysis of Tolmay’s judgment showed that more than 90% of her judgment came from the Organisation Undoing Tax Abuse (Outa) and SAA Pilots’ Association’s (Saapa) summary of the case.

Judge says she does not have a ‘thin skin’

Tolmay emphasised several times that she did not have a “thin skin” and that she took full accountability for any judgment she issued.

She conceded that she reviewed the transcript of the court case in conjunction with the Outa and Saapa summary of the case because the transcript ran into tens of thousands of pages.

“You must understand the difference between actual bias and the perception of bias,” Tolmay said.

It emerged during an exchange between Mpofu and Tolmay that the ultimate source of the accusations of bias against her came directly from Myeni.

Tolmay raised the issue of Myeni’s absence from the court proceedings as a reason why she might view the judgment as biased as she would not have heard all the argument and evidence that the judge would have heard and reviewed. Myeni was not present in court on Thursday either.

Advocate Chris McConnachie, for Outa and Saapa, said that the test of bias was not whether Myeni believed the judge was biased.

The Constitutional Court had established tests to establish bias on behalf of a judge, and this included a reasonableness test formed from someone who sat through the entire court case and reviewed everything in the matter, McConnachie said.

Mpofu argued that Tolmay should grant Myeni’s leave to appeal against the 27 May ruling and that the judge should allow Myeni to introduce new evidence.

“Is there a reasonable possibility that another court will come to a different finding, especially in the light of the new evidence?” Mpofu asked.

On Tuesday, in a small concession to Tolmay, Myeni’s attorney Eric Mabuza undertook to retract a sentence from her court documents as they admitted it was an “unnecessary attack” on the judge.

The sentence in question reads: “In the circumstances, this is a classical case of judicial plagiarism.”

Mabuza said that “due to clerical oversight”, Myeni’s legal representatives failed to remove the sentence from her final set of heads of argument.

“This is very unfortunate,” he added.

Mabuza and Mpofu have used the ploy of attacking the credibility of presiding officers before.

When acting for former South African Revenue Service commissioner Tom Moyane, they used the same tactic against retired Judge Robert Nugent, who chaired the commission of inquiry into the affairs of the agency under Moyane.

However, Nugent, who said he had a “thick skin”, and the judges that Moyane later appealed to, did not budge.

Myeni filed a supplementary affidavit on Tuesday to introduce new evidence as part of her appeal against the delinquent director ruling.

Mpofu today told the court that Myeni’s latest interlocutory application, her fifth in the case, was not there to delay the matter.

Outa and Saapa, who first brought the case against Myeni in 2017, opposed Myeni’s application to introduce new evidence.

The new evidence comes from the Judicial Commission of Inquiry into Allegations of State Capture that is chaired by Judge Raymond Zondo.

The evidence relates to the submissions of former SAA director Yakhe Kwinana to the Zondo Commission.

However, Tolmay told Mpofu the court could not just go back and introduce new evidence.

‘Not genuinely acting in the public interest’

Mpofu alleged that Outa was “not genuinely acting in the public interest” as they did not disclose to the judge that they had had a meeting with Kwinana.

“If Outa were acting in the public interest, Outa would have never made a deal with Kwinana,” he said. The exclusion of Kwinana from the Outa delinquency case was “disingenuous”. Outa should have let the court know that they had not pursued Kwinana and the reasons for that, Mpofu said.

McConnachie said that Outa and Saapa chose the target for their delinquency court case carefully as they had limited resources, and they could not go after all the delinquent directors in state-owned entities.

Mpofu said that Outa had claimed that the watchdog pursued Myeni because of their poverty, but instead, the actual reason was that they had a deal with Kwinana.

“This is a personalised vendetta against her [Myeni] as a person,” Mpofu said.

“A board member is irrelevant; the decision of the board is relevant. These were [SAA] board decisions,” Mpofu said, again bringing to the fore Myeni’s argument that Outa nailed her for decisions made by the SAA board, rather than decisions made by her while she was an SAA director.

“There is the question of collective responsibility,” Mpofu said.

‘Attempt to muddy the waters’

McConnachie for Outa said that all that Mpofu did in his submission to the court was “attempt to muddy the waters”.

Mpofu could not change the evidence already before the court, including Myeni’s own “disastrous evidence”, McConnachie said.

New evidence made up of conspiracy theories

McConnachie said the new evidence consisted of conspiracy theories, secret meetings and backroom deals, but there was no shred of evidence to prove this.

The new evidence would never pass the requirements for the introduction of new evidence, McConnachie said.

“New evidence should be so crucial that it would change the outcome of the case and the judgment,” he said.

He said that last-minute interlocutory applications had been an established tactic employed by Myeni and her legal team during the court case.

McConnachie accused Myeni of nitpicking the findings of the court while not making any substantial headway.

The ruling of gross negligence remained untouched in Myeni’s court filings in support of her leave to appeal, he said.