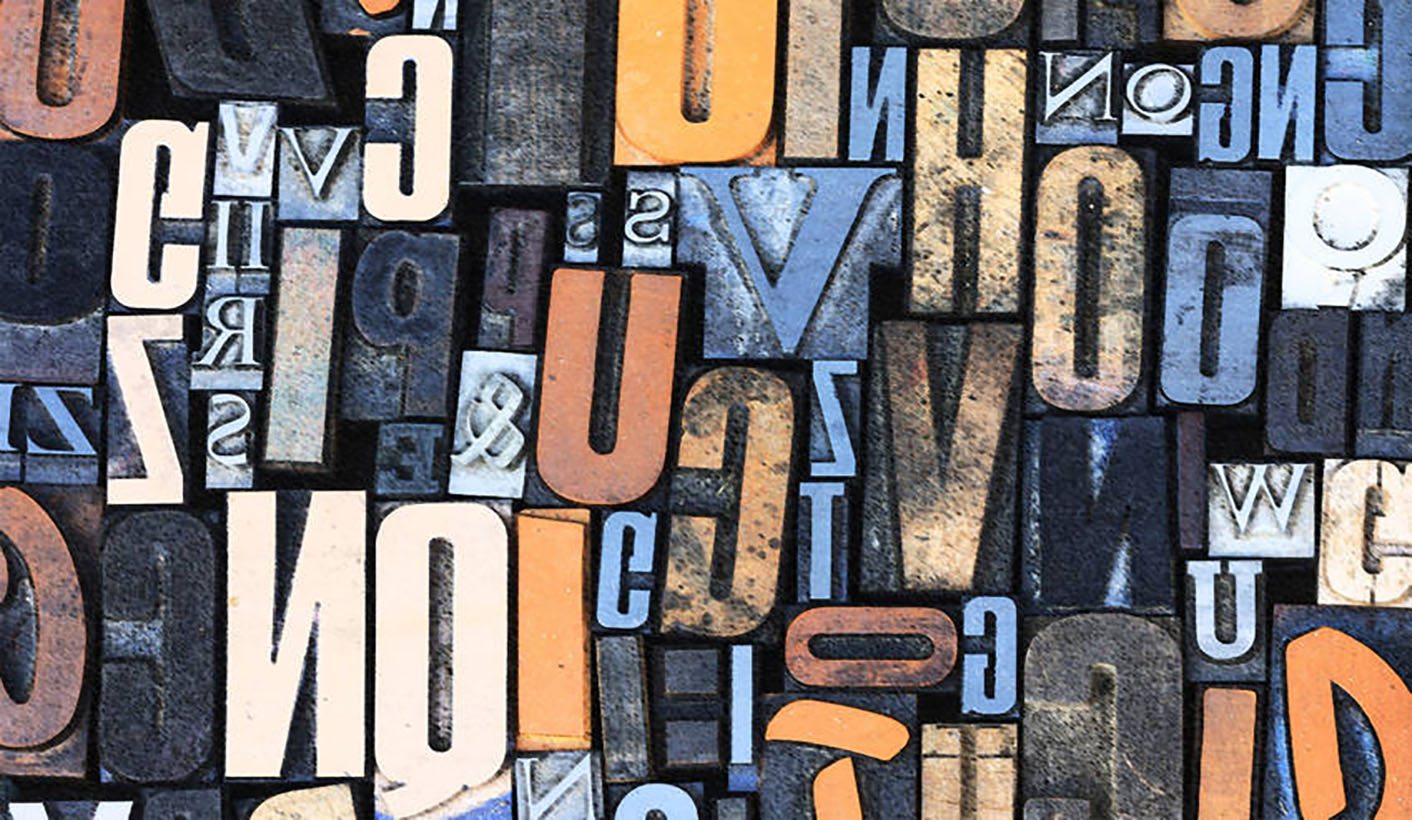 Stephen Grootes and Rebecca Davis have recently given vent to their opinions on the DA in Daily Maverick. These are the views of senior journalists who apparently have no qualms about the blurring of the lines between news and opinion.

The US elections have thrown into sharp relief the bias – across the board – of competing news networks. Fox News, CNN, RT, CCTV, Al Jazeera and more have all traded news for views and what was once the rarified preserve of an editor is now the currency of every news anchor. Even the BBC, which was my go-to station for impartiality, has been compromised of late. Print journalists are hardly exempt either – from the Murdoch stable through The New York Times.

Gonzo journalism – a style of journalism that is written without claims of objectivity – pioneered by the independent journalist and writer, Hunter S Thompson as a maverick departure in the 1970s, has become mainstream and is now pretty much the norm.

South African media has long been swept up in this evolving trend and the relentless commentary on and criticism of the Democratic Alliance (DA) in the run-up to its elective congress and thereafter is a case in point.

Stephen Grootes and Rebecca Davis have recently given vent to their opinions on the DA in Daily Maverick and while Daily Maverick’s Opinionistas are often worth reading, these are the views of senior journalists who apparently have no qualms about the blurring between news and opinion.

It is therefore incumbent and desirable for those who value news to disassemble the constructs of journalists who muddy the waters of news in the vain hope that the opacity generated by their opinion will somehow make up for the absence of clarity simple news reportage would ordinarily deliver and allow the reader to make up his or her mind.

Of course, the fate of the DA, as Grootes opines, matters, but whether it speaks as a party for all South Africans needs to emerge from an interrogation of its policies, its elective procedures, its values and principles and its overarching proposition to the South African voter who will – one hopes – make decisions on the facts and not on the fiction and views of the fashionistas of news.

So, what are the facts?

The recent clarification of DA policies has affirmed the party as an unambiguous alliance of liberal opposition to the big government of the ANC which is predicated on increasing state control, affecting the outcome of opportunities as opposed to simply enabling access. It has moreover made clear its position on the need for labour flexibility, the imperative to address public sector market failure by opening up to the private sector, the importance of a growth-driven economy among other policies – underpinned by precepts of economic justice and responsible redress that are not racially driven but based instead on measurable criteria to ameliorate, as required, the inequities of the past.

Like it or not, this is where the DA is now after some years of drifting towards the whirlpool of ANC orthodoxy that is defined by an adherence to democratic centralism – the ostensible broadness of the views within the post-liberation party that Grootes refers notwithstanding. This was not necessarily the case under Mmusi Maimane and the previous cohort of leaders who have made way for a new clarity. That the elected representatives are white, blue or black is of little concern – they were elected, as it happens, by overwhelmingly black delegates. What should matter is the colour of the goods on offer in the stall the DA sets out, not the hue of the elected stallholder.

While Davis laments that the newly clarified DA policies are positions that are closer to the (US) Republicans, not the Democrats; the (UK) Tories, not Labour, she sees the healthy contestation of ideas in the party as “fundamentally confused” and is unable or unwilling to see that it draws – as the appellation “alliance” indicates – from many of the abovementioned political stands, as long as they are underpinned by and affirmed on a commitment to non-racialism, a market economy, and a capable state that empowers citizens and cares for the vulnerable. Clearly, these principles find adherents in all of the parties to which Davis refers, but one can’t help discern her wish for more of what she categorises as “leftie” and “progressive” policies.

Of course, there is debate within the DA and unlike the modus operandi of the ruling party, where the received wisdom is fashioned centrally by the Tripartite Alliance and adhered to “democratically” by congress, the discussion around various views is often robust as was the case at the most recent congress. It must come as no surprise that some in the youth structures of the party posit a view which is often more strident. It is also hardly surprising that a call to be informed by data and to be subject to responsible analysis of the impact of such putative policy proposals was suggested and heeded by the majority, guided by the principles and values of the party.

What Red Rebecca fails to grasp among a host of issues is that the DA’s championing of the plight of farmers and farmworkers of all colours who face regular and disproportionately brutal attacks is noble, supportive of a crucial industry and a community that is gainfully employed in huge and sustainable numbers and that highlights a broader malaise in the general safety and security of our nation.

What Gonzo Grootes fails to grasp is that while the views of Helen Zille may not sit well with him and the commentariat, elected representatives and voters have historically thought otherwise. Both would be wise to additionally understand the different motivations for voters in local elections as opposed to national choices.

That said, let’s see how it turns out and how the DA fares – in both local and national elections. I daresay, even if we post an improvement, the views of many will outweigh the news.

As a closing aside, while I waited at the airport to fly home, having attended an Ethics Committee meeting of Parliament at which only the DA showed up in numbers – few apologies, 12 required for a quorum, 15 out of 22 having accepted and only eight present – reflecting a massive waste of time and resources, I read an opinion piece in The Star by Siaybonga Hadebe, an independent political commentator, bemoaning the Supreme Court of Appeal’s setting aside of the Preferential Procurement Regulations of 2017.

He argues that “if there is a need to replace BEE with all its flaws, the government would need to put something in its place that can achieve four things: increased involvement of blacks in the economy, economic growth, increased employment and (the creation of ) a productive economy”.

It’s a pity that neither Hadebe nor Grootes nor Davies take the time to see that the DA’s newly formulated policies on Economic Justice do exactly that – without the tired, failed, unhelpful and divisive reference to race as the arbiter of all our woes. More’s the pity. DM