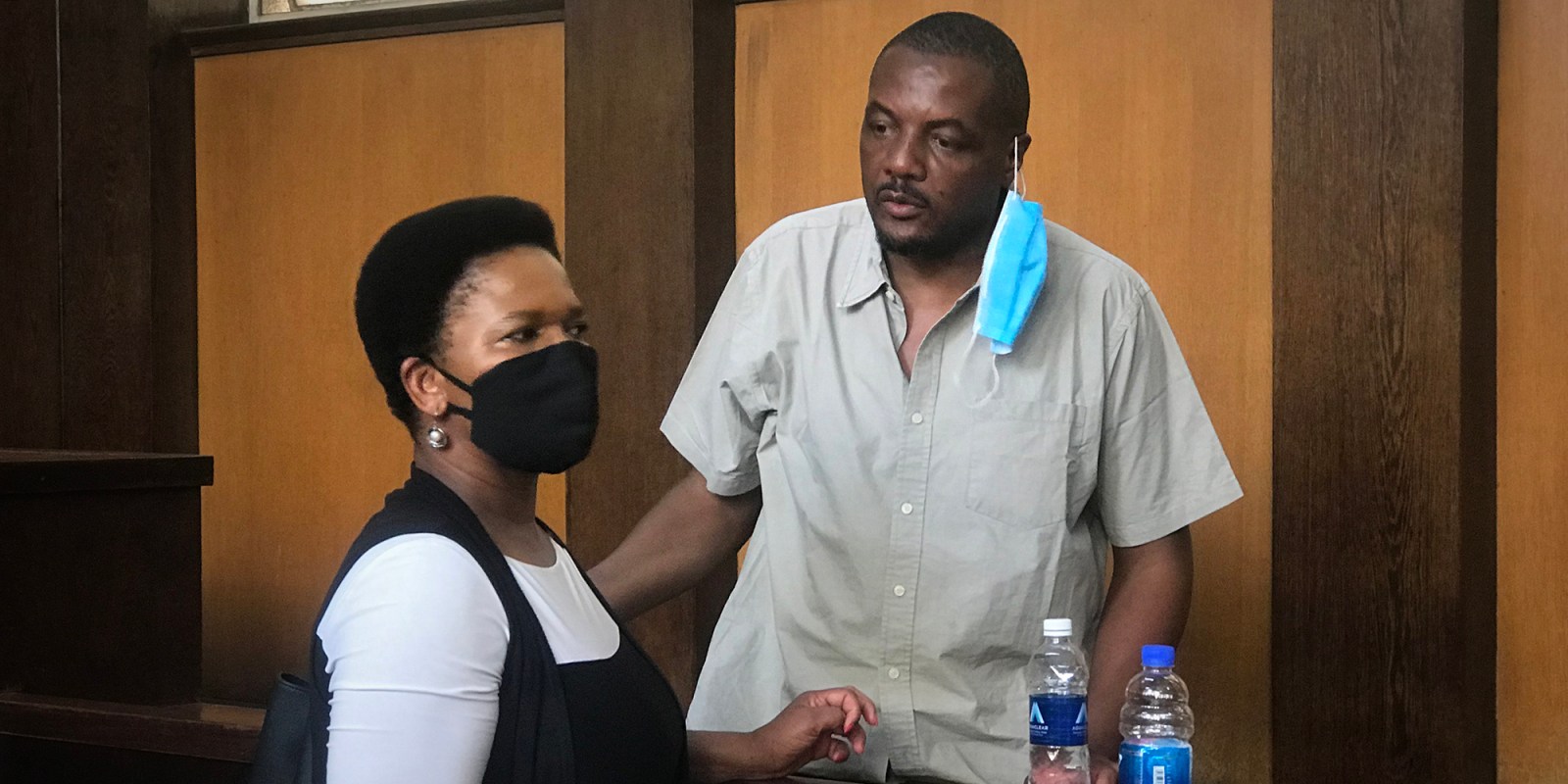 The detained journalist and documentary filmmaker, Hopewell Chin’ono, has refused to name his sources in court in a case in which he says he was exposing corruption at the National Prosecuting Authority. He told a Harare magistrate that exposing his sources would undermine his journalistic privileges.

Chin’ono, who took the witness stand in his application for refusal of remand on charges of obstruction of justice, told a Harare magistrate that charges against him were “malicious”, adding that as a journalist he had an obligation to protect his sources of information.

“I will not reveal my sources but I stand by what I wrote on my Twitter handle,” said Chin’ono when he was asked by the prosecution to reveal his sources at the National Prosecuting Authority. Chin’ono last week claimed that he was being “persecuted”.

Asked by lead state counsel Lancelot Mutsokoti if what he posted on his Twitter account did not undermine justice delivery in a case in which the Zimbabwe Miners’ Federation head Henrietta Rushwaya is being charged with attempting to smuggle 6kg of refined gold worth $333,000 to Dubai, United Arab Emirates, Chin’ono retorted that his actions were part of his journalistic work.

Chin’ono, who arrested on Tuesday 3 November at his Harare residence, said he felt that there was “an element of corruption” when he heard that authorities were not opposing bail for Rushwaya, adding that he was vindicated when the state consented to the granting of bail when a Harare magistrate asked it to explain why it was not opposing bail.

He added that it was also worrying that the state would not oppose bail for Rushwaya because she is a relative of President Emmerson Mnangagwa and other senior officials in government.

“Henrietta Rushwaya was involved in many cases involving corruption before and I could not keep quiet when the National Prosecuting Authority was taking that decision (not opposing bail for Rushwaya), especially when she is related to President Emmerson Mnangagwa who is the president and some top officials in government. Any journalist worth his salt would not ignore such a story when he or she has sourced that information,” said Chin’ono.

“You would agree with me that the home affairs minister Kazembe Kazembe told the media that Zimbabwe was losing $100-million a month due to gold smuggling and that would translate to $1.2-billion a year which is enough to buy everything that is required in our central hospitals, for example, and I can’t ignore such a story when I am confronted with credible information from my sources.”

Mnangagwa has repeatedly called for a zero tolerance on corruption, saying it was affecting the growth of the country’s economy. His predecessor, the late Robert Mugabe, also revealed that Zimbabwe had lost $15-billion to corruption in the diamond sector .

Chin’ono’s lead attorney, Beatrice Mtetwa, told the court that her client is not supposed to be in the dock in the first place and should not be placed on remand.

“Detaining Chin’ono, who is exposing corruption, defeats the whole purpose of authorities asking everyone to fight corruption. He was a whistle-blower in this case and he was using his journalistic skills to expose corruption and in our respectful submission there is nothing wrong with that. In any case, the charges as crafted by the state, do not disclose an offence,” said Mtetwa.

But the prosecution maintained that there was a nexus between the alleged offence and Chin’ono’s tweet as Chin’ono had not disputed the tweet.

Magistrate Marehwanazvo Gofa said she would deliver her ruling on Tuesday.

Chin’ono arrest was criticised by media watchdogs such as the Media Institute of Southern Africa and Committee to Protect Journalists, which said his arrest was an attack on the journalism profession.

“Hopewell Chin’ono’s detention sends a chilling signal on freedom of opinion and expression in Zimbabwe. Exposing corruption is not a crime – the fight against corruption is a declared government priority,” said EU ambassador to Zimbabwe Tim Olkkonen.

Chin’ono is also out on bail on charges of inciting Zimbabweans to revolt against Mnangagwa’s administration. Another magistrate, Ngoni Nduna, is expected to rule on Tuesday whether or not he should recuse himself from hearing Chin’ono’s case after the journalist accused him of bias. DM