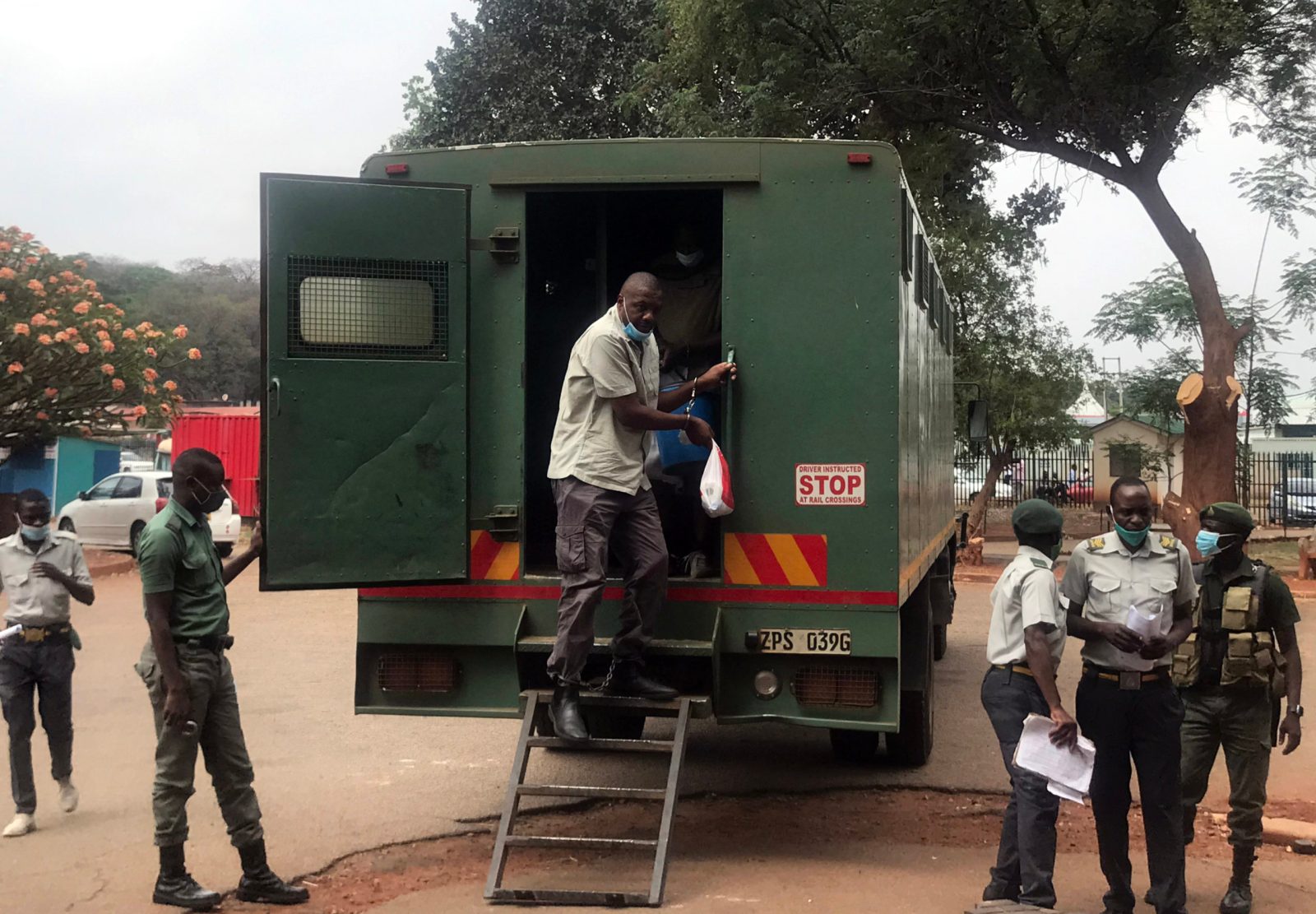 Incarcerated prominent Zimbabwean journalist and documentary filmmaker Hopewell Chin’ono, who spent six weeks in a remand prison on charges of inciting Zimbabweans to revolt against President Emmerson Mnangagwa and who was rearrested this week, has revealed he is being held at the country’s maximum security prison — though fresh charges are yet to be brought.

Zimbabwean journalist Hopewell Chin’ono said on Friday — through defense attorney Beatrice Mtetwa — that he had spent the night in Chikurubi Maximum Security Prison following a court appearance on Thursday.

“We wish to lodge this complaint and put it in record that the accused person was detained overnight at Chikurubi yet the accused person is not a security threat,” said Mtetwa. “He has not been formally placed on remand and it is therefore uncalled for for him to be detained at a maximum security prison as if he is a dangerous criminal.”

The prosecution, led by Lancelot Motsokoti, was dismissive of this argument, saying the correctional services department had the discretion to keep an inmate at any prison they deemed fit.

Meanwhile, Chin’ono filed an application for the court not to entertain the state case, claiming he was before the court improperly. This came after he unsuccessfully tried to submit CCTV footage recorded at his house showing his arrest. Magistrate Marehwanaozvo Gofa ruled that this recording was inadmissible.

However, the court did allow Chin’ono to use phone recordings of a Whatsapp message he sent to Mtetwa immediately after his arrest was announced by police at his home.

Although the prosecution vehemently denied that the journalist was arrested around 17h15, the investigating officer, Detective Inspector Naison Chirape, confirmed that the time of arrest was as indicated by Chin’ono.

Following this admission by the police, Mtetwa told the court there had been a deliberate attempt by the police and the state prosecution service to unlawfully detain Chin’ono.

“The investigating officer admitted that the arrest was effected at 17h15 and yet the request for remand form shows that he was arrested at 18h00. Even if we were to go by the investigating officer’s own evidence here in court, it is clear that there was a deliberate falsification of facts. As my learned friend would agree with me that this court only sat at 18h32 hours well after the 48-hour period allowed by law had lapsed.

“It is therefore very clear, Your Worship, that the accused person was brought before you improperly as the stipulated 48-hour period lapsed at 17h15 hours yesterday,” said Mtetwa, asking that Chin’ono be released immediately and unconditionally.

When Chin’ono took to the stand to testify on the time of his arrest, he told the court he was told by police officers that he was being arrested in connection with a tweet he had posted on his Twitter handle concerning Zimbabwe’s Chief Justice Luke Malaba, but those charges had not been read out to him when a statement was recorded from him.

Chin’ono is facing charges of contempt of court and obstruction of justice, according to state papers.

On arrival at court on Friday morning, Chin’ono, in handcuffs and leg irons, told journalists he was being persecuted.

Meanwhile, magistrate Gofa said she would deliver her ruling later on Friday as the state was opposing Chin’ono’s application and saying he had been brought to court in the prescribed time. DM