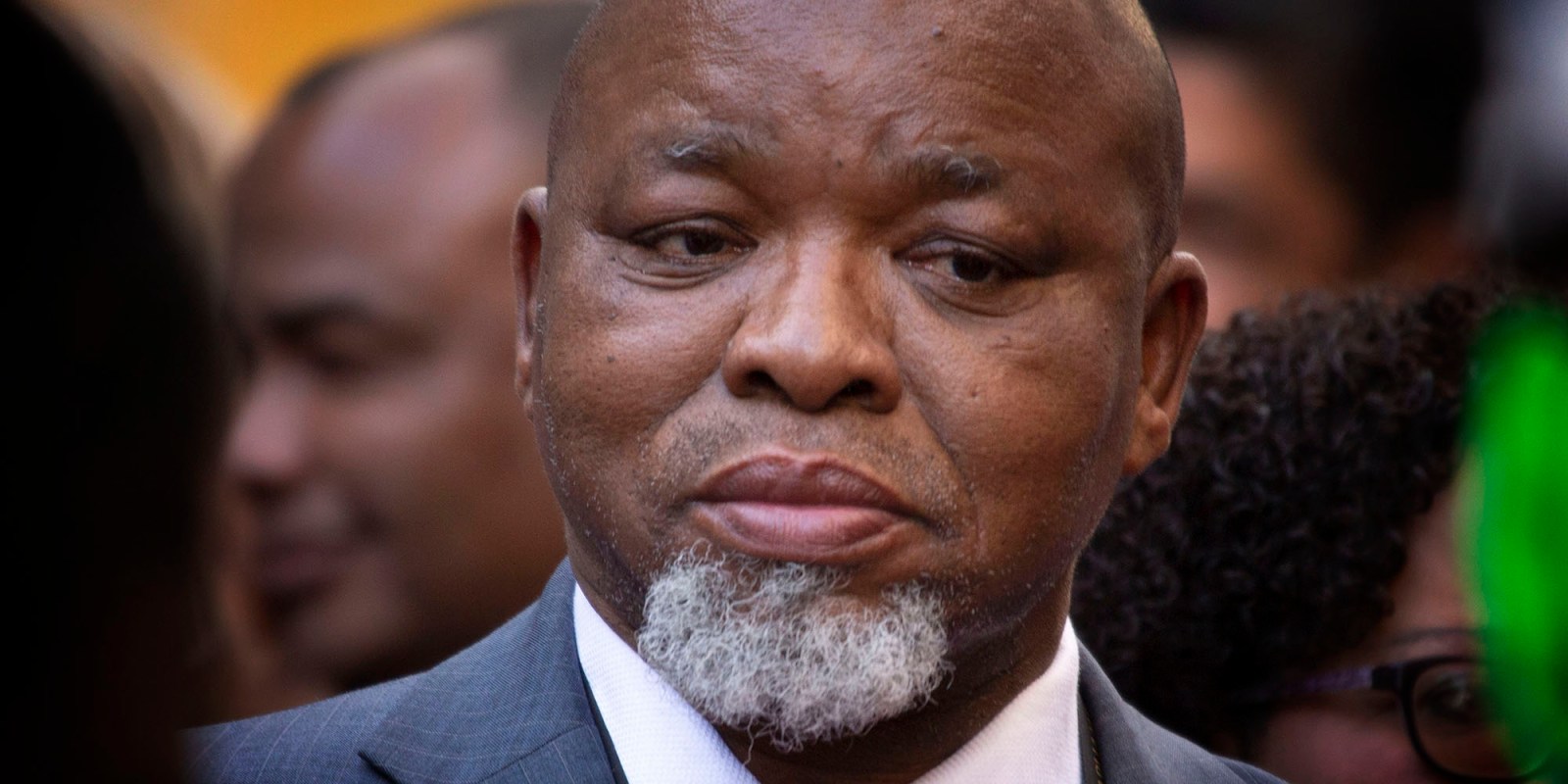 Growing war talk by a group of ‘retired army generals’ and a document proposing the disbandment of the ANC leadership and the establishment of something akin to a military state had party chairperson Gwede Mantashe springing into action.

When the ANC deploys someone other than Secretary-General Ace Magashule to communicate on the outcome of a meeting, it’s quite possible that the party doesn’t want to miscommunicate.

On Monday night, at a mere 15 minutes’ notice of the press conference, it was ANC chairperson Gwede Mantashe who told journalists on Zoom that a document released by a group calling itself the ANC Cadres was “mischief at best and it’s intended to agitate society”. The group is led by retired defence intelligence head Maomela “Mojo” Motau and is roughly aligned with former president Jacob Zuma and his sympathisers.

They recently held a cadres’ forum, shortly after the SA National Defence Force issued a statement warning members not to get involved in party political matters. The 32-page document that resulted from that forum, held about a month ago, first started circulating on ANC WhatsApp groups over the weekend, shortly after the ANC Cadres’ second meeting with ANC leaders. The group was clearly not satisfied with the discussions and managed to put Mantashe on the back foot by releasing the document, meant for ANC officials and titled “ANC turnaround strategy 2025: Changing the course of history”.

Far-fetched as some of the group’s ideas might sound in a constitutional democracy, the risk for the ANC of legitimising the group, which has no standing in the organisation, by having two meetings with them and counting, was clearly smaller than the risk of ignoring them and letting them run amok.

Roughly coinciding with the release was a new wave of attacks on foreign-owned shops in Durban on Tuesday by a group calling itself the uMkhonto weSizwe Military Veterans Association. Voice-notes were also said to have been doing the rounds on WhatsApp in KwaZulu-Natal spurring people to further violence, also against white and Indian people.

The document deals with a wide range of issues, ranging from a shake-up in the ANC to halting the building of malls to advance small businesses, finding a new race classification system, assigning the SABC to become “a real national public broadcaster”, and using social media to win the information war. The group also foresees some resistance and possible efforts to “undermine and destroy” its efforts, adding that security forces should be “ready and able to ensure stability in the country throughout”.

Besides a heavy emphasis on security, the document suggests a radical shake-up in the ANC – unsurprisingly one of the main sticking points between the group and ANC leaders.

“It is going to be very challenging for the present leadership to change course,” the document reads. “It will be a difficult and arduous task to rescue our leadership from the clutches of neo-colonialism and neo-liberalism in short time.”

The group suggested putting the ANC under administration and appointing a National Task Team as “the only credible structure that should take charge of running ANC affairs in the short term”. This will include a chairperson, a “national commissar”, directors for international relations, mass mobilisation, projects, security, and communication and publicity, as well as 12 additional members.

The document continues: “In this regard credible and committed cadres should be asked to volunteer to participate in this process of strategic renewal of the movement. To this end, comrades must have a history of struggle that can stand scrutiny.” President Cyril Ramaphosa is often (falsely) accused by detractors of lacking the latter.

Mantashe, however, on Monday night said ANC leaders had some questions for the group on the legitimacy of this request. ANC leaders wanted to know who would appoint this National Task Team, who would have appointed the person who appoints the task team, and, last, how it will relate to structures of the ANC.

“Anybody can pull together a group and issue a document and send it out in the public and confuse society,” Mantashe said. “We are appealing to society not to be confused. We are engaging with this group of retired generals.”

There were questions in the briefing over the fears of a coup d’état, but Mantashe said: “Even though the group said they are not the coup plotters, we said to them their document is not far from an analysis we made a few years ago for the threat for regime change in southern Africa in areas that are governed by liberation movements. But we said, ‘let’s get over it’, and we will not succumb to any attempt to change the regime and replace it by a few people.”

The emphasis on security is strong. “Security of our people is a critical preoccupation of the state,” the document reads. “All measures to be taken to contain or do away with crime. No person can raise arms against the state and not expect the state not to do so against that person. The country should enforce discipline among its citizens. There shall be created disciplinary tribunals to avoid criminalising citizens on disciplinary transgressions.”

It emphasises mass political mobilisation, the return of foreigners to their countries of origin and the employment of South Africans only, and the mandatory licensing of foreign-owned non-government organisations.

The document proposes the seizure of land, but warns that “Europeans”, meaning white people, will not like this and might “revolt”. It suggests a reclassification of “the main demographic groups of South Africa” to Africans, Asians and Europeans.

The document also proposes a new currency and asks for the postponement of next year’s local government elections and harmonising it with the general elections, due again in 2024, after suffering “a bruising hammering” and losing “almost all major metros in the country” to the opposition in 2016 – ironically under Zuma’s leadership.

“The next turn around might be much more humiliating than we think. The battering can actually spell the end of the ANC as a major political party in the national political system and a liberation movement enjoying the support of our people.” A postponement would buy some time, the document says.

ANC insiders are said to be deeply concerned about the possible disruptions this group’s actions and utterances can cause in the country, and they speculate that much of the group’s actions are to deflect from the fight against corruption and the possible future arrest of more highly placed ANC leaders.

This includes Zuma, who has refused to appear before the Commission of Inquiry into State Capture again, alleging that Deputy Chief Justice Raymond Zondo has a conflict of interest. The group also seems to question the legitimacy of courts, no doubt partly to deflect from Zuma’s corruption case, which is set to continue on 8 December.

The document might not only spur Zuma’s supporters to take to the streets or to take up arms, but could also cause white right-wing extremists to come out to fight.

“The posture and language used in that document is dangerously oriented to right-wing nationalism and authoritarianism,” an ANC insider said, adding that it has echoes of splits and breakaways from the party such as the Pan-Africanist Congress and even the Economic Freedom Fighters.

“It’s certainly something which needs to be monitored closely and managed.” DM