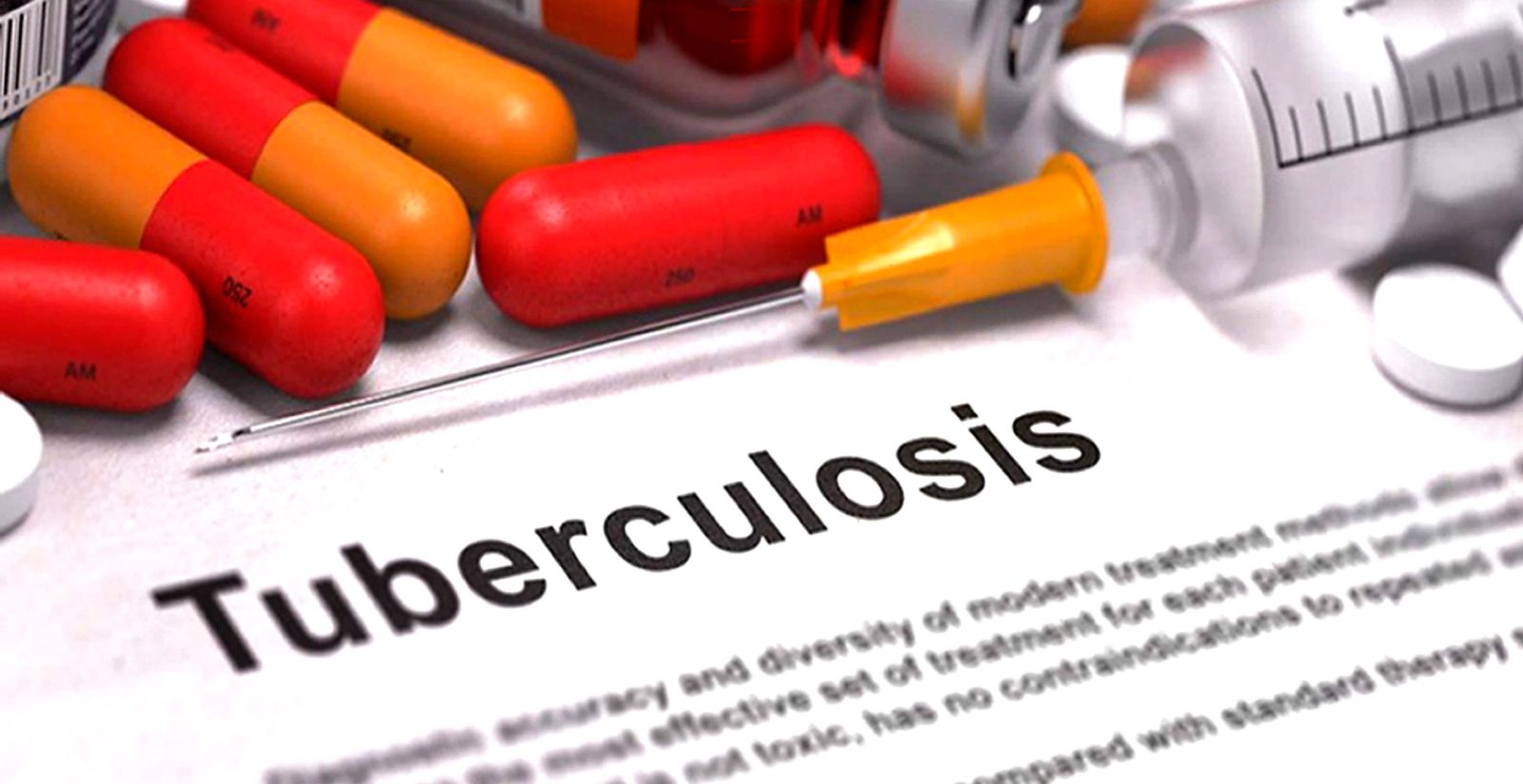 Many TB patients may fall through the cracks as a result of a decline in TB diagnosis and treatment interruptions. (Photo: slideshare.net / Wikipedia)

Numbers from the National Institute of Communicable Diseases and some provinces show that TB diagnoses have dropped dramatically in 2020 – likely due to Covid-19. In the Eastern Cape, the provincial health department won’t share information on TB and its catch-up plans, which worries activists.

The Eastern Cape Department of Health has declined to provide Spotlight with vital information on the impact of Covid-19 and lockdown on the province’s TB programme and its plans to get it back on track.

Some health activists in the province fear many TB patients may fall through the cracks as a result of a decline in TB diagnosis and treatment interruptions – both of which could harm the health of individual patients and result in the further spread of the disease.

The communicable diseases general manager in the provincial health department, Miyakazi Nokwe, and TB programme manager, Nokuthula Sopiseka, both declined to respond to questions about the Eastern Cape’s TB statistics during lockdown and the catch-up plan.

Spotlight emailed the same requests for comment to the health department’s spokesperson, Siyanda Manana on 14 October 2020. Despite an initial confirmation that he had received the questions, we received no further responses.

We do, however, have access to some older information. The Eastern Cape Department of Health’s 2018/19 Annual report shows pulmonary new smear-positive TB incidence in 2016 stood at 206 per 100 000 people with the highest number in the Sarah Baartman district, which includes areas of Graaff-Reinet, Makana and Kareedouw. By 2018 this number dropped to 179 per 100,000. The real number of TB cases may however be higher, depending on what percentage of people with the disease in the province are being diagnosed.

TB was flagged as the main underlying cause of death among men in the province.

A presentation compiled by the Eastern Cape government, seen by Spotlight, shows the public healthcare system has lost contact with a significant number of people with TB. In 2018, the province recorded 1,001 patients with TB as lost to follow-up. By 2019, this number had increased to 1 752.

Meanwhile, the WHO Global Tuberculosis Report 2020 released recently shows that around 360,000 people fell ill with TB in South Africa in 2019, around 20% higher than previous estimates.

Detailed findings from South Africa’s first National TB Prevalence Survey were set to be presented on a national Department of Health webinar last week, but the webinar was postponed until further notice. Some top-line findings were presented during a 10-minute session at a recent international TB conference. These findings seemed to confirm that significantly more people are falling ill with TB in South Africa than previously thought. Spotlight is attempting to access the full survey findings using the Protection of Access to Information Act.

While we wait for more figures to be released, Spotlight spoke to health workers, activists and experts to get a sense of what is happening with TB services in the province.

A community health worker at Motherwell Clinic in Port Elizabeth, who asked not to be named as she has not been authorised to speak to the media, says the Eastern Cape already has a high rate of treatment interruption and Covid-19 made it worse. She says treatment is often interrupted at different points. Some patients stop treatment when they show an improvement, and other patients are diagnosed, but never start on treatment.

“A huge number of our patients don’t finish their treatment because of stigma and poverty,” she says.

“Before the outbreak of Covid-19, patients used to get nutritional supplements just to have at least one meal a day because it is essential for TB patients to eat before taking their medication. During the lockdown civic organisations that used to supply food to patients stopped due to lockdown restrictions, hence some of our patients are no longer coming for their treatment despite being critically ill,” she says.

“Relocations to new areas and patients who give false addresses make it difficult for us to trace them. Sometimes people give us wrong addresses because of stigma attached to the disease. When you go to that address, you find that there is no such person. What is missing in our communities is psychosocial support to educate people that TB is curable. Patients need people who will support them for the duration of their treatment and not people bad-mouthing them or chasing them away,” she says.

Professor Linda-Gail Bekker, director of the Desmond Tutu HIV Foundation at UCT, says the region has multiple health issues and cannot afford to focus only on Covid-19. “There is a need to take a more integrated approach to service delivery,” she says.

“TB requires six months of treatment – two months of intensive [treatment] and the last four months is for maintenance. These treatments are taken daily. When individuals stop treatment, there can be a resurgence of the TB. Ideally, individuals should not break treatment for any length of time without finishing their prescribed course,” says Bekker.

She says clinics should know who has not finished their daily doses. “If those people are ‘lost’ and have not shown up for treatment refills, they should be traced. The health department needs to have alternative ways for people to access care if health facilities are unable to supply medication for any reason.”

Bekker suggests that health facilities need to develop a range of ways to dispense TB services to the public. Some recent innovations used in different parts of the country include multi-month dispensing, treatment deliveries to homes, and pick-up points that are not at healthcare facilities.

“We saw some of this innovation happen during the Covid-19 lockdown,” she said.

“TB catch-up and recovery plans also need to take into account the social status of the patient. People who are suffering economically and have limited food security won’t care much about going to [the] clinic to collect their medication on an empty stomach,” she says.

Furin suggested sputum drop-offs sites, where people can leave samples without going to the clinic, or self-screening as other options.

“Linking TB testing to clinics only is not going to work. We are not going to see the recovery we are hoping for. The South African government was always on TV, giving updates on Covid-19. The same spirit is needed to fight TB, and all that needs to be done in a welcoming and compassionate way that encourages people to know that TB is curable,” says Furin.

“People living in households where someone has been diagnosed with TB need to be screened and put on preventive therapy if they are not positive. Lockdown could have increased the spread of TB within crowded households, hence preventive therapy availability should be increased because it could play a critical part in TB prevention efforts.”

A ‘setback and catastrophe’ for TB

The Treatment Action Campaign’s (TAC) general secretary, Anele Yawa, who led two oversight visits to clinics in the Nelson Mandela Metro in August and September, describes the lockdown as a huge setback and a catastrophe for the fight against TB. During their oversight visits to a number of clinics in the metro, they discovered that some patients stopped treatment during the nurses’ protest, clinics had been broken into, and medication stolen.

He says that the Eastern Cape health officials admitted to them that clinics in the province had lost contact with many TB patients during the lockdown. Yawa says clinics often closed due to Covid-19 infections and strikes by nursing staff demanding personal protective equipment. This resulted in many patients being unable to collect their medication.

“Community healthcare workers who were supposed to provide HIV and TB education in clinics were doing community outreach programmes and some were engaged in Covid-19 contact tracing. That means there was less supervision of TB patients because priority was given to Covid-19. Many patients were kept outside the health facilities’ entrance points for hours because nurses were overwhelmed,” says Yawa.

“Between the period from April to July, nobody seemed to care about HIV and TB patients, as the resources were deviated to the Covid-19 treatment.” He says they raised this issue with the department.

“We received numerous complaints in the province of patients who were no longer accessing their medication.”

Yawa urges patients to continue taking their treatment and make their health a priority.

“Most of the time, our government is seen being reactive rather than being proactive. TB is an airborne disease that needs a comprehensive education and awareness campaign. It is of paramount importance for the government to partner with civic organisations to ensure that resources are available to mitigate the spread of infections in the country. DM/MC

*NOTE: The Treatment Action Campaign (TAC) is mentioned in this article. Spotlight is published by SECTION27 and the TAC, but is editorially independent, an independence that the editors guard jealously. Spotlight is a member of the South African Press Council.