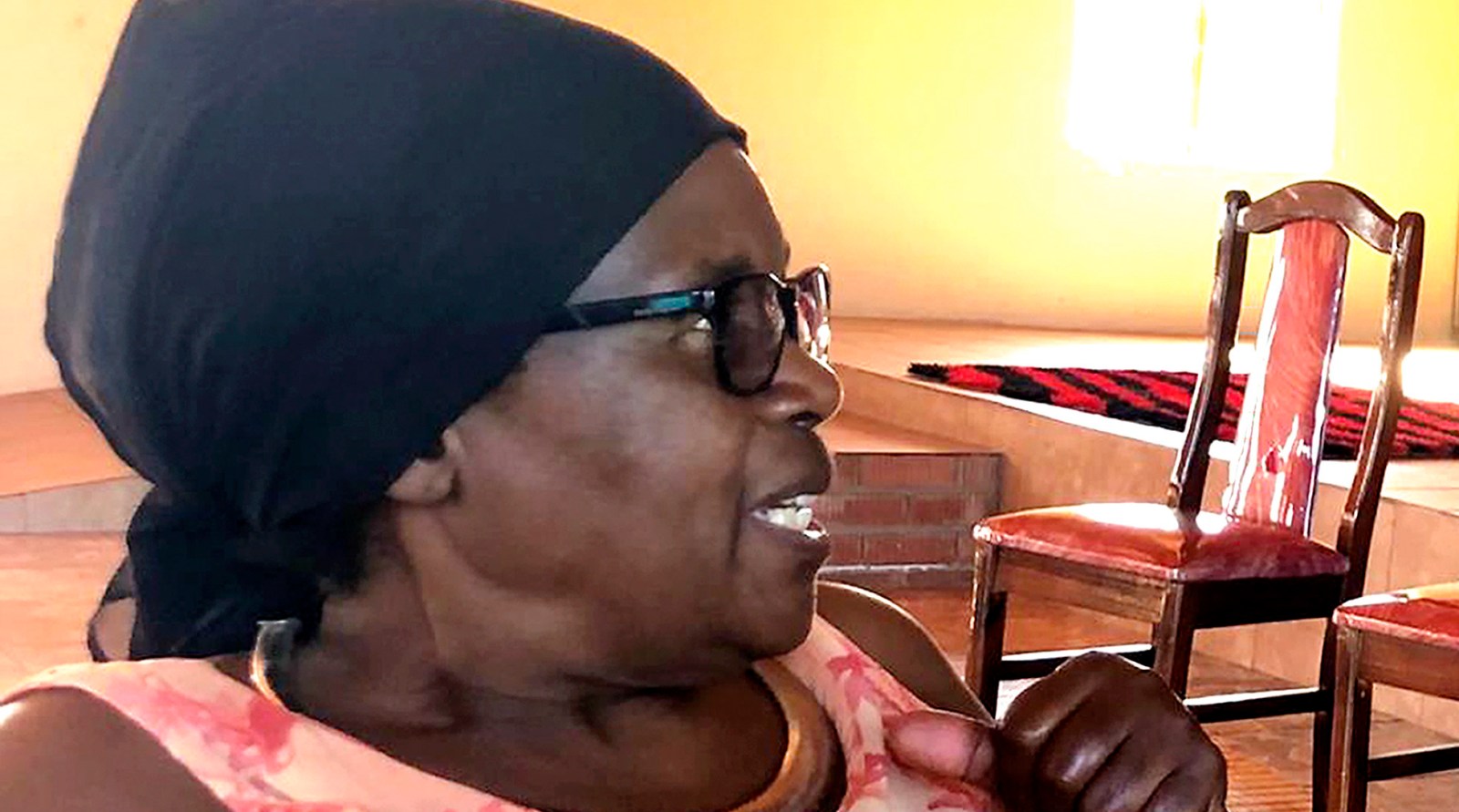 To understand Fikile Ntshangase’s murder properly, we need to pull back the curtain and see her death in the broader context of escalating violence against rural people who attempt to assert their rights in the face of corporate and state intransigence.

On Thursday 22 October 2020 we received the terrible news that Fikile Ntshangase had been shot and killed in her home in Ophondweni, KwaZulu-Natal.

Ma Ntshangase was a member of the Mfolozi Community Environmental Justice Organisation (MCEJO) committee, a local organisation championing the rights of those affected by mining in the area. Together with other MCEJO members, she had objected to current and proposed operations in Somkhele and Ophondweni.

The chilling possibility of dying a violent death is not unknown in Ophondweni among those who resist or oppose mining expansion.

Earlier this year in April, the home of the Mthethwa family was shot at. This came just weeks after one of the Mdletshe family received texts threatening murder for the household’s breadwinner. On numerous occasions another MCEJO committee member has had to go into hiding for fear of his life.

As Ma Ntshangase’s family and community mourn her passing, it is important that we find a way to honour her and others who, like her, have lost their lives trying to protect their livelihoods, land and environmental rights.

To do this we need to pull back the curtain and see her death in the broader context of escalating violence against rural people who attempt to assert their rights in the face of corporate and state intransigence.

The harassment and killing of activists who are part of community struggles against mining activities has a terrible history.

In 2016 Sikhosiphi ‘Bazooka’ Radebe, an activist in Xolobeni in the Eastern Cape whose community was opposing mining, was also shot and killed. Accounts of the devastating reality of violence and intimidation facing defenders of land and environmental rights are well documented. Some of the South African records can be found in a report released by a collective including groundWork and Human Rights Watch (HRW), while some of the international data is captured in a 2020 report by Global Witness.

It is important to recognise that an investigation into the specific events that led to Ma Ntshangase’s death remains to be concluded, but we cannot ignore that her death comes at a time when land and environmental activists are under increasing attack.

The groundWork/HRW report points out that these activists are often maligned and cast as “enemies” of community advancement, a narrative that exacerbates the risk of violence against them.

“Threats and intimidation by other community members against activists often stem from a belief that activists are preventing or undermining an economically beneficial mining project. In some cases, government officials or representatives of companies deliberately drive and exploit these community divisions, seeking to isolate and stigmatise those opposing the mine.”

Ma Ntshangase’s killing also occurred within a particular local context – one shaped at least in part by the community’s relationship with and experiences of the Tendele mine, and its history of unmet expectations and rising frustration.

Community members have previously raised concerns that they have not seen proper engagement from Tendele, which focuses on negotiating with traditional leaders, the Ingonyama Trust and committees it creates itself to speak on behalf of community members.

Litigation against Tendele has focused on its failure to comply with laws that protect the land and environmental rights of community members.

Community members who have already been moved to make way for expanded mining operations have received woefully inadequate compensation for the loss of their livelihoods, land and sense of community.

Others who were not compensated have been left to live on the edge of an open-cast coal mine, their daily lives made miserable by blasting, dust and the pollution of their crops and water.

Residents have described the trauma of being moved haphazardly with no regard for the social structures that previously underpinned their ability to sustain their livelihoods or identity as families and community.

A 2018 report by the South African Human Rights Commission (SAHRC) that explores the underlying socioeconomic challenges of mining-affected areas offers some important insights. In particular, it highlights the mine’s denial that people affected by mining require compensation for their agricultural land.

The SAHRC report also outlines how the mine’s reliance on dealing only with the traditional council, rather than with structures elected by the people whose land rights are directly undermined by the mining operations, is inadequate.

The reality is that the mine has adopted a crude divide-and-rule strategy by insisting that no compensation will be paid to those who have agreed to move until everyone who objects has agreed. This approach is accompanied by a constant refrain that major retrenchments are inevitable as long as “a few families” hold out.

Community members who dare to remain steadfast in demanding adequate compensation find themselves ostracised by neighbours and vilified by the mine. They find themselves accused of being unreasonable and greedy – and at the centre of dangerous conflict and distrust within the community.

Through the ongoing struggles and continuing work of activist communities and the lawyers that represent them, South Africa is slowly improving the legal protections available to communities living in mining areas.

This continues to be an uphill battle, but it has already yielded significant judgments that reaffirm the rights of communities and correct interpretations of the law that facilitate unlawful dispossession.

These recent and important legal precedents are part of the arsenal relied on by activists such as Fikile Ntshangase.

Central to the ability of communities to assert their rights is the recognition of the incontrovertible legitimacy of the land rights held by these communities and the individuals within them. This acknowledgment in law and in practice allows communities to stand on firm ground.

State-led policies, laws and practices that undermine these rights threaten to pull that firm ground out from beneath these communities.

A communal land policy that vests land ownership in traditional councils, such as that currently proposed by the department of agriculture, land reform and rural development in the 2017 Communal Land Tenure Bill, would again raise the stakes dangerously and make communities like that of Ma Ntshangase more vulnerable.

Those whose elite interests would be served by a legal framework that vests ownership (and the accompanying powers to make decisions about mining) in their hands, are not likely to respond well to the actions of communities like Ma Ntshangase’s.

Instead, the actions and assertions of organisations like MCEJO, on behalf of customary landowners, are perceived as a threatening nuisance by those who hope to see the provisions of the Communal Land Tenure Bill come to fruition.

The struggle against mining operations that threaten to dispossess and disempower communities is part of the struggle for the long overdue recognition and protection of land rights that communities hold under customary law.

Until customary land rights are taken seriously by mining companies and the state, this David and Goliath battle will continue to put activists’ lives at risk. DM/MC

Nolundi Luwaya is the Director of the Land and Accountability Research Centre at the University of Cape Town.