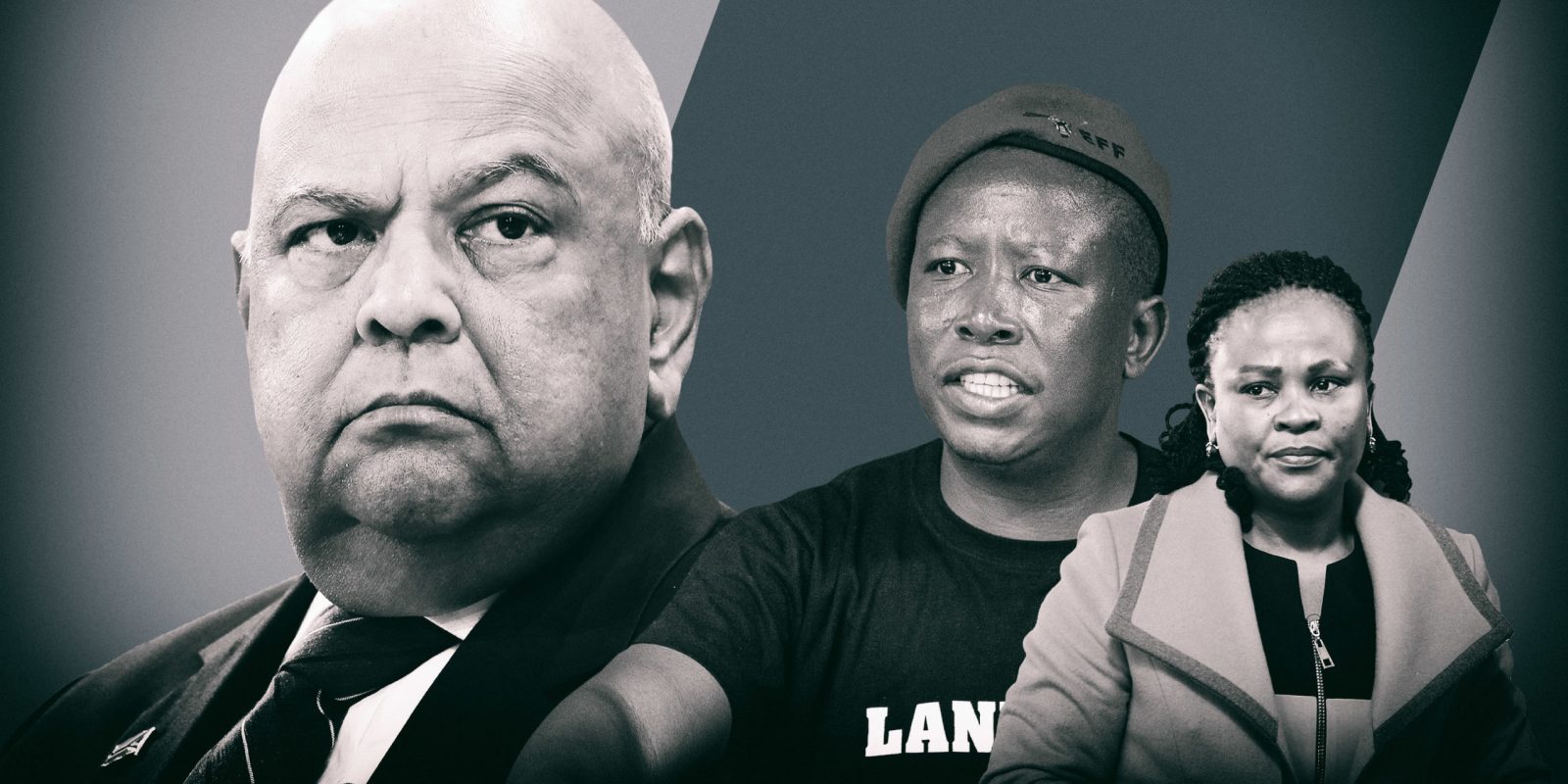 Busisiwe Mkhwebane and EFF suffered a legal setback as high court judge ruled that the classified 2014 Inspector-General of Intelligence report into the State Security Agency attack on SARS must be sent back to the vaults.

The late former Inspector-General (I-G) of Intelligence Faith Radebe’s 2014 report into alleged illegal State Security Agency (SSA) activities at the South African Revenue Service (SARS) has been plugged by the Gauteng High Court and will be sent back to the vaults.

On Monday 2 November 2020 Judge Nomonde Mngqibisa-Thusi granted the Minister of State Security Ayanda Dlodlo’s application to prohibit the publication of and/or public access to the controversial and classified report.

Dlodlo applied to interdict the report — while it had already been made public by the Economic Freedom Fighters (EFF) and the Public Protector — in the interests of “national security”, to protect the identity of the country’s spies as well as training methods of the agency.

Mkhwebane had argued that a prohibition on publication and access to Radebe’s classified report would prevent her report into former SARS commissioner Pravin Gordhan and the alleged SARS “rogue unit” from being made public.

She told the court she would be “hamstrung in defending the findings she made in her report” [on Gordhan and former deputy SARS commissioner Ivan Pillay].

The Public Protector also said she would not be able to comply with provisions of the Public Protector Act and rule 53 of the Uniform Rules, which oblige her to file a record of the documents relied upon in her report, including the classified Radebe Report.

Mngqibisa-Thusi said that the Public Protector and the EFF’s argument that the information was already in the public domain and that “any prejudice has already occurred has no merit”.

“The fact that the I-G’s report is in the public domain does not result in it losing its classification. Until the report is declassified, its unauthorised possession is unlawful in terms of s 4 of the Protection of Information Act and s 26 of the Intelligence Services Act.

“The Public Protector and the EFF cannot, therefore, rely on the ground that the I-G’s report is in the public domain since their unauthorised possession of the classified report is a continuing offence,” said Mngqibisa-Thusi.

Dlodlo had provided Mkhwebane, however, with a redacted version of the Radebe report which did not put her at a disadvantage, said the judge.

“The legitimacy of the review proceedings would not be undermined if the I-G’s report is not used. Further, the public will have the opportunity to access its contents [the redacted version] and if necessary debate it,” said Mngqibisa-Thusi.

Radebe’s 2014 report rose, vampire-like, in 2019 when the EFF attached it to another matter involving Gordhan in the equality court, making it public.

The fact that the I-G’s report forms part of a court record and that Mr Van Loggerenberg has disclosed some of the identities of the SSA operatives does not justify putting the safety and lives of the intelligence operatives and their families in danger.

The EFF also attached the Radebe report to its counter application to Gordhan’s legal challenge to the Public Protector’s July 2019 report, titled “Report on an Investigation into Allegations of Violations of the Executive Ethics Code by Mr Pravin Gordhan, MP as well as allegations of maladministration, corruption and improper conduct by the South African Revenue Service”.

So keen was Mkhwebane to get her hands on it that in January 2019 she visited the offices of current Inspector-General of Intelligence, Setlhomamaru Dintwe, in an attempt to procure a “legit” copy.

Being in possession of the classified document dropped off at her offices would have made her guilty of an offence. Dintwe stood his ground and referred Mkhwebane back to the Minister of State Security.

The Public Protector and the EFF were dealt a blow in June 2020 when Judge Sulet Poterill, in the North Gauteng High Court, handed down a consent judgment setting aside and declaring invalid the entire Radebe report.

In making the report public, the EFF had opened it to legal challenge.

It was former SARS executive Johann van Loggerenberg who, in November 2019, launched an application to the high court when Mkhwebane announced that she had secured a version of the classified report.

Mkhwebane had also publicly stated that she had used the Radebe report to build the “rogue unit” case in her report, recommending that Pravin Gordhan be disciplined.

Van Loggerenberg had supplied screeds of evidence to Radebe in 2014 when the then minister of state security David Mahlobo had, after media reports, ordered the probe into the involvement of State Security agents in the attack on SARS.

When the Public Protector made it public that she was in possession of the report, Van Loggerenberg was able to access it for the first time. It was then that he determined evidence he had provided to Radebe at the time had been largely ignored and had “gone missing” in some instances.

On Monday, Mngqibisa-Thusi said the Public Protector and the EFF could not seek “to rely on their unlawful conduct”.

“The fact that the I-G’s report forms part of a court record and that Mr Van Loggerenberg has disclosed some of the identities of the SSA operatives does not justify putting the safety and lives of the intelligence operatives and their families in danger,” said the judge.

She ordered that any and all references to the I-G’s report in the founding affidavit of the EFF be struck out and for the party to pay the costs of the application.

Mngqibisa-Thusi said that she was granting the cost order against the EFF as the party’s conduct “in attaching the I-G’s report before its declassification cannot be countenanced”. DM