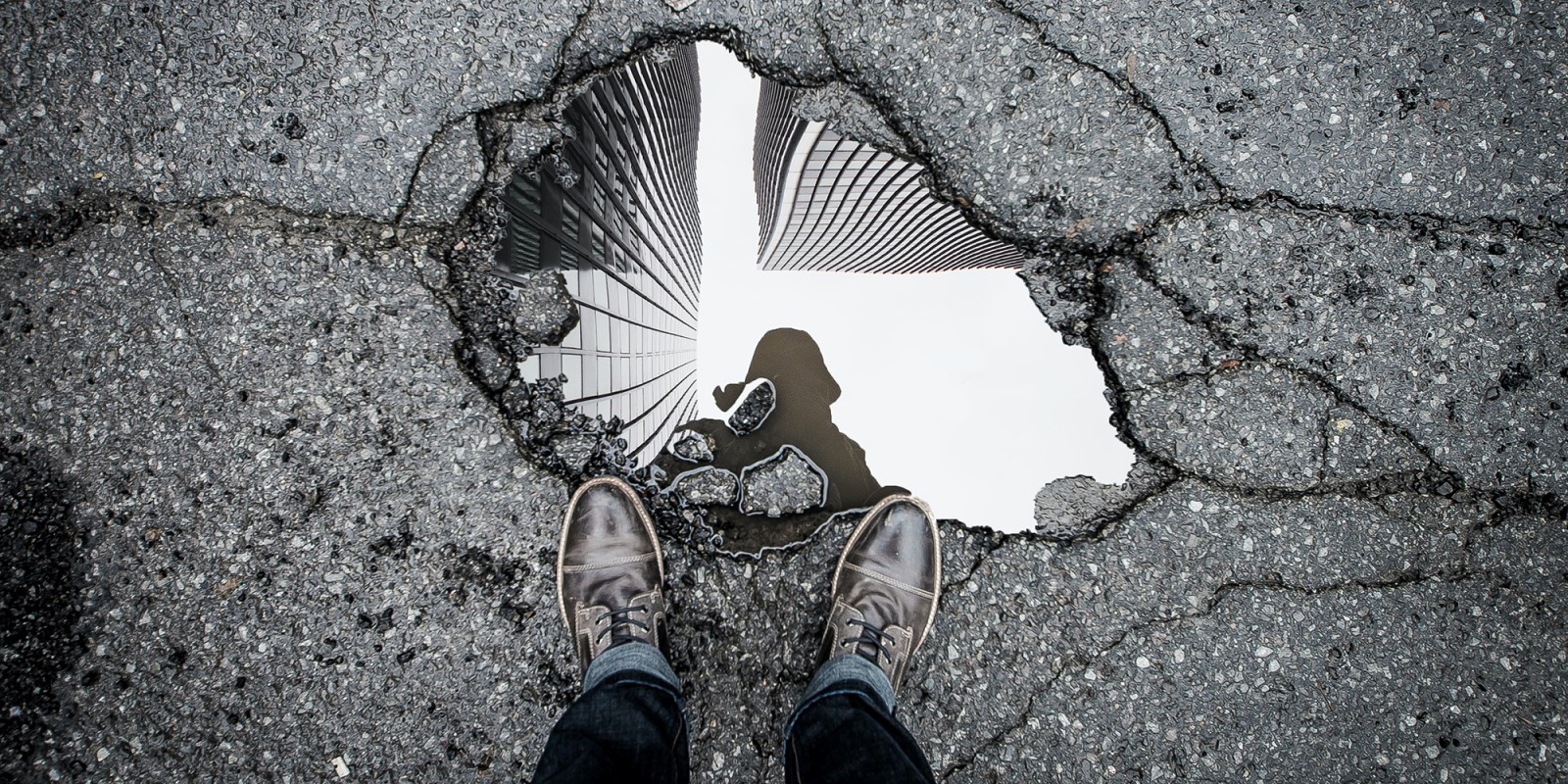 The city’s asphalt plant is defunct and the roads agency has run out of tar as road safety declines.

Albert Mokoena, a former Home Affairs DG who was fired by former president Thabo Mbeki for running a basketball team from his office, is back and in charge of fixing more than 90,000 potholes in Johannesburg.

Mokoena chairs the Johannesburg Roads Agency (JRA), an entity under which the city’s roads network has gone to ruin. Johannesburg is one of Africa’s largest cities and is responsible for an estimated 30% of the national GDP, making the transport network essential.

But the latest available JRA report to the council shows that of the 140,732 potholes reported at the beginning of the financial year, 46,981 had been repaired at the end of the final quarter for 2019/2020.

JRA spokesperson Sanele Zondi said 768 potholes had been repaired since July which means the city has about 92,000 potholes, give or take. Daily Maverick reported an estimate of 50,000 potholes in September, but new reports show the number is much higher.

The estimates of pothole numbers are from reports by residents, app reports as well as councillor call-ins and inspections by JRA maintenance teams.

This article shows the city undertook a road-fixing blitz in September.

The city was also missing 9,679 road traffic signals at the end of the financial year and traffic light faults increased substantially in 2020, but councillors say the team who fixes these is much better than the pothole and road traffic sign maintenance units. Zondi said 282 road signals had been replaced or repaired. Because of drunk driving, Johannesburg has among the highest number of pole wraparounds in the world, says Sean Kreusch, the DA’s transport representative in the city.

Mokoena was previously a chief administrator at both the South African Football Association and Basketball SA – both positions ended acrimoniously. He was DG of Home Affairs under Mbeki, but was fired after an exposé by the Sunday Times which revealed that he had allegedly illegally provided permits to Zambian basketball players and later ran the team from his office.

An IFP member, Mokoena was parachuted into the IFP headquarters as a strategist after he lost his job as Home Affairs DG, and in 2018, former Johannesburg mayor Herman Mashaba appointed him to the board of the JRA.

When the IFP became a coalition partner of the ANC to win Johannesburg in 2019, he was made board chairperson.

A whistleblower in the JRA is concerned. “At JRA we are heading towards a disaster. The JRA board has met no less than 10 times since its appointment in March (2020). Questions ought to be asked. How many meetings has Dr Mokoena attended and how much has been paid to date from JRA?”

The whistleblower also alleged in a note to the mayor’s office that the board was meddling in the advertising, evaluation and awarding of tenders (it had allegedly commandeered the power to appoint even a junior supply chain manager).

The upshot was that only 2% of capex was spent.  The person alleged that IFP officials sat in on JRA meetings “…the same as how Gayton McKenzie (of the Patriotic Alliance, another coalition partner) has sat in on meetings of the Johannesburg Property Company”, according to the complainant.  The Sunday Times reported last week on McKenzie’s forays.

The JRA refused to say how many meetings it has held in 2020. “The board has sat as and when required by the shareholder policy of the city,” it said in a statement.

Asked what qualified Mokoena for the role, the agency said: “…he served on various boards in the sports sector and public entities boards. He holds a number of qualifications, to name a few: BCom, MBA, Doctorate in Business Administration and a number of post-graduate certificates in corporate governance.”

In addition to Mokoena, the JRA appointed a twice-failed municipal manager and ANC cadre as CEO in September. For background on Republic Monakedi see this article.

Because Johannesburg’s roads carry so much traffic and are essential to the country’s economy, the city started an asphalt plant for the production of tar to keep the roads in good nick about a decade ago. But the plant is now defunct.

Kreusch says this is because it was imported from Spain and there are not enough skilled artisans to operate it as the instructions are in Spanish.

“The city is now hiring contractors at hyper-inflated prices and the JRA stopped local residents filling potholes,” he says.

Kreusch’s oversight depot visits have also revealed the city is running out of manhole covers (because they get stolen to supply the parallel steel industry) while councillor Tim Truluck attributes the worsening potholes crisis to the death of a JRA staffer, Welcome Zulu, who was a go-getter.

Truluck is a long-time councillor and he says that the roads need a deep-fix, but that contractors are only doing surface repairs on potholes which is why they tend to lift when it rains, worsening the condition of roads.

“The asphalt plant is not operational at the moment as the JRA is currently in a procurement process to source input material,” said Zondi.

“We get a lot of complaints in Gauteng – especially after heavy rains. The fixes don’t last. It’s a huge road safety issue as drivers swerve to avoid potholes without looking out for pedestrians, cyclists or other cars. A successful safe systems approach means road surfaces must be safe,” says the AA spokesperson Layton Beard. DM