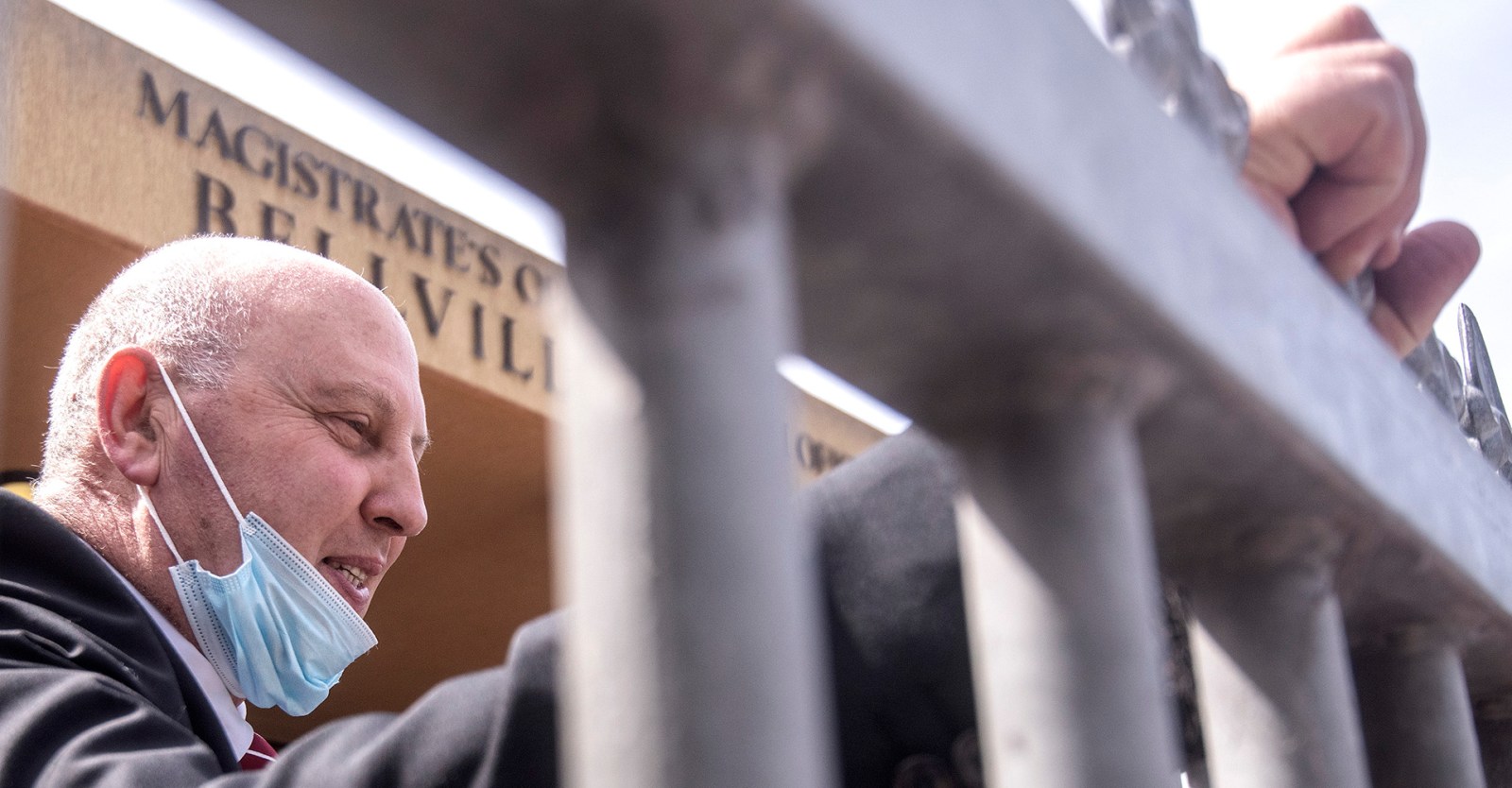 Zane Kilian’s lawyer, Eric Bryer, said the matter will not be heard on Tuesday because his client has been in contact with an inmate who tested positive for Covid-19. Kilian was tested on Monday and once the result is known he will be placed under quarantine for at least 10 days. (Photo: Gallo Images / Brenton Geach)

Murder accused Zane Kilian pinged the phone of Cape Town criminal lawyer William Booth 500 times between March and September 2020. Booth is one of several people within the legal fraternity and underworld whose devices were pinged over the past six months.

Former rugby player and murder accused Zane Kilian allegedly pinged the phones of several people within the legal fraternity and underworld more than 10,000 times over a period of six months. A ping costs around R150, which means that he has spent in the region of R1.5-million.

Kilian is facing charges of murder, conspiracy to commit murder and illegal interception of communication relating to the assassination of Anti-Gang Unit Lieutenant Charl Kinnear on 18 September outside his house in Gearing Street, Bishop Lavis. Kilian is known to have pinged Kinnear’s phone 2,116 times until he was killed.

He now also faces an additional charge of attempted murder relating to the botched attack on Booth. Booth, a Cape Town criminal lawyer, survived an attempt on his life at his home in Higgovale in Cape Town in April 2020.

Bryer told Maverick Citizen that at this stage he could not say who all the people Kilian pinged were but he was aware that Booth’s phone was pinged 500 times from March 2020 till September.

This was confirmed by the National Prosecuting Authority regional spokesperson Eric Ntabazalila who said: “We can confirm that one of phones pinged by Kilian was that of William Booth. He was, therefore, charged with his involvement in the attempted murder of Booth.”

It is likely that Kilian will face further charges.

Bryer said: “More charges relating to the pings will be added before the bail application. We don’t have a copy of the pinging list but there is a possibility that he could be facing more charges of murder and conspiracy to commit murder because one cannot discount anything. There are rumours [that] there are prominent people on the ping list who have been murdered.”

Bryer could not confirm if the phone of murdered lawyer Pete Mihalik was also pinged by Kilian, saying this could only be ascertained once investigators identified and revealed who was on the list.

Mihalik was gunned down in October 2018 while dropping his child at school in Green Point. At the time, Mihalik was representing several underworld figures in various matters.

Investigators will also try to establish a pattern to determine whether pinging was called for by one or underworld figures, and whether Kilian was used as a pawn in the internal underworld war for supremacy.

Another case that investigators are likely to have a closer look at is the shooting at a beachfront restaurant in Gordons’s Bay last month. A 40-year-old man was gunned down in broad daylight by a biker who stopped in front of Talla’s Tavern on Beach Road. In that incident, the gunman brazenly walked into the restaurant and shot and killed his target.

From the amounts of pings and the number of murders and attempted murders linked to the pinging it would take the State considerable time to complete the indictment. It will be a painstaking task for the investigators to identify and arrest all those who ordered Kilian to do the pinging and the gunmen who carried out the hits. Bryer is of the view it could take the State up to a year to compile the indictment.

Investigators will also try to establish a pattern to determine whether pinging was called for by one or underworld figures, and whether Kilian was used as a pawn in the internal underworld war for supremacy.

Meanwhile, Bryer is adamant that his client should not be facing a charge of murder relating to the assassination of Kinnear, saying: “Everyone has seen the CCTV footage and everyone can see the size of the accused who is a huge monster. The CCTV footage shows the shooter to be the size of a jockey. Bryer also said there was talk of CCTV footage from a shop owner in the vicinity where Kinnear was killed, showing the hooded accused was in the area for six hours prior to the shots being fired.

“It also shows the shooter had no cellphone in his ears [sic] or hands when the fatal shots were fired. I think those facts speak for themselves.”

But in several judgments, the Western Cape High Court ruled that although gang leaders didn’t carry out hits, they gave the order and hence acted with common purpose. The State is likely to cite these cases as precedent for a conviction of Kilian.

Documents detailing the fraud count against Kilian handed in by the State at the Bellville Regional Court states that on 9 October 2020 at the Bishop Lavis Magistrates’ Court the accused is guilty of fraud after he had unlawfully allowed documents be handed in by his counsel showing he was registered as a private investigator with Prisa.

Kilian is expected to appear on Tuesday 27 October in the Cape Town Magistrates’ Court in connection with attempted murder and fraud case. His bail application in the Kinnear case will be heard on 27 November.

Kilian’s counsel advocate Eckhard Rosemann has meanwhile appointed bodyguards who were at his side in and outside the Bellville Magistrate’s Court. Rosemann said a waiter who served him at a restaurant was told by her manager not to serve him without a bulletproof vest because he is a target.

Meanwhile, the investigation by the late Kinnear into the gun racket scam which implicated alleged underworld kingpin Nafiz Modack and at least 20 corrupt Gauteng police officers is now yielding some success and showing cracks within the underworld.

Bryer told Maverick Citizen that he was also representing Modack and family members who were arrested and released in connection with charges relating to the gun-licence racket. DM/MC