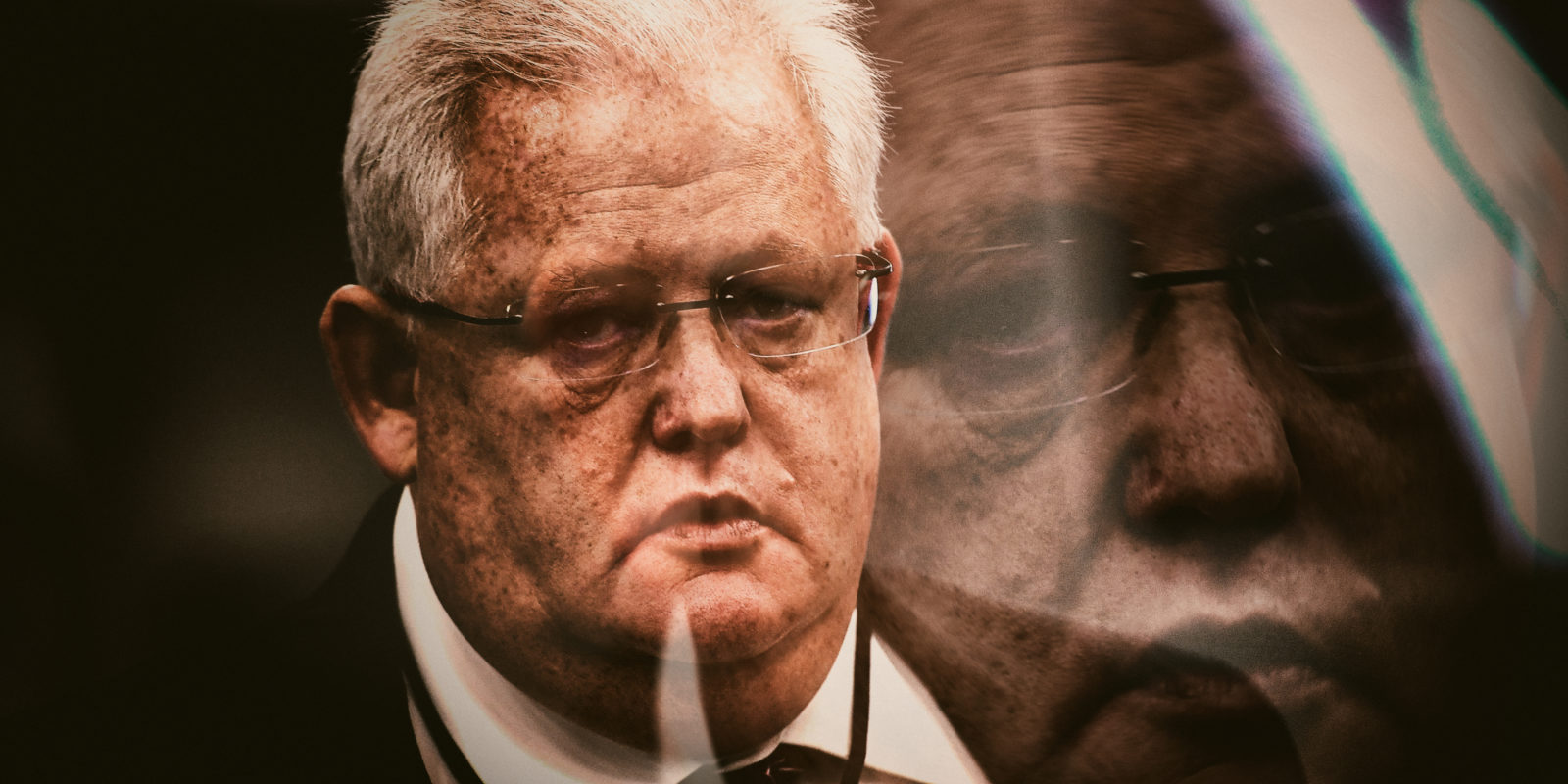 Around the same time that former Bosasa chief operating officer Angelo Agrizzi detailed explosive allegations of corruption at the State Capture inquiry, he transferred R30-million to offshore accounts. He failed to disclose those assets in court recently. Prosecutors now believe he is a flight risk and that his bail appeal should be denied.

Former Bosasa chief operating officer Angelo Agrizzi, who is under guard while being treated at a private Johannesburg hospital, is critically ill and could be at risk of contracting and dying from Covid-19 due to his comorbidities if he returns to Johannesburg Prison, the Johannesburg High Court heard on Monday.

Agrizzi applied to the court to appeal the Palm Ridge Magistrate’s Court decision to reject his bail application on 14 October.

He is accused of providing former ANC MP Vincent Smith with R870,000 in cash and services, while Smith was chairperson of Parliament’s correctional services committee, to shut down concerns about lucrative Bosasa contracts.

Agrizzi was not in court on Monday.

Reading a letter from his physician, advocate Mannie Witz said Agrizzi was “gravely ill in our intensive care unit” and was breathing through a ventilator and on dialysis. He is vulnerable to Covid-19 as he has diabetes and hypertension.

“If he goes back to prison with these comorbidities and his age, that’s the end of the appellant,” said Witz.

He said Agrizzi was chained to his hospital bed and there were three armed guards in his room, with another three outside the door and three more in the car park. He was admitted to hospital and suffered a heart attack after a brief stint at Johannesburg Prison.

Prosecutor Arnold Rossouw said, “We don’t want a sick man who has comorbidities to die in prison.”

“The problem is that the appellant decided to mislead the court when he applied for bail.”

Prosecutors believe Agrizzi deliberately misled the court by initially failing to disclose his offshore assets and failed to explain the omission, which made him a flight risk.

Agrizzi had told the court he and his wife owned immovable property in South Africa worth R14-million and had R2.6-million in movable assets.

Investigators found Agrizzi and his wife Debbie had transferred approximately R24-million to offshore accounts between December 2018 and January 2019. From February 2019, he invested R6.69-million in cryptocurrency, which was then transferred to unknown recipients or locations.

Agrizzi first testified at the State Capture inquiry for nine days in January 2019.

“Assets in Italy, in France, wherever, we don’t know where all his assets are,” said Rossouw.

Witz said Agrizzi had eventually disclosed his foreign assets to the court and he committed to explaining his investments to prosecutors. He said all of the transfers to offshore accounts were in line with Reserve Bank and SARS laws. He claimed he had transferred assets into his wife’s name due to his ill health.

“You can’t fault someone for investing offshore,” said Witz.

Agrizzi has provided some of the most dramatic and explosive testimony at the State Capture inquiry, detailing how Bosasa allegedly bribed a wide range of government officials and politicians to win lucrative tenders and avoid investigation.

Witz said he had cooperated with the inquiry and other authorities. He said Agrizzi was not a flight risk as he had no family members abroad.

He said Agrizzi is willing to hand over key documents, such as title deeds for his overseas property, to the authorities to prove he has no plans to leave the country.

Bosasa and Agrizzi allegedly installed a security system at Smith’s house, to the value of R200,000 and made over R671,000 in deposits to Smith’s company’s account, part of which, Smith has claimed, was a personal loan Agrizzi made to Smith so he could pay his daughter’s fees at a university in Wales.

Witz claimed the case against Agrizzi was flimsy.

He said Agrizzi did not benefit from the payments to Smith and was a scapegoat for Bosasa – later called African Global Operations, which is in liquidation – and Bosasa CEO Gavin Watson, who died in August 2019.

“No payments come from the appellant,” said Witz, which prosecutors disputed.

The state argued that Agrizzi had presented new evidence in his appeal and should apply for bail again in the Magistrate’s Court rather than the Johannesburg High Court.

Judge Ratha Mokgoatlheng said he would deliver judgment on Friday. Agrizzi and Smith are expected back in court on 3 December.  Smith pleaded not guilty when he appeared in court earlier this month. DM

or
Continue with Google
or