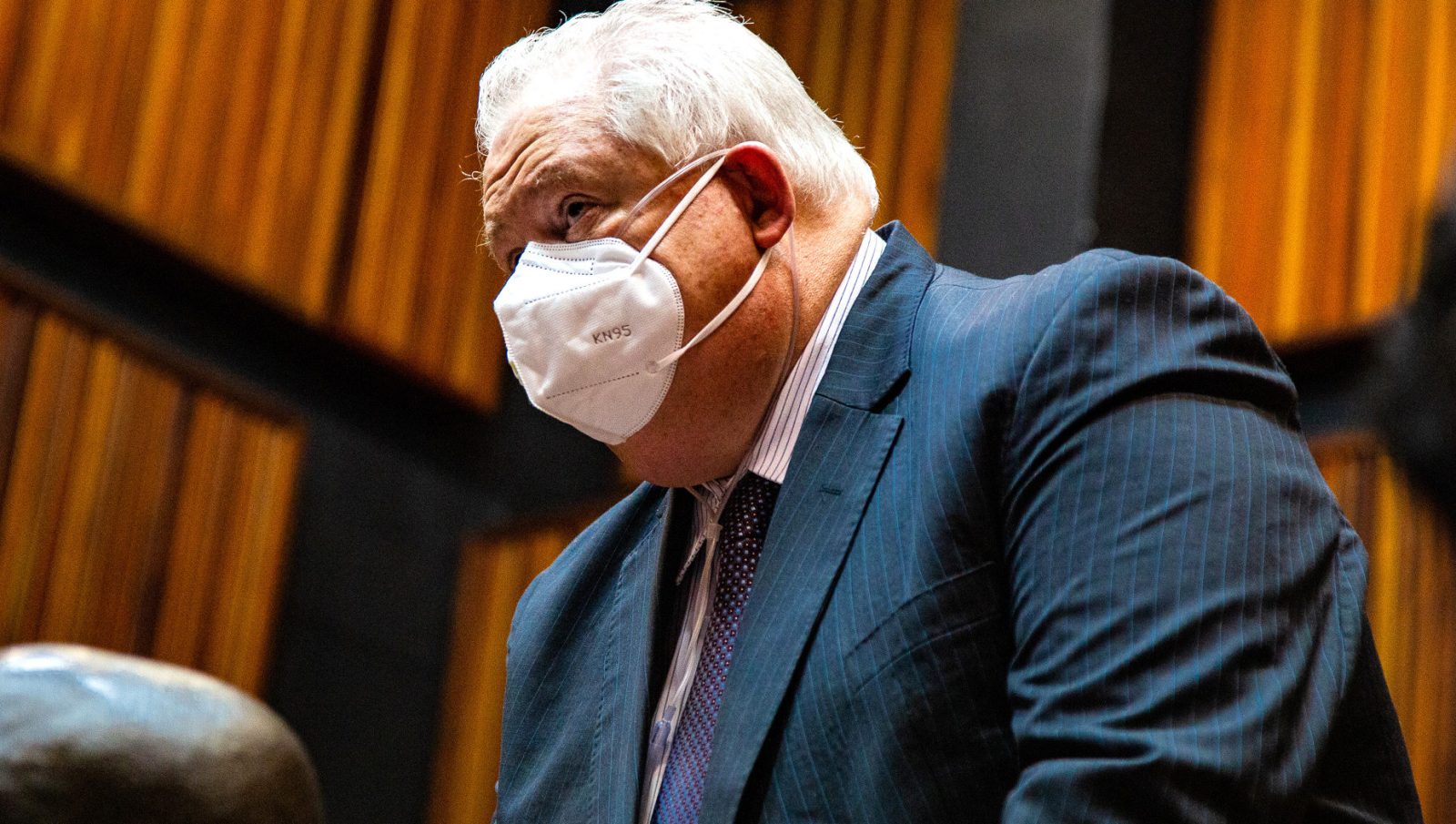 Bosasa’s Angelo Agrizzi was denied bail on Wednesday as he faces charges of corruption in relation to alleged bribes that he administered to former ANC member of Parliament Vincent Smith.

Unfortunately for Agrizzi, unlike his co-accused who is currently out on bail, the State argued successfully that Agrizzi was a flight risk owing to the resources at his disposal.

Agrizzi handed himself over at the Brackendowns Police Station in Johannesburg on Thursday morning. After being formally charged, a sickly Agrizzi, with an oxygen unit in tow, made an appearance at the Palm Ridge Magistrates’ Court in Ekurhuleni alongside Smith.

Smith did not stay long as his matter was postponed until 3 December, with the court left to hear Agrizzi’s bail application. Earlier this month, Smith pleaded not guilty to one charge of corruption and one charge of fraud.

Agrizzi is accused of using his position at Bosasa to transfer money to Smith, via the latter’s company Euro Blitz 48.

The transactions included security upgrades to Smith’s home in 2014, and totalled R800,000, the court heard. They were meant to motivate the former chairperson of Parliament’s Correctional Services Committee to downplay the irregular distribution of security tenders to Bosasa by the department.

The payments were intended “as improper inducements in furtherance of an ongoing scheme to influence” Smith to use his position in Parliament as chairperson of the Portfolio Committee on Correctional Services to the advantage of Bosasa, the indictment states.

The State sought for Agrizzi to be remanded in custody. This was on the grounds that the 52-year-old had not been honest in declaring his full assets, including assets to the value of at least R24-million, which he has stored in offshore accounts.

Agrizzi is already out on R20,000 bail, relating to allegations of corruption, fraud and money laundering with some of his former Bosasa colleagues. And the State highlighted the fact that even in the bail application for that ongoing matter, he failed to disclose his full assets.

“The problem is not that the applicant has offshore assets, the problem is that he failed to disclose those assets when applying for bail. He painted a picture of someone who has R2-million in movable assets, and R14-million in fixed assets in South Africa,” stated prosecutor Arno Rossouw.

The insinuation was that Agrizzi had systematically moved those assets over the few years, in preparation for a comfortable life in Italy.

However, Agrizzi’s legal representative Mannie Witz submitted that due to his ongoing cooperation with local authorities, stemming from his appearance at the Zondo Commission, Agrizzi had displayed that he is not a flight risk.

“Had I not conformed as a whistleblower in relation to various acts committed by Bosasa and African Global Operations, including the information and evidence that I gave relating to the present matter, at enormous risk of both my life and the safety of my family, many of these cases would not even have been investigated,” submitted Witz, reading an affidavit drafted by Agrizzi to the court.

Witz added that Agrizzi was rooted to South Africa because his children, his partner and some of the assets were all in South Africa. The legal representative also cited Agrizzi’s ill-health and comorbidities which put him at risk of contracting Covid-19 if he were to be remanded in custody.

After considering all those factors, the magistrate presiding over the hearing, Phillip Venter, denied Agrizzi bail.

“The biggest headache of the National Prosecuting Authority (NPA) in the ‘Gupta Saga’, and their accountability, is extradition to South Africa to stand trial in order to account for the allegations against them,” said Venter.

“I cannot contribute to yet another name being added to that headache. Mr Agrizzi, after all is considered, your application for bail is dismissed.”

Agrizzi is expected to remain in custody until his joint appearance with Smith on 3 December.

Smith and Agrizzi have testified before the Zondo Commission of Inquiry into State Capture.

Acknowledging receiving payments, Smith said that the “Aber Accom/Tuition” payment was for his daughter’s fees at the University of Aberystwyth in Wales. Smith claimed, however, that the money stemmed from a personal loan agreement he had made with Agrizzi, rather than being related to Bosasa. “It was never, ever a Bosasa agreement,” Smith told the Zondo Commission.

In testimony in January last year, Agrizzi delivered bombshell testimony, blowing the whistle on alleged beneficiaries – including Smith – who were caught in Bosasa’s corrupt tentacles. DM