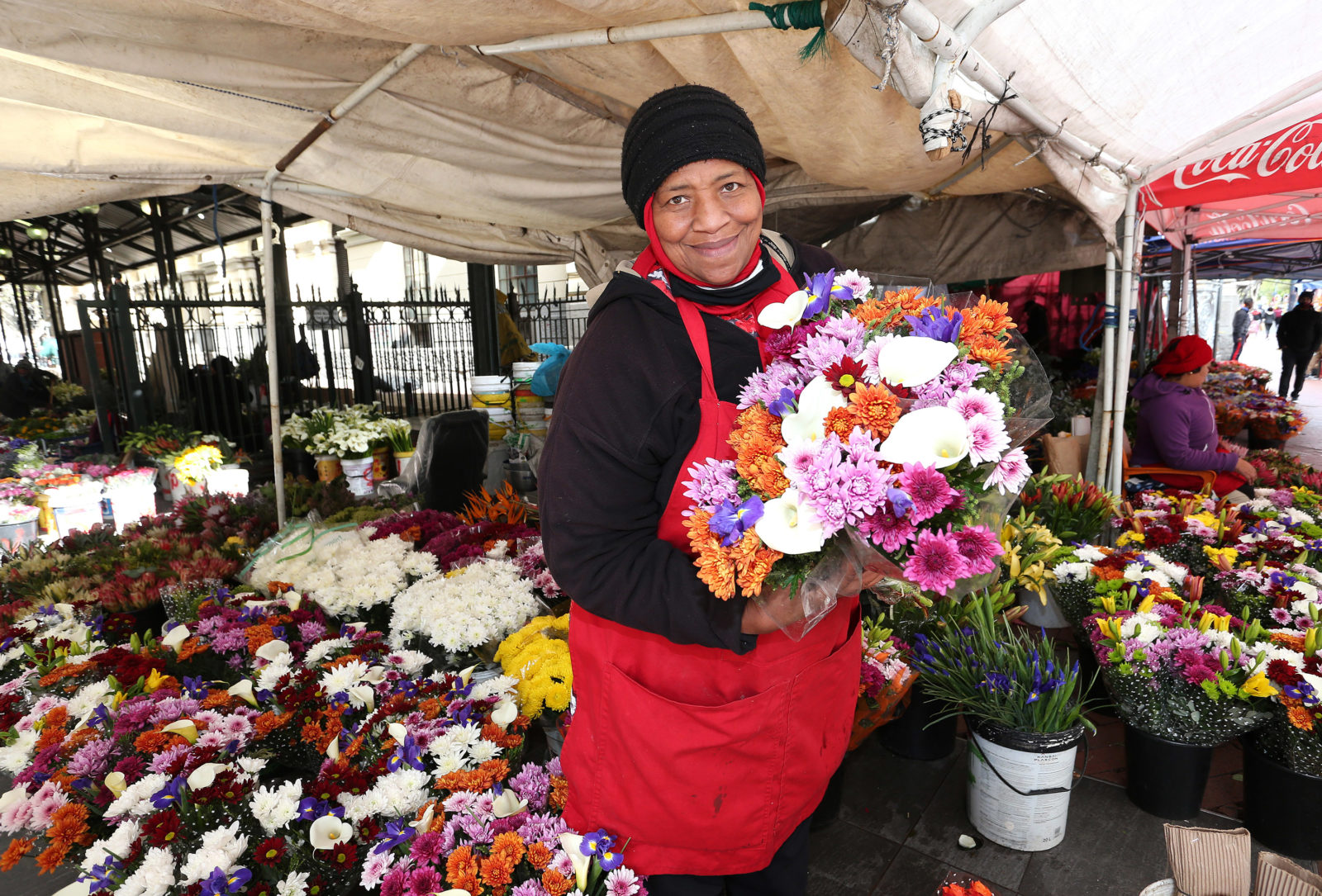 Faldela Dickson sells flowers at the Flower Market in Adderley Street in Cape Town. Despite the Western Cape having a high labour force participation rate of 55.2% and the lowest expanded unemployment rate in South Africa at 27.3%, it is estimated that in the Western Cape, 151,744 jobs will be lost in 2020. (Photo by Gallo Images/Shaun Roy)

It is estimated that the Western Cape will lose 151,744 jobs by the end of 2020. But it is not all doom and gloom. Western Cape Finance MEC David Maynier says the province is set to recover faster than the rest of the country from the economic effects of Covid-19.

“We can and we will bounce back in the Western Cape,” said provincial finance MEC David Maynier at a sitting of the Western Cape provincial legislature on Tuesday 20 October, where he delivered key policy documents on the economic outlook.

Maynier delivered the annual Provincial Economic Review and Outlook and Municipal Economic Review and Outlook research documents which outline key economic trends and developments in the Western Cape. Maynier delivered his speech during a hybrid sitting of the provincial legislature, where some members were present while others viewed the sitting virtually.

Maynier said that in comparison to the previous year’s speech, any cautious optimism over a recovery in South Africa had been “shattered as the reality of the global Covid-19 pandemic hit, with the immediate health crisis very quickly resulting in a global economic crisis”.

Covid-19 had a serious effect on the revenue for the province. The travel and alcohol industries “were particularly hard hit due to the travel and alcohol bans in place under the Covid-19 lockdown restrictions, with the wine industry losing an estimated R300-million per week under alert Level 5 restrictions with 350 wine producers going out of business”, said Maynier.

Despite the Western Cape having a high labour force participation rate of 55.2% and the lowest expanded unemployment rate in South Africa at 27.3%, “we estimate that in the Western Cape, 151,744 jobs will be lost in 2020” said Maynier. “And the fact is that there are still too many people, especially young people, who do not have jobs or who have given up looking for jobs in the Western Cape.”

In addition, risks outlined by the provincial treasury point to “an unstable national economy with increasingly unsustainable debt levels, load shedding as a result of a critically constrained national electricity grid and the continued burden of failing zombie state-owned enterprises like South African Airways,” said Maynier.

This did not include the challenges of Covid-19, said Maynier.

He listed new challenges centred on key revenue spinners in the wine and travel industries:

“A collapse in global travel, with our tourism sector unable to restart because of the ‘red list’ which kills our key source markets for international tourism in the Western Cape” and “restrictions on the sale of alcohol, which have severely impacted our hospitality and wine sectors, and which have not yet been fully lifted.”

On opportunities for the province, Maynier singled out agriculture, particularly the export of citrus.

“In July and August, South Africa exported almost R8-billion in citrus in what is expected to be one of the best seasons on record,” said Maynier. “This was thanks to a solid local harvest, but also strong demand, especially in Europe, for vitamin C as Covid-19 caused consumers to become more conscious of protecting their immune systems.”

Maynier said the Western Cape produced 79% of South Africa’s soft citrus fruit, 60% of its oranges and 49% of its lemons.

He said the provincial treasury expected the Western Cape to have a slow recovery rate — 1% a year between 2020 and 2024 — but expected “the provincial economy to grow at a faster rate than the national economy”.

Maynier said Western Cape Premier Alan Winde was scheduled to address a sitting of the provincial legislature where “he will outline the tough decisions necessary to deliver jobs, to deliver safety and to deliver dignity in the Western Cape”. DM