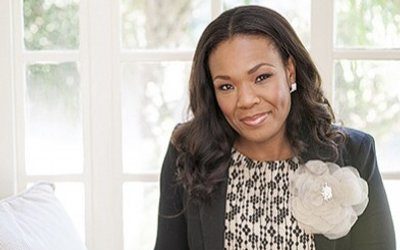 The nomination of Deputy Auditor-General Tsakani Maluleke as the new AG from 1 December continues the tradition of the deputy stepping into that office. But Maluleke makes history as the first woman recommended for the post.

In one of those rare moments of parliamentary unity, Deputy Auditor-General Tsakani Maluleke was recommended to take over from the outgoing Auditor-General Kimi Makwetu, whose seven-year term ends on 30 November.

That recommendation must now go to the House for a final adoption, but given it was a unanimous decision across party political divides, no surprises are expected.

It was a short meeting on Tuesday when the ad-hoc committee established to find the next Auditor-General chaired by ANC MP Nokuzola Tolashe met again after having waited some six weeks for the State Security Agency vetting outcomes.

It was up to ANC MP Sifiso Buthelezi, also chairperson of the Standing Committee on Appropriations, to start off what effectively was a round-robin final nomination process.

And that person was Deputy Auditor General, Tsakani Maluleke.

“It is my opinion the interview process was fair, transparent and above suspicion… It gives me pleasure to support Ms Maluleke,” De Villiers said.

IFP Chief Whip Narend Singh concurred, saying “the one candidate, who stands out because of experience, leading by example… is Ms Tsakani Maluleke”.

Makwetu in a statement on Tuesday congratulated Maluleke on her nomination as his successor.

“This position requires a delicate balance of often competing priorities. The candidate elect is not short of appreciating this and the steadfast hand required to lead the organisation into the future…

“I have no doubt that Tsakani, as the recommended candidate, is well equipped to fulfil the functions for the position of the AG as set out in the Public Audit Act,” said Makwetu.

The recommendation came after six candidates were interviewed over 10 hours in late August, even dealing with a bout of rolling power outages as the interviews unfolded in physical reality with all Covid-19 health and safety protocols observed.

With over 20 years experience in the private and public sectors, Maluleke would become Auditor-General at a time when the office has at its disposal greater powers to act against persistent malfeasance, including personal cost orders against accounting officers at all spheres of government.

It’s also a pressurised time given the Covid-19 tender corruption saga, which has the Auditor-General doing real-time audits and checks.

The Auditor-General is one of the institutions supporting democracy established in Chapter 9 of the Constitution. The AG serves a non-renewable term of between five and 10 years, according to Section 189.

The tradition since the Thabo Mbeki administration has been to appoint the Auditor-General for a non-renewable seven-year term. The tradition of the deputy taking over dates back to Shauket Fakie taking over in 1999 after the AG’s office was restructured in line with the 1996 Constitution.

On Tuesday, MPs from across the political landscape made sure that Maluleke emerged as the best from among, what was described as, a group of well-qualified, credible candidates.

“We agree Tsakani Maluleke is the best candidate,” Tolashe wrapped up the hour-long proceedings on Tuesday.

The next steps are for the ad-hoc committee to formally adopt its report with Maluleke as the unanimous recommendation and then for that report to go to the House for adoption – possibly as soon as Thursday. Once agreed upon, the nomination will go to President Cyril Ramaphosa to make the official appointment. DM