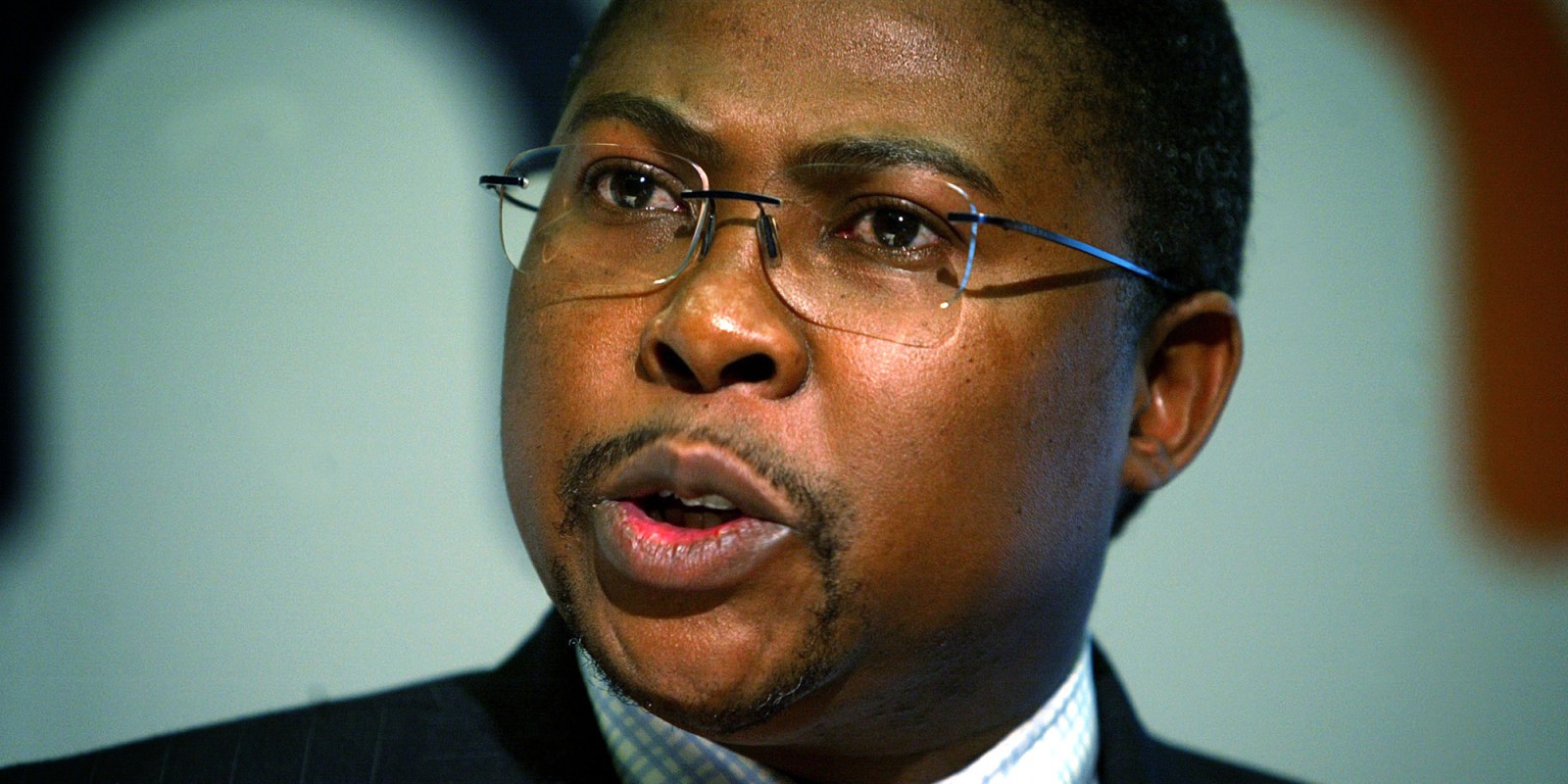 Transnet’s board twisted itself into legal knots to ensure former CEO Siyabonga Gama’s return in 2011. Gama waltzed back into the SOE with a clean slate and a full pocket, despite adverse findings against him. Christopher Todd, a partner at Bowmans law firm, testified at the inquiry on Thursday.

Transnet’s board acted irrationally when it reinstated disgraced former Freight Rail CEO Siyabonga Gama in 2011. The question is: why?

In a written submission to the inquiry, Gigaba has denied any influence over Gama’s return to the state-owned enterprise (SOE). However, his special adviser, Siyabonga Mahlangu, reportedly called Transnet’s head of group legal to press for Gama’s reinstatement.

Christopher Todd, a partner at Bowmans law firm, testified at the inquiry on Thursday.

Todd is a labour law expert who worked closely with Transnet in relation to the disciplinary inquiry into Gama’s conduct. He detailed what was clearly irrational conduct at Transnet.

As indicated in the first minutes of his appearance, Todd has previously presided at the labour court. He is a labour law expert, with decades of experience and published academic works to his name.

“It’s important for your evidence for everyone to know Transnet had the benefits of a specialist in labour law,” noted Zondo.

Gama argued that he was the victim of a conspiracy at Transnet, driven by a “cabal” intent on thwarting his ambitions of becoming group CEO. Gama’s bid failed: he lost the high court case.

Three strikes, not out

Gama’s conduct as CEO of Transnet Freight Rail (TFR) came under scrutiny during disciplinary proceedings, following his suspension in 2009. He faced three main charges and was found guilty on all fronts in Transnet’s internal process.

The first concerned an R800-million contract for the refurbishment of 50 locomotives. The second related to an irregular security contract which ultimately racked up a bill of some R95-million. The third pertained to Gama’s attack on colleagues who raised the issue of his misconduct.

Transnet’s board was opposed to an outside entity assembling the refurbished locomotives. It supported Transnet’s own workshop division completing the work in South Africa and stipulated as much. However, Gama concluded a contract which achieved the opposite.

“That involved corruption,” said Todd of the refurbishment contract. He said the project manager responsible for execution under Gama held a personal interest in the joint venture which secured the reassembling of the refurbished locomotives in conflict with the board’s direction.

“The idea was simply that Mr Gama and his team had been told in specific terms by the board that when you do this transaction you must use a Transnet facility and not an outside service provider and he went against this,” said Zondo.

The security services contract was linked to the then minister of communications, Siphiwe Nyanda.

He held a 50% stake in the company to which Transnet awarded the work, General Nyanda Security Advisory Services (GNS). “The irregularity was stark,” said Todd.

An open and public tender process for the security work was initiated, then abandoned, and GNS made an unsolicited bid for the work (with tips provided by Transnet officials). Two officials who pushed through the proposal were dismissed. Gama approved and signed the proposal.

Gama exceeded his authority because, according to Todd, the annual value of the contract with GNS was R18-million, while Gama held delegated authority to sign contracts to a maximum of R10-million.

(In this Daily Maverick article, a figure of R19-million for the GNS contract is recorded, based on a report by the then minister of public enterprises, Barbara Hogan, in Parliament.)

Todd testified that Gama exceeding his authority was not the reason for the strike against Gama over the security deal. The true problems lay in Gama’s conduct during the disciplinary inquiry and his approval for a confinement in favour of GNS.

Todd said, “Mr Gama, in the course of the hearing, specifically put it through his council to Transnet’s witnesses that he had no personal relationship with General Nyanda.”

Cornered with these facts, Gama admitted that he and Nyanda were golf buddies and said he had denied a personal relationship because he was concerned that too much would be made of the connection.

At this, Zondo recalled Hogan’s evidence in November 2018. She reported her shock at Zuma’s position on the perfect candidate for group CEO at Transnet. Zuma deemed Gama fit for the top job, despite three serious strikes against Gama arising from the disciplinary process.

“[Zuma] wanted me to go ahead with the appointment of Gama. I said, ‘I can’t do that.’ He then said that no appointment to Transnet must be made until the disciplinary process against Gama was concluded. I said I would provide him with further evidence. I was already feeling that the president was exceeding his authority here,” testified Hogan.

After the adverse findings against him during the disciplinary process, Gama was summarily dismissed. However, it was not long before he was jockeying for reinstatement at Transnet.

“How does an employee who has been dismissed as CEO of TFR come to the negotiations for settlement and demand an even higher position? What makes him even put that on the table?” asked Zondo.

Transnet had issued a final warning against Gama arising from the damning findings against him. However, this was moot when he returned to the SOE. The six-month warning lapsed between Gama being fired and returning in 2011. Instead of having an axe over his head, he waltzed into Transnet with a clean slate.

“It was a very strange message to send. It sort of said Mr Gama is actually back in full sway with no real consequences for his conduct,” said Todd.

“There is no risk,” said Zondo, adding no practical consequence applied.

Evidence leader advocate Anton Myburgh SC observed a critical benefit of this decision: when Gama applied for the position of group CEO of Transnet he held an ostensibly clean record.

Transnet settled with Gama on outrageous terms. The SOE covered Gama’s back pay of R10-million, paid bonuses and footed the bill for the bulk of his legal fees. “The terms of the settlement were evidently adverse to Transnet,” said Todd.

“It strongly supports the position that a decision had been taken to reinstate Mr Gama,” said Myburgh.

“They wanted Mr Gama to be back in the business, that is the only logical conclusion,” said Todd.

Todd asserted that in ensuring Gama’s return, it was clear good governance was not the board’s priority.

“Unless the board had decided, ‘You know what? Let’s have chief executives who don’t read documents or who don’t mind and who try to cover it up and fight like crazy when called to account.’ Because that’s the bottom line. That’s what Mr Gama did,” said Todd.

Key to unravelling the saga of Gama’s return was: what made board chairperson Mafika Mkwanazi decide Gama should be Transnet’s prodigal son?

An order from the highest office in the country is a persuasive probability. Mkwanazi may provide an answer when he testifies on Friday 16 October. DM