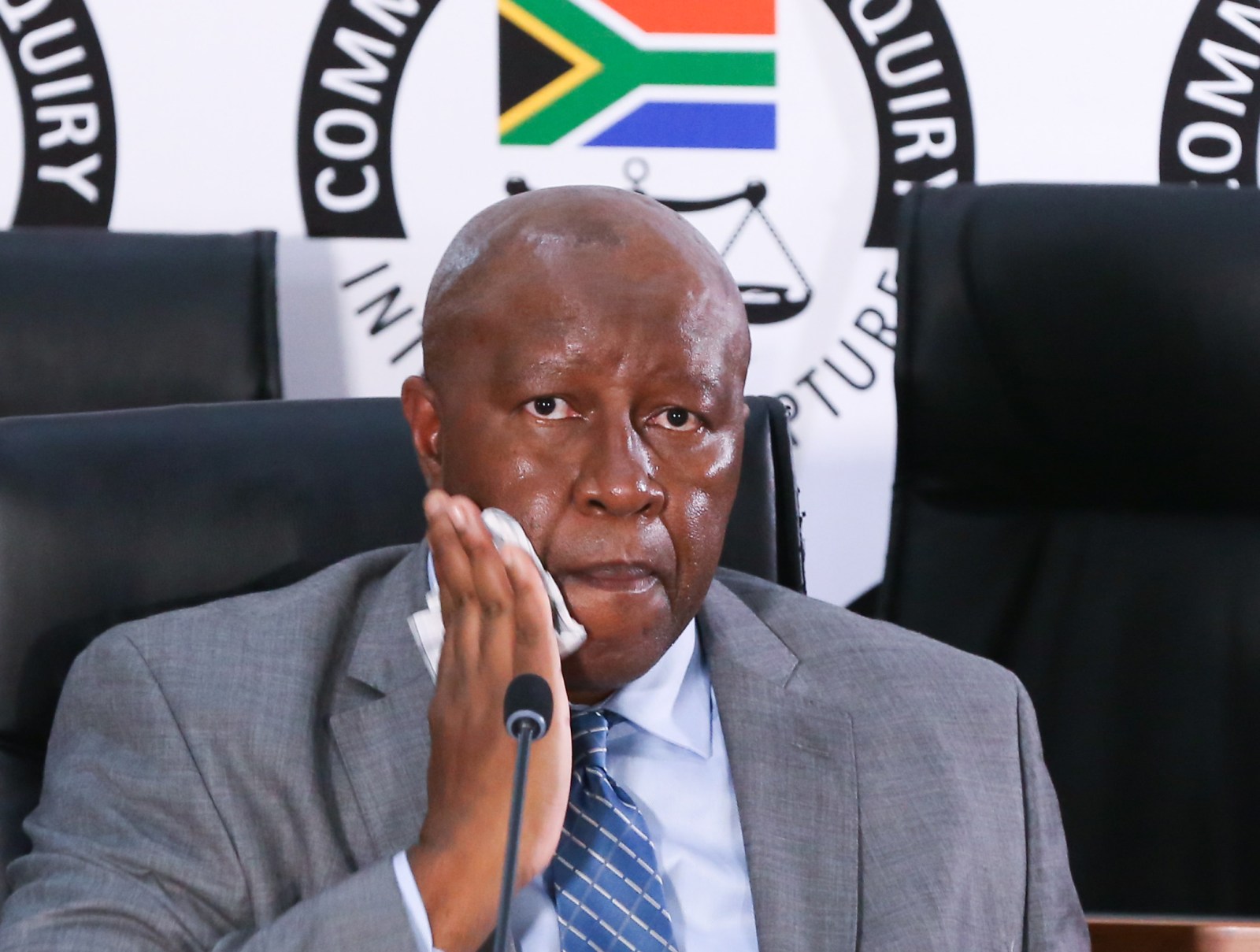 Another day’s evidence, another damning allegation against Jacob Zuma. The former president stands accused of ordering Siyabonga Gama’s return to Transnet, which was achieved at gross expense. Zuma is obliged to testify at the State Capture Inquiry in a month’s time.

Once again, former president Jacob Zuma has been implicated in testimony at the State Capture Inquiry. The latest allegation relates to events at Transnet that began more than a decade ago.

The testimony reflects a familiar pattern. A number of witnesses have claimed Zuma unlawfully controlled the affairs of key government institutions, including the National Prosecuting Authority (NPA) and parastatals Eskom, Transnet and SAA.

“Higher up, by assumption, was the Presidency,” he said.

Mapoma was testifying at the inquiry on Wednesday 14 October. His mention of Zuma comes one month before the former president is required to testify for a second time.

Mapoma’s testimony focused on the curious tale of Gama’s suspension, dismissal and reinstatement.

Gama was Transnet’s ultimate comeback kid: he was suspended for gross misconduct in 2009, found guilty at a disciplinary hearing and fired in 2010, and returned in 2011 with a bounty of benefits, including full back pay.

Transnet confirmed Gama’s suspension on Wednesday 2 September 2009.  A statement issued that day recorded that Gama had faced an inquiry over alleged misconduct in connection with two contracts, one for locomotive refurbishments, the other for security services.

Gama approved a R19-million contract for security services when he only held authority to sign off contracts up to R10-million. The contract was awarded to General Nyanda Security Advisory Services (GNS) in which the then communications minister, Siphiwe Nyanda, held a 50% stake.

Transnet found Gama guilty of each charge against him in the disciplinary process. The finding against him was a reported 200 pages long. He was fired in June 2010, yet seniors at the parastatal were soon occupied with carving a path for his return.

Mapoma said he “assumed” that Zuma drove Gama’s return, which came at great expense to Transnet. On Thursday 15 September 2011 the then minister of public enterprises, Malusi Gigaba, defended Transnet’s multimillion-rand payment to Gaba.

“The payment of R10m as reflected in the annual financial statements consists of his annual guaranteed salary, the short and long-term incentive awards and encashment of leave days,” wrote Gigaba.

Mapoma testified that he received repeated calls from Gigaba’s special adviser, Siyabonga Mahlangu, asking about delays in the process and urging Mapoma to accelerate Gama’s reinstatement.

Mapoma said Mafika Mkwanazi, then chairperson of Transnet’s board, tasked him with ensuring Gama’s return.

“From the outset of my interactions with Mr Mkwanazi [he] made it clear to me that he had been instructed to reinstate Mr Gama, and that he wanted to find a way to do so cleanly,” Mapoma said.

Evidence leader advocate Anton Myburgh SC asked Mapoma what he thought Mkwanazi meant by “cleanly” to which the witness replied that Mkwanazi required board approval.

“Although I did not consider it my place to ask who had instructed him, I assumed that it must have been former president Zuma,” continued Mapoma.

“Why did Mr Mkwanazi capitulate during the settlement negotiations?” asked Myburgh.

Zondo interjected, “I don’t think it’s accurate to say Transnet capitulated completely because it would have been a complete capitulation if they reinstated Mr Gama, they gave him full back pay and all the benefits.

“But they went further than that. So, I don’t know what you call it. They paid his contribution of 75% on his legal costs and all of that. So, it seems to me that it is something much more than capitulation.”

Consultant Nick Linnell has testified that Zuma wanted an inquiry into Eskom’s affairs. Two witnesses detailed a meeting at the presidential residence on Sunday 8 March 2015. They claim that the then SAA chairperson, Dudu Myeni, opened the discussion, attended by Zuma and others.

Former Eskom board chairperson Dr Ben Ngubane has cited the evidence of his predecessor which traces the bogus inquiry that formed the basis for suspending the executives, to Zuma.

“[The then Eskom chair,] Mr [Zola] Tsotsi told us that there was a big, thick document in the Presidency about how this inquiry must be conducted,” testified Ngubane.

According to former board member Venete Klein, Eskom paid settlements to three of the four executives totalling R18.2-million. Klein suggested the figure was peanuts compared to Eskom’s then daily operational cost of R30-million, and R375-million annual turnover.

In August 2019, former national director of public prosecutions (NDPP) Mxolisi Nxasana testified that Zuma wanted him out of the NPA’s top job. Nxasana averred that Zuma flouted the proper process to achieve that end.

He testified that Zuma said, “We must just settle this, you have to leave and you have to sort out your issues with my legal team of how you vacate the office.”

Nxasana testified about his irregular R17-million sweetener and claimed Zuma’s lawyer Michael Hulley asked him to lie in court and say he wanted to leave the NPA. Nxasana maintained he was fit and proper for the role, whereas Zuma wanted him out.

Mapoma’s testimony on Zuma’s alleged role in Gama’s return to Transnet adds to the heap of issues about which Zuma is required to answer. He is obliged to appear at the commission in a month’s time.

In early October, Zondo gave the green light for a summons compelling Zuma to testify over five days from Monday 16 November.

Zuma’s attorney Eric Mabuza responded repeatedly that Zuma’s legal team would persist in a bid to have Zondo recused.

On Thursday 15 October further evidence on Transnet is expected, with Christopher Todd, a director at Bowman Gilfillan Attorneys, set to testify. DM