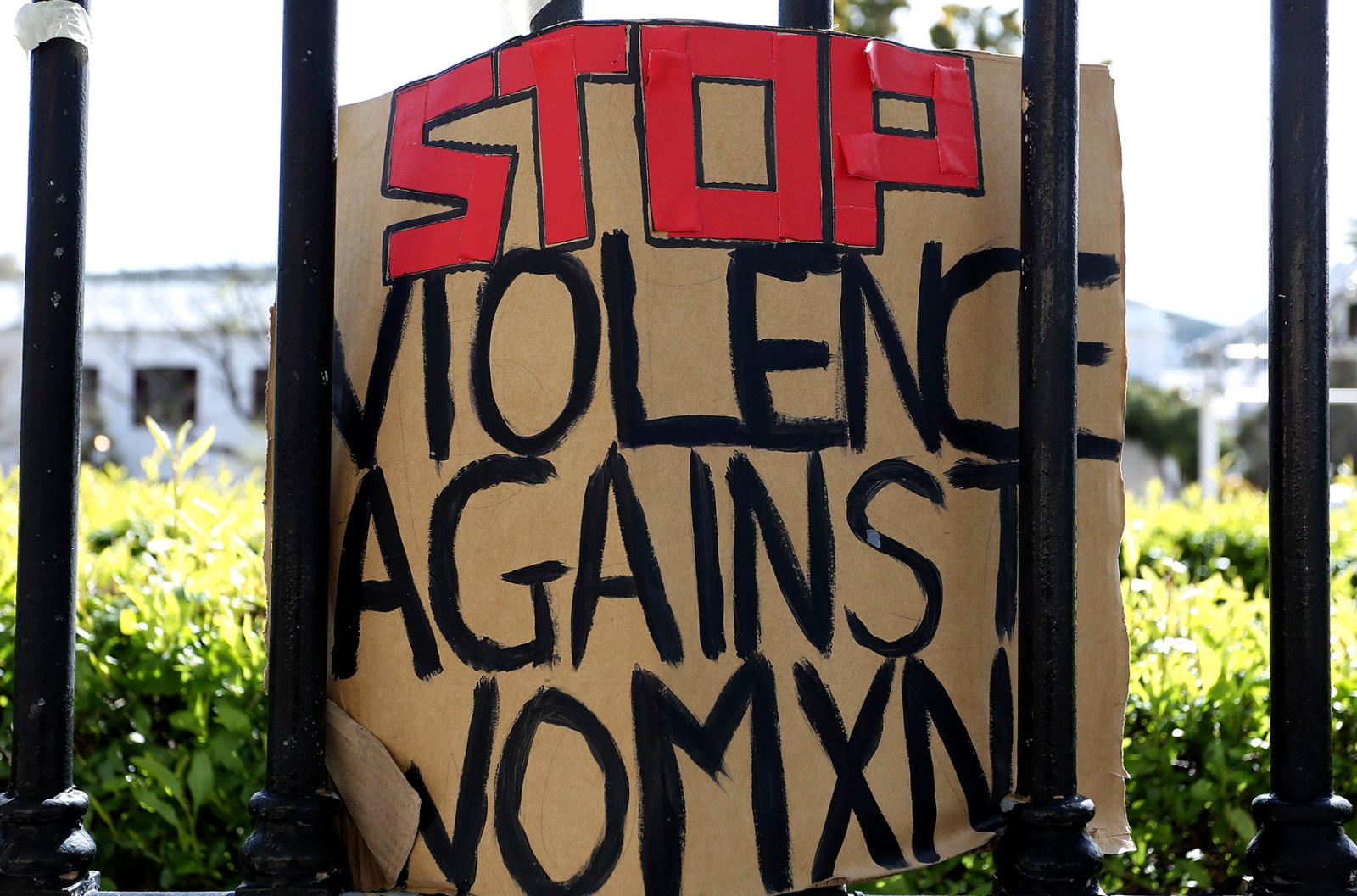 During an online roundtable discussion held by the Department of Women, Youth and Persons with Disabilities on Wednesday, Civil Society Organisations (CSOs) complained that a proposed Board of Trustees to oversee the implementation of the National Strategic Plan on Gender-based Violence and Femicide (NSP) is illegitimate and against what’s written in the NSP.

Civil society activists are at odds with the Department of Women, Youth and Persons with Disabilities over a proposed Board of Trustees that will establish the National Council on Gender-Based Violence and Femicide (NCGBVF).

During an online roundtable discussion held by the Department of Women, Youth and Persons with Disabilities on Wednesday, Civil Society Organisations (CSOs) complained that the board would go against the National Strategic Plan on Gender-based violence and femicide (NSP) which requires official legislation to legitimise the NCGBVF.

“We all know that legislation takes long. So what happens when women are dying and we are waiting for legislation that will come in two years or three years,” asked Advocate Mkateko Joyce Maluleke Director at Department of Justice and Constitutional Development (DOJ&CD).

Legislation to legitimise the council has not been submitted to Parliament. The DOJ&CD was tasked with drafting a bill that sets out the powers and functions of the council which is meant to oversee the implementation of the NSP.

In the absence of legislation, the Board of Trustees will be put in place as an interim body to fulfill the oversight function and, according to Maluleke, allow government and civil society to “work together”.

Last week on Wednesday, the Department invited nominations from CSOs for persons to join the Board of Trustees.

Onica Makwakwa, director for the Feminists united to advance Women Inspired Solutions for Empowerment Collective (WISE) felt there was capacity to move “swiftly” in passing legislation:

“It’s still not clear to me why the argument of lengthy processes to establish legislation for the council is even given air, because we all agreed that this is an emergency and just like government did for responding to Covid, they must commit to work as swiftly, efficiently and collaboratively to get this legislation in place and fast-track the installation of the council in the same ‘effective immediately’ fashion they demonstrated with Covid-19. It’s now a matter of political will because we saw the capacity!” said Makwakwa.

A feminist collective under the banner of “Call for Action” have started a petition against the establishing of the board.

In a statement that has not been formally released, the collective indicated that the board is an attempt to circumvent the legislative process and the Terms of Reference for the powers, scope, and functions of the National Council the trustees are supposed to form were not publicised.

“It is a risk to encourage the public to nominate trustees that could agree to serve on a structure that has no guiding framework. Consequently, if people avail themselves, it is unclear what they will be agreeing to.”

Last week, the DA raised concerns that there was no budget to fund the establishment of the National Council, despite Treasury having allocated R5-million to the process.

According to the department, some CSOs are already implementing the NSP but these efforts are uncoordinated.

During the discussion, some CSOs complained that they had not received funding allocated through the  Emergency Response Action Plan on Gender-based Violence and Femicide (ERAP) a six-month rapid response plan for which R1.6 billion was allocated.

The department said they would follow up on funds which were dispersed through the National Development Agency.

Speaking during the event, Advocate Brenda Madumise-Pajibo said a timeline was needed for when legislation would be finalised and was concerned about the interim nature of the board.

“If it is true that Gender-based violence is an emergency in this country our actions should be in that manner. ”

Madumise-Pajibo served on the Interim Steering Committee on GBVF.

Speaking at the event, Advocate Sibongile Ndashe from the initiative for Strategic Litigation Africa (ISLA) was concerned that the Board lacked accountability and budgeting frameworks.

Ndashe is a part of the Call for Action petitioning against the board.

The NSP is a bold plan of action aimed at eradicating GBV by 2030 and has six pillars: