Eskom must get its ducks in a row or else ‘organisati...

Eskom must get its ducks in a row or else ‘organisational culture’ will sink the business, De Ruyter tells conference 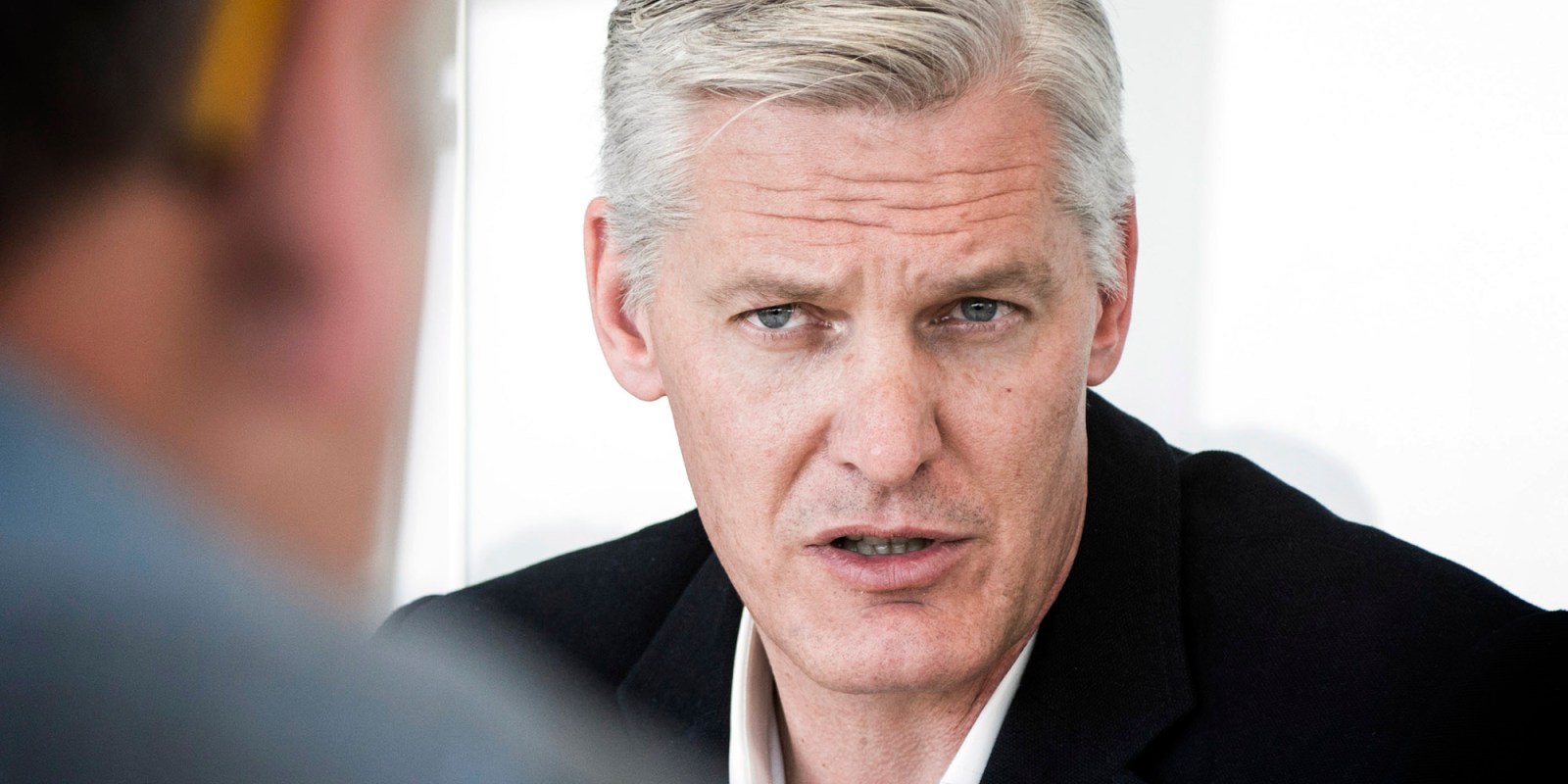 André de Ruyter has been shaking up the lethargic culture at the state-owned power utility, and for good reason: if the status quo is maintained, we all might as well stock up on candles and braai wood now.

Eskom’s group chief executive officer, André de Ruyter, told the Joburg Indaba mining conference that the utility’s “organisational culture” would sink the business if things did not change. This includes the fight against corruption, and Eskom remains in pursuit of those who enriched themselves while running the SOE into the ground. Oh, and its debt needs to be cut by more than half to R200-billion.

De Ruyter has been shaking up the lethargic culture at the state-owned power utility, and for good reason: if the status quo is maintained, we all might as well stock up on candles and braai wood now.

In a keynote address on Thursday to the online Joburg Indaba, organised by Resources 4 Africa, the CEO made it clear that a metamorphosis in culture was well underway at Megawatt Park.

“If we continue to leave Eskom’s organisational culture unattended, this has the potential to sink our business and severely compromise our value-add to the country,” he said.

Addressing this had included “the implementation of consequence management and disciplinary action for the failure to discharge critical duties in a quality manner”. In layperson’s terms, that means if you don’t perform, you will be shown the door. In September De Ruyter suspended two power station managers in the wake of Stage 4 load shedding for “apathetic behaviour”, so this is not just posturing.

“Irrespective of the investment made to develop plans and strategies, none of these will amount to anything if we do not have the right business culture. Having said so, let us also appreciate that organisational culture is not something that we are going to transform overnight and that there is no single silver bullet that will bring about the desired changes,” De Ruyter, seated before impressive shelves of books, said into the camera.

Carrots are also being used alongside the sticks. De Ruyter said he spends 90 minutes every week talking “to employees who have distinguished themselves with their contributions to Eskom”.

Of course, one of the biggest threats to Eskom has been the culture of corruption which saw the utility looted during the era of State Capture.

“We have also made efforts to reverse the rot of corruption. The issuing of summonses against 12 defendants (in this case, former Eskom employees and board members) associated with State Capture is a critical step in this effort,” De Ruyter said. This was in reference to the civil suit launched in August to recoup R3.8-billion that was allegedly diverted to help the Guptas purchase Optimum Coal. Key defendants in the case include former CEO Brian Molefe and former CFO Anoj Singh.

And there is more to come on that front.

“We will continue to pursue those who have sought to enrich themselves at the expense of Eskom, and are about to step up our legal processes to deliver these outcomes,” De Ruyter said. So there may be more alleged Eskom agents of State Capture out there having sleepless nights.

Changing the culture is also aimed at improving the company’s financial performance. Everything about Eskom is always mega, and not just watts. De Ruyter also said that, “Focused actions to address Eskom’s balance sheet are in progress. Our financial modelling illustrates that Eskom can only achieve independent financial sustainability if its debt balance is reduced to R200-billion, a closing cash balance of R30-billion, and an EBITDA [earnings before interest, taxes, depreciation, and amortisation] margin of 35%. Our debt was a staggering R488-billion as at end-March 2020; as you may imagine, the interest bill on this is unsustainable, and requires us to borrow money to pay interest.”

So, to be viable the company has to cut its debt by more than half from nose-bleed levels. That underscores the scale of mismanagement under the culture of impunity that is now in for a shock.

De Ruyter noted that, “It is clear that a structural solution must be found.” It is not just apathetic managers on the chopping block. DM/BM