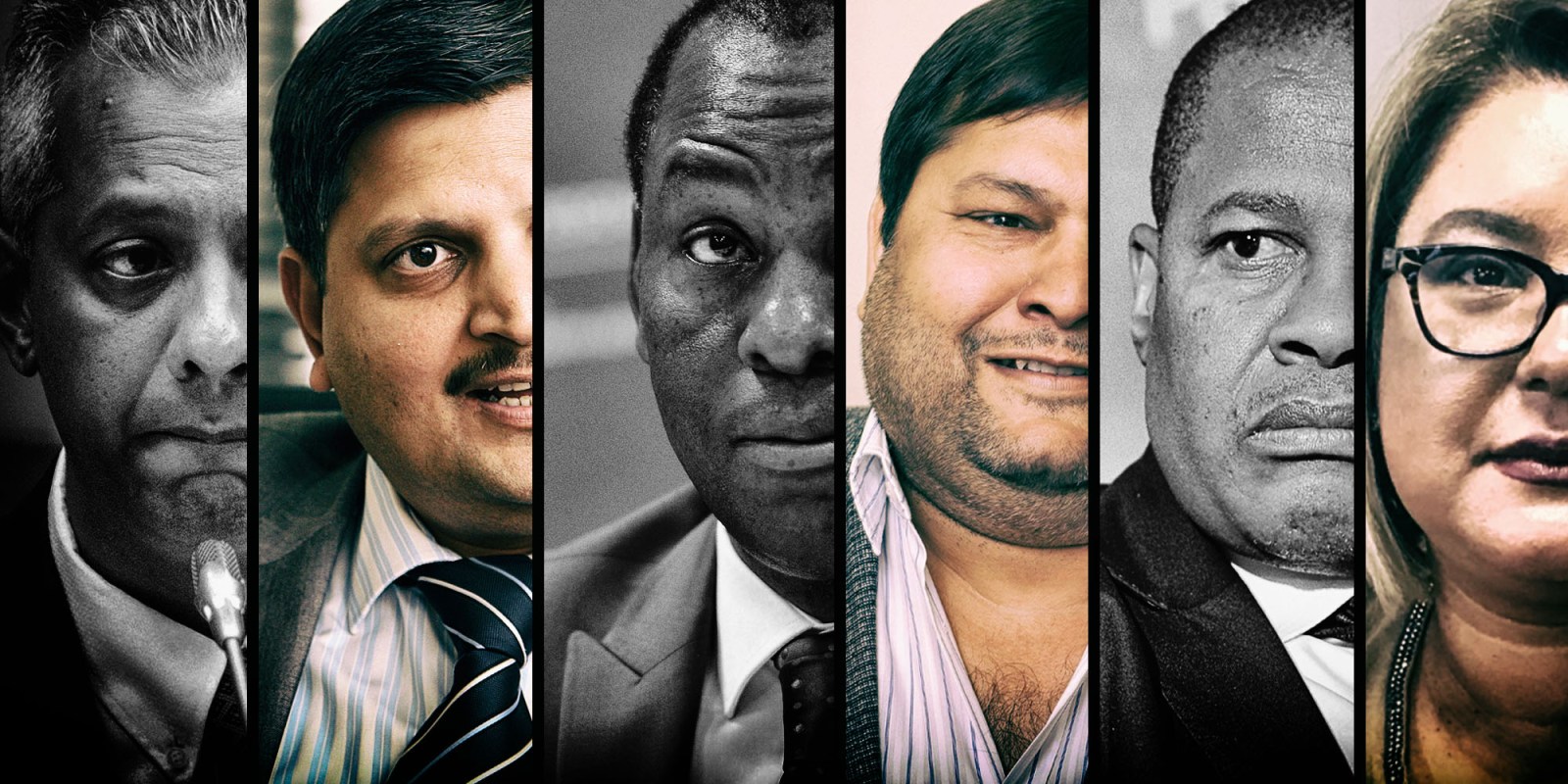 Eskom and the Special Investigating Unit have finally taken action against its former executives, the Gupta family and their associates, launching a civil suit to recoup R3.8-billion that the energy parastatal says was illegally diverted to help the Guptas purchase Optimum Coal. The move comes as law enforcement agencies have been slow to act on allegations of State Capture.

The list of defendants on Eskom and the Special Investigating Unit’s (SIU’s) summons issued in the North Gauteng High Court on Monday reads like a rogue’s list of characters allegedly involved in the capture and looting of the energy giant.

Then, of course, there are the Gupta brothers – Rajesh, Atul and Ajay – and their associate Salim Essa.

Eskom and the SIU are pursuing the 12 defendants to recover R3.8-billion “illegally diverted” from Eskom to support their purchase of Optimum Coal Holdings (OCH) in 2016, a brazen bid by the Gupta family to purchase Glencore’s coal operations.

It’s alleged that Eskom leaders effectively forced Glencore to sell Optimum, which was purchased by the Gupta family’s Tegeta in a deal that Zwane is said to have facilitated, and Eskom largely financed.

“All of the former executives and Board members breached their fiduciary duty of care and good faith to Eskom, and acted in a concerted State Capture effort with the Gupta Brothers, Mosebenzi Zwane and Salim Aziz Essa to illegally divert funds from Eskom,” said Eskom and the SIU in a statement on Monday.

“These 12 defendants acted in a concerted effort whose objective was the corrupt, alternatively irregular, diversion of resources from Eskom. As a result of their actions in the acquisition of OCH during this period, Eskom suffered at least R3.8-billion in losses which it is legally obliged and morally burdened to recover, together with the interest thereon.”

The R3.8-billion Eskom is pursuing includes an R3.1-billion loss to Eskom caused by a conspiracy to provide inadequate quantities of coal, R595-million in fees paid to the Gupta-linked company Trillian, and over R1-million paid to Absa to issue a bank guarantee to Tegeta.

Eskom spokesperson Sikonathi Mantshantsha said that after the sheriff of the court delivers the summons to defendants, they will have around 10 days to indicate whether they oppose the case and if so will then have to file their opposing court papers. He suggested the defendants might seek to delay the case as long as possible.

Eskom and the SIU described the Gupta brothers and Essa, who are all based in Dubai, as “fugitives from justice”. Mantshantsha told Cape Talk that Eskom and the SIU would pursue the defendants and their assets wherever they are located.

“We are under no illusion that we will recover the full R4-billion. Of course, people over the past five years, people have done a great deal of spiriting that money away and hiding it in places where we may never be able to find it, but we certainly will get more than it will cost us to prosecute this matter,” Mantshantsha told the radio station on Tuesday.

“We will indeed end up owning things that belong to some of them at this point. They may not be the full R4-billion but Eskom does not have the option of doing nothing in the face of this kind of injustice.”

Multiple criminal charges have been laid against members of the Gupta family, Eskom executives and their associates but the Hawks are still reported to be investigating the allegations despite reams of evidence exposed by the media in the #GuptaLeaks.

The defendants Daily Maverick contacted on Monday said they were yet to receive the summons. “I take note of the very detailed media statement issued by Eskom and the SIU. I have not been served with any papers as yet save to say that any summons shall be vigorously defended once received,” said Daniels.

Singh said “nothing received yet”. Koko told SAfm he hadn’t yet seen the summons. He said the almost R600-million Eskom paid Tegeta in advance for coal, which facilitated its purchase of Optimum, was a “legitimate transaction”.

The Organisation Undoing Tax Abuse (OUTA), which in 2017 laid criminal charges against nine of the 12 defendants Eskom and the SIU cited, welcomed the move.

“This action is long overdue, as both the parliamentary inquiry into Eskom and the Zondo Commission heard testimony on how Eskom was used to facilitate State Capture,” said OUTA CEO Wayne Duvenage.

“South Africans have long been frustrated by the lack of accountability in government and more specifically in our state-owned enterprises. Billions of rands meant to improve the lives of ordinary citizens have been looted by a few connected individuals in SOEs, and today’s news brings hope in a time when we are seeing yet another wave of plundering during the current crisis.”

DA MP Natasha Mazzone said the attempt to recoup the funds was a positive development.

“The fact is that the Guptas and their cronies happily bled South Africa dry, and their heinous actions, contributed directly to the economic regression the country has suffered, in part due to unreliable power generation,” Mazzone said.

“With new evidence of corruption being brought to light every day, these summons should serve as a warning to looters and capturers that though the wheels of justice sometimes turn slowly, and despite the many rocks thrown in its path, the wheels do turn.” DM