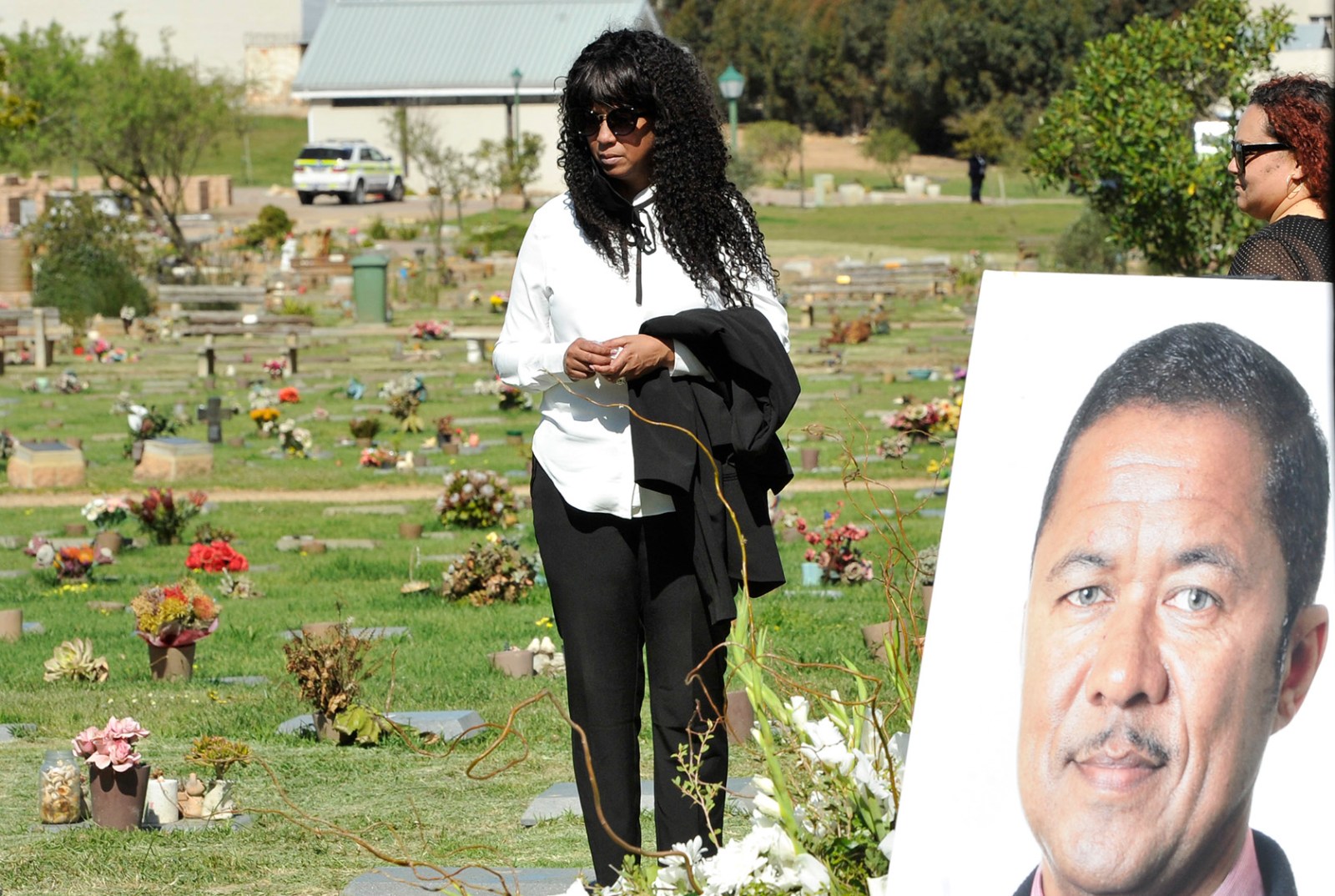 National SAPS commissioner Khehla Sitole’s admission to Parliament that no official approval had been granted for guards to be placed outside Kinnear home in Bishop Lavis, Cape Town, came as ‘no surprise’.

Nicolette Kinnear’s husband, Anti-Gang Unit Section Commander Lieutenant-Colonel Charl Kinnear, was assassinated outside the home they shared with their two sons in Bishop Lavis on 18 September 2020.

Kinnear, a decorated cop, was exposed because he had received no additional security, despite the high-profile investigations he was conducting, Sithole admitted to ACDP leader Kenneth Meshoe on Tuesday 6 September.

Kinnear’s life had been in danger for over a decade. In November 2019, the threat got real when two suspects, found with hand grenades in their possession, were arrested outside his home.

A suspected alleged hitman was also clocked outside the Cape Town Magistrates’ Court on two occasions early in 2020, when Kinnear attended a matter at the court.

Kinnear rocked the boat in 2019 when he compiled a 59-page affidavit in which he exposed battles between SAPS officers and their colleagues, who were known to collude with underworld figures.

“I’m really disappointed in what I’ve heard. Since the hand grenade incident, there were no guards placed outside our house. My husband’s boss, Major-General Andre Lincoln, out of the goodness of his heart, arranged that AGU [Anti-Gang Unit] members guard our house. They knew the life of one of their members was in danger,” said Nicolette Kinnear.

SAPS security policy dictates that Crime Intelligence does an assessment of any threat to the life of a member, but Nicolette said no one from that unit was at their house.

After Kinnear’s murder, Police Minister Bheki Cele was pressured by the media about who in the SAPS had failed Kinnear.

Cele was unable to provide an immediate answer and Nicolette Kinnear now awaits the outcome of an investigation ordered by the minister.

The answer by Sitole came as a shock to me. It was like throwing them [police] to the wolves. This is unacceptable that a person investigating dangerous criminals in the underworld is without protection at his house.

On what had prompted the ACDP leader to raise this issue with Sitole, Meshoe told Maverick Citizen he was perturbed by the serious allegations that emerged shortly after Kinnear’s death.

“The answer by Sitole came as a shock to me. It was like throwing them [police] to the wolves. This is unacceptable that a person investigating dangerous criminals in the underworld is without protection at his house,” said Meshoe.

The AGU, he added, needed to be protected “if we want to win the fight against the scourge of gang violence, gender-based violence, human trafficking, kidnapping and murder. If AGU members are protected, they will feel that sense of safety and no need to look over their shoulders,” Meshoe said.

Kinnear was not the only AGU member who did not receive protection when his life was threatened.

Before his death, Kinnear’s colleague had received death threats for three months from the Fast Guns gang. The officer’s identity is being withheld for security reasons.

The officer said: “Immediately after the assassination of Kinnear, I called my commanding officer to enquire about my safety. To my surprise, on Friday 18 September, after nearly three months, I discovered that no risk assessment analysis was made.

“My secret location was compromised while working with Kinnear on the gun-racket case in Gauteng and he regularly visited my house.”

The officer was not aware that Kinnear’s cellphone was being tracked: He only made the discovery shortly after his murder.

This officer was whisked away to another secret location on Monday 5 October after unknown bikers were seen hanging out in his area.

Despite these obvious threats, no one in SAPS top leadership followed up on Kinnear’s revelations in his report.

With Sitole’s admission that the police did fail Kinnear, the question now is whether Cele’s investigation will have any bearing on what has since emerged.

Meanwhile, murder accused and co-conspirator Zane Killian, who is alleged to have tracked Kinnear’s phone, will appear in the Bishop Lavis Magistrates’ Court on Friday 9 October.

Killian is facing charges of murder, conspiracy to commit murder and the illegal interception of communication.

During his previous appearance on Monday 5 October, prosecutor Greg Wolmarans indicated that the Bishop Lavis Magistrates’ Court was not “safe enough” to hear Killian’s bail application.

On Friday, a decision is expected to be made about where and when the matter will proceed. MC