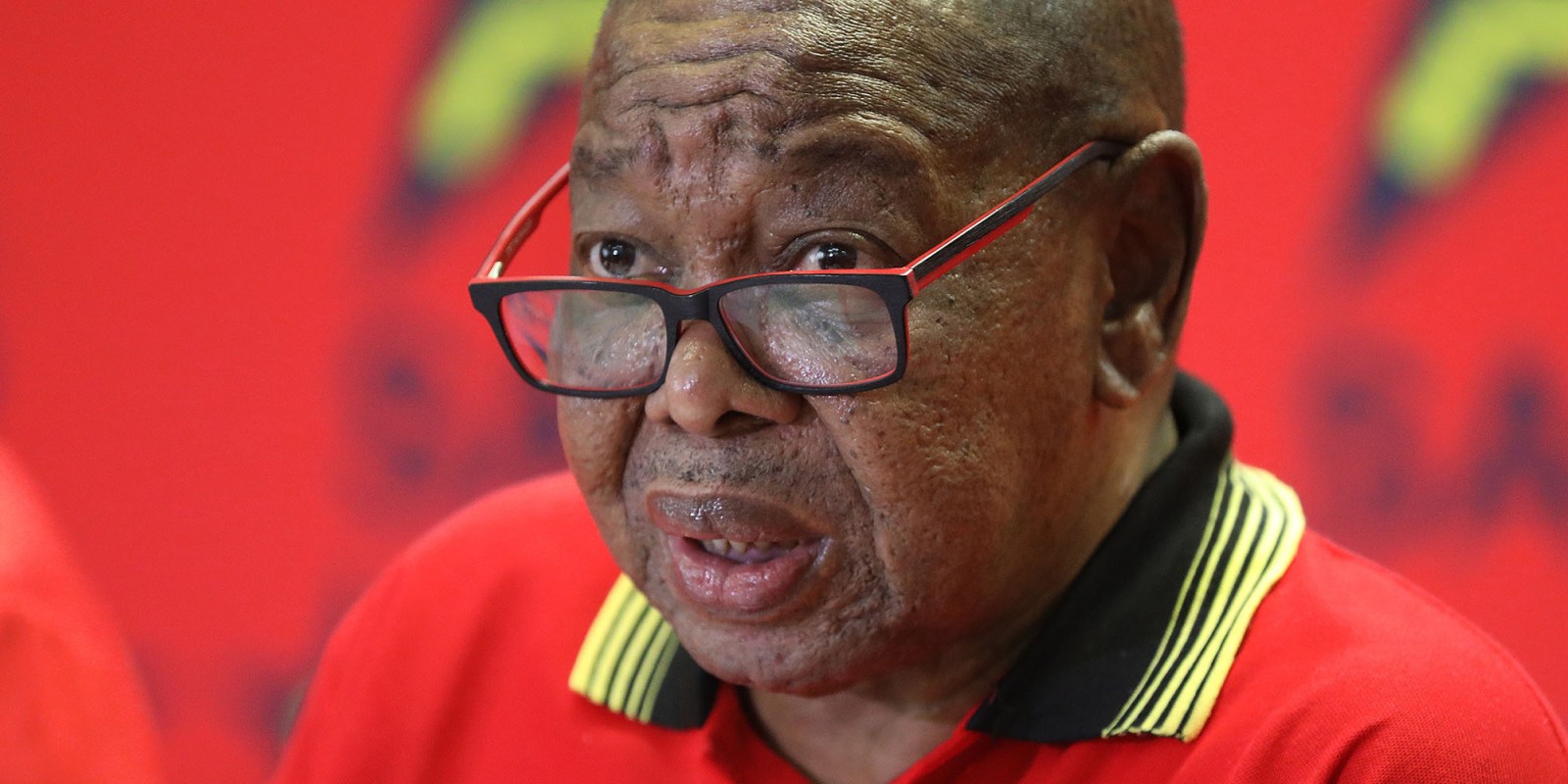 Party leader Blade Nzimande also announced the SACP would be supporting Cosatu in its nationwide protest this week against corruption.

The South African Communist Party (SACP) called for the swift implementation of National Health Insurance (NHI) as well as a Universal Basic Income Grant at its launch of “Red October” during a virtual rally on Sunday 4 October.

Much of the briefing focused on NHI, with party general secretary Blade Nzimande stating, “The Covid-19 pandemic has emphasised with the greatest urgency the absolute necessity of now advancing very rapidly with the implementation of a comprehensive National Health Insurance system based on the principle of solidarity.”

Nzimande said the pandemic had “exposed” the weaknesses of both the public and private health sectors. He said the public healthcare system was “overburdened” and “underfunded” and that “even before the pandemic, the private healthcare system was dysfunctional and even those with medical aids were finding that coverage was running out before the last months of the year”.

In order to advance towards a NHI, the party said, “down with budget cuts and the creeping defunding of the public healthcare system… the public health system needs more human and financial resources”.

Speaking extensively on Covid-19 and its effects on workers, Nzimande said “the increased indebtedness of the working class and the lower middle classes in the wake of the Covid-19 pandemic exacerbates food insecurity and deepens the crisis of social reproduction of many a household”. Nzimande said these issues needed to be addressed in South Africa’s economic recovery.

“Consideration should be given to another debt amnesty and/or other debt relief measures for workers and the lower middle classes, who are often at the mercy of private finance capital.”

Nzimande said the SACP called for the following:

“The levels of social distress, with a new job-loss bloodbath on top of existing crises, means that apart from thousands of localised initiatives and programmes, we have to respond with urgency and across the board,” said Nzimande.

He said the Special Covid-19 Social Relief of Distress Grant of R350 per month was a “lifeline to millions”, but added: “that grant is now due to expire at the end of this month… we cannot allow this to happen”. Nzimande said as an “urgent priority”, this grant needed to be converted into a Universal Basic Income Grant.

“Without this small but desperately needed lifeline many households will fall into deeper distress.”

Speakers at the rally – including those from the Young Communist League of South Africa, and tripartite alliance partners Cosatu and the ANC – called for corruption to end, although not once did anybody mention the allegations against Thulas Nxesi, the party’s deputy national chairperson. Earlier this week, the Zondo Commission heard how tender tycoon Edwin Sodi paid millions to ANC officials, including Nxesi.

‘I would like to state on record that I received absolutely no payment from Mr Edwin Sodi.

I have assured the Zondo Commission of my support for its work.’

Nzimande also announced the SACP would be supporting Cosatu in its nationwide protest this week against corruption.

“The SACP extends its full support to this day of action and to the demands advanced by the two largest and socialist federations in our country.”

This march is due to take place on Wednesday. DM